The Mind Is With Fear 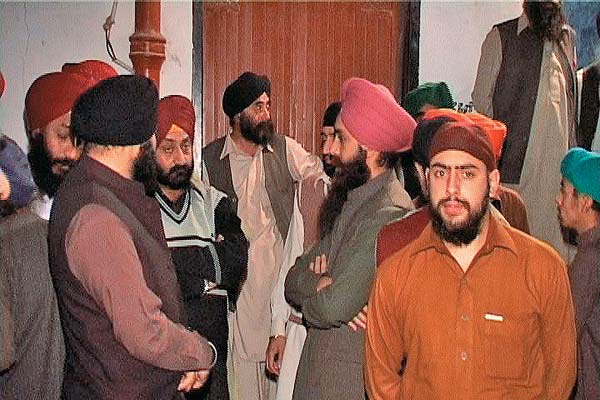 It’s February 21, Sunday, and an impenetrable fog of sorrow seems to have enveloped Mohala Jogan Shah, in the heart of Peshawar’s old city. It’s here that Jaspal Singh lived, the 28-year-old Sikh beheaded by the Tehreek-e-Taliban Pakistan (TTP) in the Terah valley. It’s here that his body was brought for the last rites, before it was taken for cremation on the banks of the Indus near Attock. Outside Jaspal’s house are Sikhs and Muslims, all mourning the dead man, perplexed at the bloody turn of events in this land of the Pashtuns.

In a small room in the house sits Jaspal’s father, Piyara Singh, his head bowed, hands clasping his knees. He meets everyone who walks in with an impassive glance, palpably shocked into stillness. In between the silence breaks. “I have no clue who killed my son...or even why. I am ruined,” he keeps repeating. A cousin of Jaspal adds, “We can’t say a word about this brutality. It’s better to keep mum.”  He wouldn’t reveal his name. The fear of further reprisals hangs heavy.

The Sikhs were driven out of Orakzai after they couldn’t raise the Rs 12 mn jazia demand of Hakimullah Mehsud.

Among the crowd waiting outside are also Muslims, some of them neighbours, others whom the family have never met. For them, Jaspal’s beheading has somehow come to symbolise the death of certain values they have grown up cherishing. Present here is also Nasir Khan Dawar, a senior journalist who fled North Waziristan (one of the seven autonomous tribal agencies that together constitute the Federally Administered Tribal Area, FATA) because of threats to his life. Dawar says warily to Outlook, “We have all been living together for centuries, there’s never been any discrimination. Those who came here under the protection of the Pashtuns (the foreign militants on the run from Afghanistan) have now become our masters. There’s a continuous effort now to subsume our culture.”

The tribal culture has indeed changed beyond recognition. In FATA, death is a vulture now soaring in the sky, waiting to swoop down on the innocent. On January 16, Jaspal Singh had left Peshawar, along with Gurwindar Singh and Surjeet Singh, for the town of Bara, where he owned a grocery store (the other two were cloth merchants). Jaspal had recently shifted residence to Peshawar after the Khyber Agency had come under the sway of militants, preferring to commute to Bara, a mere 20 minutes drive away from his new home. From Bara, the trio travelled to the Terah valley, also in Khyber Agency, for business purposes. 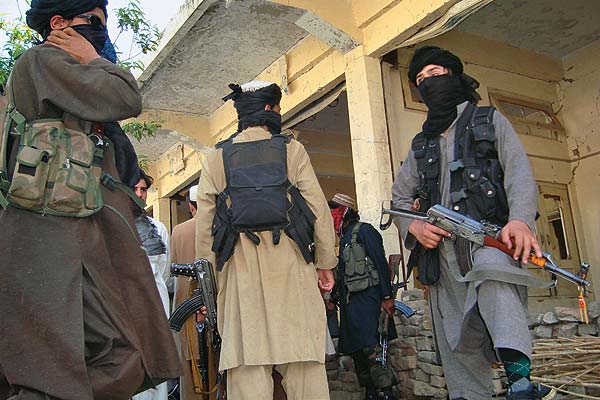 When the trio reached the Mathra area in the Terah valley, the militants struck. The trio were abducted and soon the demands started for ransom money. Jaspal’s father denies this, but sources in the Sikh community say a whopping Rs 30 million was demanded. Meanwhile, a spokesperson for the Taliban’s Tariq Afridi group rang up newspapers to claim responsibility for the abduction. Sources say the trio were whisked away to somewhere in Orakzai Agency, adjacent to the Khyber. Here they languished for 34 days before the militants beheaded Jaspal as his two friends watched. (Contrary to media reports, they have not been killed.) His headless body was dumped in Kasha, from where local tribesmen ferried it to Peshawar.

Jaspal’s beheading, though, also reportedly sparked off tensions between two militants groups—the Lashkar-i-Islam headed by Mangal Bagh Afridi of Khyber Agency and the Tariq Afridi faction belonging to Dara Adamkhel in the frontier region of Kohat. Tariq moved his fighters to Orakzai Agency following military operations in the gun-manufacturing town of Dara Adamkhel; his men have now incurred the wrath of Mangal Bagh who perceives in the tragic drama an implicit challenge to his authority.

Of course, this isn’t because Mangal is bound to any noble cause; the Sikhs were paying jazia, the medieval tax non-Muslims paid in lieu for protection and the right to follow their religion. Jazia came into vogue here in April ’09 when militants under the command of Hakimullah Mehsud (the murderous TTP chief who died of injuries after a US drone attack in January) imposed a levy of Rs 12 million on the Sikhs. Incidentally, the community has been living peacefully in Orakzai Agency for decades. Though the ‘imposition’ was much criticised, the Orakzai tribesmen didn’t intervene, fearing reprisals from Hakimullah. The tribal elders also had no authority over him as he belonged to the Mehsud tribe of South Waziristan. Since the Sikhs could raise only Rs 3.5 million, the TTP looted the Sikh businesses and houses and then auctioned them. The entire community was ordered out of Orakzai, most of them shifting to Peshawar, a few choosing Khyber as their new home.

In comparison to the TTP’s levy, Mangal’s demand on the 300 Sikh families living in Khyber was a mere Rs 1,000 per head per year. Since the Sikhs paid jazia, there are many in the area who are asking: why exactly was Jaspal kidnapped and beheaded? Will Mangal now retaliate against Tariq? Well, if he did, it wouldn’t surprise anyone here.

Even today, some Sikh families continue to live in the Terah valley, understanding their fate is no different from that of the ordinary Pashtuns here, for they do not have the firepower to combat the militants. Perhaps it’s this that has inspired the Sikhs of Maidan area of the Terah valley to join the Ansar-ul-Islam which is now fighting Mangal’s Lashkar-i-Islam (incidentally, the latter has moved away from the TTP ever since the army launched operations here). “We have nothing to do with the sectarian differences among the Muslim groups, but we have to defend our land...where we were born and where we will live in the future as well,” says one Sikh elder.

But there’s no denying these are hard days for the Sikhs of FATA. Says Arbab Muhammad Tahir Khan, an influential Awami National Party leader, “Our forefathers would always educate us about being gentle towards the vulnerable segments of society. These minorities are very much part and parcel of our life. We cannot discriminate against them. It’s the responsibility of the state to provide justice and protect the lives and property of every citizen, irrespective of their religion.” Sadly, the state is largely missing from Pakistan’s tribal belt.

The Azamgarh Can Of Worms