The Memory Of A Kingdom

Sonia could lend power to her party that was in a bad shape in 1998. The Congress is sicker now at Rahul’s ascendancy. Can he emulate his mother? 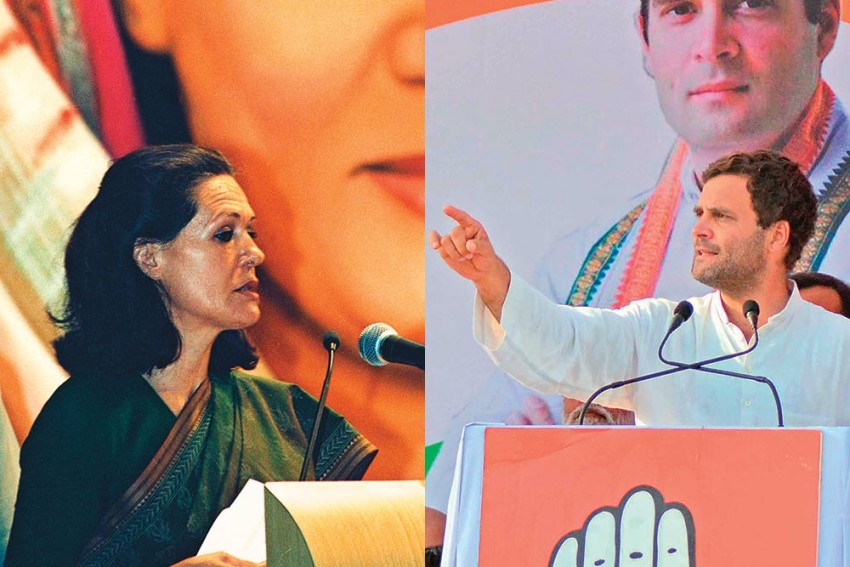 Crossroads
Rahul is to succeed his mother Sonia
Sudha Pai November 23, 2017 00:00 IST The Memory Of A Kingdom 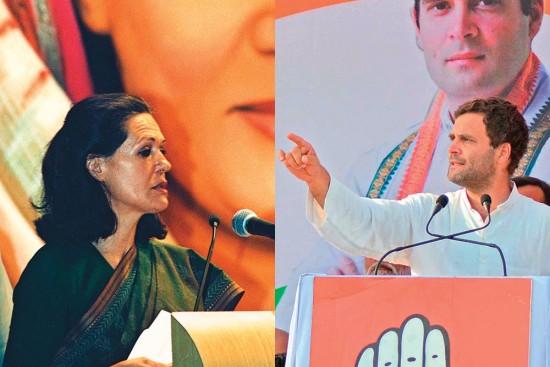 The grand old party of India is due for a change of guard from Sonia Gandhi to her son early this December. Such dynastic change has taken place within the Congress over six generations beginning with Motilal Nehru, but the present one is of seminal importance as the party faces a deep existential crisis. While the party has faced splits, assassination of leaders, organisational decline and electoral defeats in its 133 years, the 2014 national elections saw it touching a nadir, gaining just 44 seats, many from safe constituencies or those belonging to the family. This is reflective of a crisis of leadership, lack of ideological clarity, internal divisions and decay of organisation with little presence on the ground in many states, enabling the BJP to spread its presence in large parts of the country.

Now the time has come for the ascendancy of Rahul Gandhi, 47, to the party’s top. The Congress has not been—contrary to what is often assumed—a single party since its formation: there has been a distinct Nehruv­ian Congress, an Indira, a Rajiv, a Sonia and now a Rahul Congress. Each leader has left his/her stamp on the party and the country’s politics.

What Rahul will have to do urgently is to bring together respected senior netas along with the younger leaders.

The Sonia Gandhi period stands out as that of someone who initially hesitated to join politics and went on to show courage and achieve considerable success despite facing several problems. After her husband Rajiv Gandhi was assassinated in 1991, the baton was passed for the first time to a non-family leader. The party did survive under P.V. Narasimha Rao, but it was a difficult time. Only in 1998 did Sonia become the president, bringing the party back into the hands of the family. After 1991, several senior leaders consta­ntly invited her to head the party, but they managed to convince her only in 1997. Initially, she faced many challenges with Sharad Pawar and others leaving the party in 1999, citing her foreign origin and, two years later, Jitendra Prasad challenging her for the post of president. Overcoming these, she managed to provide stability—surely a modicum of it—and hold the party together. As leader of the Opposition in 2003, Sonia led a no-confidence motion against the A.B. Vajpayee government and launched a nation-wide campaign for the aam aadmi against the BJP’s India Shi­ning campaign. In 2004, she led her party to victory after a gap of almost 15 years, and again in 2009. Under her, the Pachmarhi conclave of the Congress declared that the era of single-party dominance was over and forming coalitions was necessary, leading eventually to the formation of the UPA.

Sonia chose to make Manmohan Singh the PM and she, as the UPA chairperson, provided the required stability though it led to allegations that she was the real power in the government. More importantly, Sonia set up an innovative National Advisory Council. It was criticised as an extra-constitutional body, but the NAC enriched democracy with the help of civil society organisations through legislative inputs for policies such as NREGA, RTI and other areas such as health, education and food security. In fact, in 2009 Forbes declared her as the most powerful woman leader. Yet, in 2008, scams had hit the Congress: 2G and Agusta Westland among others, proving to be the immediate reason for the downfall of her party.

The BJP was able to use the flaws effectively in the 2014 national elections, portraying the Congress as corrupt and one that didn’t give the PM the real power. Sonia lost control at the Centre in 2014, but has continued to be one of the most significant politicians from the Opposition though her stature has declined with that of the party. Many observers and some members of the Congress have criticised her for favouring her son as the successor. Dynasty politics is cited as a major reason for the rapid decline of the party over the last few years. Sonia’s absence will leave a void in the Congress but the party has stated that she will continue to mentor it.

Rahul had entered politics in the early 2000s and therefore has had a fairly long innings: first as party general secretary in 2007, head of its youth organisations and then vice-president in 2013. He has participated in electoral campaigns, but it is only recently, since his address at Berkeley University and now during the campaign for the Gujarat assembly elections (due in December), that Rahul has shown sustained interest and political insight. He had not taken up any direct responsibility in the two UPA governments from 2004 onwards. Serving as a minister would have provided him experience, understanding of the country’s needs and enhanced his image as a leader. His elevation as the party president has therefore been much delayed largely due to his reluctance, but is well timed with the aggressive campaign that the party under his leadership is undertaking in Gujarat. Also, the BJP is facing resentment over its policies, particularly demonetisation and GST.

However, Rahul faces momentous challenges when he takes over as Congress president. The most immediate is the need to unite the party by bringing tog­ether respected senior leaders and the younger generation that is its future. Equally imp­ortant is the difficult task of building a strong organisation, particularly at the grassroots in the states. Rahul’s earlier attempts to democratise the Congress and bring in leaders from the poorer castes/classes did not yield much results. The party needs new strategies to create greater cohesion among all its sections and yet allow more internal democracy rather than a high command culture. The party has won elections in states where regional leaders were allowed a free hand to plan the campaign, Punjab being an example. Will Rahul be able to project younger leaders such as Sachin Pilot or Jyotiraditya Scindia as chief ministerial candidates in their states? He will have to take the leadership in gathering the Opposition parties toge­ther for the 2019 elections in order to prevent a division of votes. A closely related important issue is corruption, which has been a major reason for the Congress’s decline; leaders of integrity need to be sele­cted to improve the public perception of the party.

The new leader will need to provide a clear ideological stand to the country on the party’s core social values vis-à-vis secularism, caste and the place of minorities in the country. The Congress needs to develop new ideas and political strategies to deal with rising right-wing fundamentalism, which is threatening to create a Congress-mukt Bharat. In the economic sphere, the party under Rahul needs to spell out it developmental agenda. Rather than critically reacting to the policies of the Narendra Modi government, the Congress must provide an alternative economic vision and policies. Many areas that the present government has not been able to deal with can be taken up such as public health, education, environment and agriculture. These could be then turned into electoral issues with support from the affected sections. This will enable Rahul to carve out a space for himself as a political leader identified with a specific agenda and set of policies.

In facing these critical tests, the legacy Rahul inh­erits as the heir of the Nehru-Gandhi family, which the Congress is constantly highlighting, may not be very helpful. Today’s India has a large, young population that has not seen or experienced the working of the Congress in its heyday; there is also much negativity regarding dynastic parties given their record and constant criticism by the BJP. Rahul has the task of winning the support of the younger generation watching with keen interest.

History does not always provide a second chance. Rahul has been given one; we need to watch how this scion of the Nehru-Gandhi family makes use of it. The outcome is of seminal importance not only for the Congress, but also for Indian democracy.

A Footballer Shifts His Goalposts