The state CPI(M), till late the enemy of mammon, is now akin to a corporation. Class struggle, anyone? 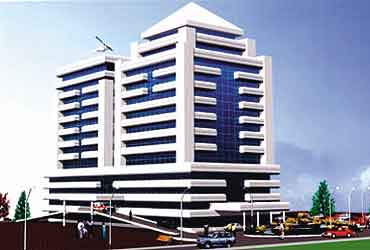 outlookindia.com
-0001-11-30T00:00:00+0553
There was a time when Marxists in Kerala shunned computers, even called them "capitalist monstrosities antithetical to proletarian ethos". But much water has flown down the Bharathapuzha since then. Today, the Communist Party of India (Marxist) is run like a corporation with its state secretary virtually the CEO. No other party in Kerala owns as much land and property as the CPI(M). It has also diversified into hospital ventures, owns a satellite TV channel (Kairali TV) and runs the third-largest circulated Malayalam daily, Deshabhimani.

Flush with the success of its ventures, the party now plans to set up IT parks and mega hypermarkets, the latter modelled on supermarkets in the west. Whoever said the comrades are insulated from market forces apparently got it all wrong. In Kerala, at least, CPI(M) Incorporated is marching ahead. According to some observers, the party and its extended parivar is worth about Rs 4,000 crore now.

But what has left even die-hard supporters speechless is the CPI(M)'s new foray—the amusement park business. Initially, it set up a cooperative society called the Malabar Tourism Development Cooperative Society to execute the project. The plan was to mobilise funds from cooperative banks and financial institutions for the project. However, this strategy ran into rough weather with the ruling Congress-led UDF government dissolving the governing bodies of all co-op banks and bringing them directly under the state administration.

But the project is still coming up at breakneck pace. A new outfit, The Malabar Pleasures Private Limited, has been registered as a charitable society for this purpose, promoted by a group led by the Kannur district party secretary M.V. Govindan.

As expected, CPI(M) hardliners like the 'vanquished' Opposition leader V.S. Achuthanandan aren't too happy with these commercial ambitions. When party secretary Pinarayi Vijayan mooted the setting up of the Kairali TV channel five years ago, he got the go-ahead but many privately thought he was going woolly-headed for most private channels then were struggling to survive. To top it all, the party was soon out of power. Detractors at akg Centre, the local HQ, were ready to write the channel's obituary. Little did they know that in power the party had raked in enough funds to keep Kairali afloat.

And the funds didn't come only from pro-CPI(M) outfits. When the party asked, even liquor barons and bootleggers were only too happy to get out their cheque books. M.P. Purushothaman, a Chennai-based liquor baron, bought Rs 25 lakh worth of shares. Bootlegger Manichan, whose magnanimity also contributed to the channel's coffers, is now in jail, convicted for the death of 36 people who drank the hooch supplied by him.

It's a given that it wasn't the idea of a people's revolution that made these people part with their money. There must have been some assurance of reciprocity. Senior Congress leader A.K. Antony has demanded a judicial probe into the manner in which funds were raised for the channel. "It's a classic case of misuse of government funds and machinery," he says. State bjp leader and former Union MoS for railways O. Rajagopal has also been strident in asking for a probe.

One of the CPI(M)'s well-known fundraising efforts is collections from non-resident Keralites. And it's not just from party sympathisers. Investments have come from people like businessman P.V. Abdul Wahab, MP, an Indian Union Muslim League leader! He was even on the Kairali director board, until the League—part of the UDF government—asked him to quit.

Drunk on the success of its burgeoning corporate empire, more commercial ventures are in the offing. The pointsman: E. Narayanan, the brain behind the party's successful rubber co-op, Rubco.His latest venture is the newly floated Tellicherry Medical Foundation (TMFL). And he's chairman of the Cooperative Hospital Federation, president of the Tellicherry Cooperative Hospital, and managing committee member of the Kerala State Cooperative Union. All CPI(M)-run outfits.

One of Narayanan's first successes was Rubco. Established in 1997, it now has annual sales of over Rs 450 crore and a staff of over 1,000. Located in the Marxist bastion of north Kannur, it manufactures a range of coir and rubber products. In 2003, it embarked on an expansion and diversification programme, for which the body is seeking Rs 1,300 crore, mainly from foreign financial institutions (FFIS).

The CPI(M)'s premier mascot in the Malabar region is, of course, the 250-bed Tellicherry Cooperative Hospital. It has also set up an ems Memorial Hospital at Perinthalmanna in the Muslim-dominated Malappuram district. Two years back, a 100-bed hospital, in the name of ex-party secretary A.P. Varkey, was opened.

The target now is an international super-specialty hospital in the Mega Hyper Market complex, the first of its kind in the Malabar region. The complex itself is designed to make Tellicherry the financial capital of north Kerala. The concept of the hypermarket is similar to ones seen in the West. Everything from a pin to a motor car will be made available under one roof.

Besides this, there are several other projects hanging fire. The proletarian party is now thinking of setting up Information Technology (IT) parks in all districts. The state committee, now fully controlled by the Pinarayi faction, has given the go-ahead to setting up IT parks in four districts on the lines of the successful government-run Trivandrum Technopark.

While a section in the party opposes the party getting inveigled in the service industry, sympathisers argue that the CPI(M) had to change with the times. The new logic is that only then can it play a role in modern society. Therefore, they feel, there is no harm in the cadre exploiting unfolding opportunities in trade and commerce. Says central secretariat member M.A. Baby: "First of all, it would be incorrect to say the party owns or runs the enterprises. Most ventures are managed cooperatives in which party members have a definite say. Again, running an amusement park is not anathema to Marxism-Leninism. There is no bar on such licit affairs." But not everyone is agreed on this. Asks Berlin Kunhananthan Nair, one of the old guard: "Do you think the emancipation of the working class will come through amusement parks and super-speciality hospitals?"

Well, the working class is a matter of debate, but a CPI(M) leadership flush with funds and assets certainly seems emancipated. Most party leaders have embraced a modern lifestyle and there is already intra-party bickering over foreign junkets and plum positions. The assets themselves could lead to bitter feuds in the future. It's clear that the future battles within the party—as was evident in the recently concluded state party congress—will not be fought on the ideological plane alone. What this says about the very future of the party itself is a matter of conjecture.

Cine Hairstyles Down The Ages