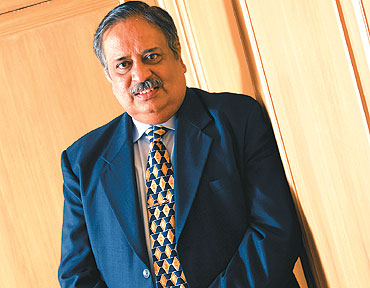 Will this new government be able to deliver on reforms?

The present arithmetic of the Lok Sabha seems to indicate there is no ideological obstruction to what is perceived to be the reform process. So, at least some of what is considered to be reform will go through. Also, having lost out a few years when reforms did not take place, there is a sense of urgency. But there are challenges. Raising the resources for this in a manner that does not stretch the fiscal deficit is critical. Clearly, the market doesn't think all this is going to happen tomorrow morning.

Is the market then expecting too much?

Well, look at the (election) results we've got. I don't think the excitement in the market is unwarranted. But it's important to remember what happens in the market is less relevant than what people give it credit for. As we all know, fundamentally not much has changed; we still have issues—the global crisis, fiscal deficit, unemployment in key sectors and so on to deal with. I think the movement of the indices is irrelevant in the larger scheme of things. It is but one indicator of the sentiment rather than what is going on.

What will be the government's focus areas?

I think there will be a revisiting of the reforms in the pipeline and also a prioritisation. In that sense, the electorate has made it very clear why it has chosen this government. I think social infrastructure will be given high priority—education, health, drinking water and sanitation. On the other hand, a lot needs to be done to strengthen the security apparatus. The other area that requires attention is judicial reforms.