The Market Is A Donkey

The uncertainty of certainty is India's hallmark. It should apply to growth too. 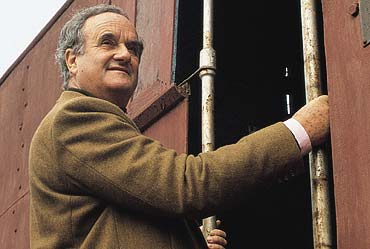 India traditionally does not write full stops because it understands the uncertainty of certainty, it prefers the middle road, and believes in the perpetual search for balance. So, the answer to any question can never be final, no theory should be closed to questioning, and no policy should be taken so far that it creates imbalance. The West, on the other hand, tends to see things in black and white, to look for certainties, and so to lurch from one extreme to another.

The most obvious evidence for this contrast lies in the different attitudes to religion. R.C. Zaehner, who held the chair at Oxford India's philosopher-president S. Radhakrishnan once held, wrote, "Hindus do not think of religious truth in dogmatic terms.... For the passion for dogmatic certainty that has wracked the religions of Semitic origin they feel nothing but shocked incomprehension." This suspicion of dogmatic certainty is a feature of all the other great religions born in India. Even the religions of Semitic origin in India have been touched by this pluralism. The two theologians who have done the most to persuade the Roman Catholic Church to soften its attitude to other churches and other faiths were deeply influenced by the many years they spent in India. I often tell people in countries that are having problems with religious pluralism that India has the second-largest Muslim population in the world, that they are entirely free to practise their religion, and that the suggestion that a Muslim woman should not dress as she pleases would never arise here.