Malappuram, carved out for a religion, now holds a key to Kerala 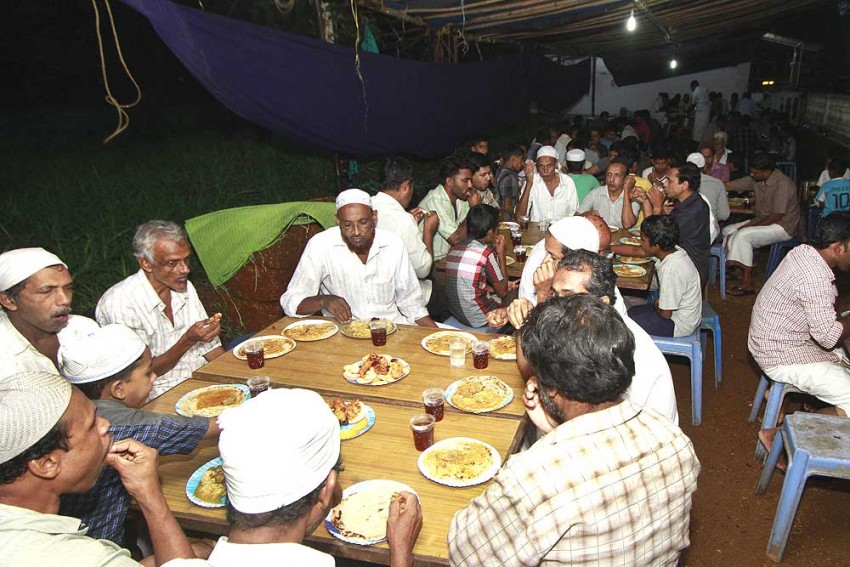 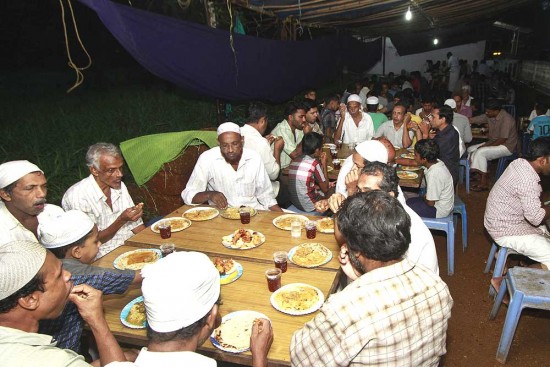 SIgnboards with the ‘Al’ prefix are the second indicator that you are in Mappila (Kerala Muslim) country, the first, of course, being a sartorial style that you cannot miss. This is Malappuram district in north Kerala. Once considered a basket case for its economic, educational and social backw­ardness, the landscape now bristles with confidence, one that only prospe­rity, political prowess and education can bring. Malappuram, with over 60 per cent Muslims, was carved out from the districts of Kozhikode and Palakkad way back in 1969 by the then chief minister, the Communist E.M.S. Namboodiripad. It was a political move to appease the Left government’s coalition partner—the Indian Union Muslim League (IUML)—who had demanded a district for the Muslims. Interestingly, it was a first time for the IUML in government. Today, its clout in the Congress-led UDF regime has jumped manifold. With five ministers and cru­cial portfolios, the IUML can even claim they are in charge of the ‘Kerala sarkar’.

But beyond the sleepy boundaries of Malappuram, there are other forces at play now. A new brand of nationalism seeks to divide rather than unite, one where patriotism hinges on one’s religi­ous identity. Questions have also been asked of Malappuram—is it a “mini Pak­i­s­tan”, is there a rise in religious fun­da­m­en­talism there? The dis­­trict authorities says Malapp­uram is a pea­­ceful district, that there is absol­ute communal harm­ony. But one has just to trawl the net to see the fear-mongering being drummed up—reports of the Hindu minority’s struggle to exist here and further, about the love jehadis roaming the streets of Malappuram on the lookout for Hindu girls to convert to Islam. A website (www.hinduexistence.org) even harks back to 1921 and the Map­p­ila rebellion to rem­ind people of the “devastating revolts and massacres”—described as “killing lakhs of innocent Hindus overnight”.

In order to verify this “account of history”, we travel further north from Malappuram town to Parappanangadi. We cross the angry, muddy Kadalundi river in full spate and zig-zag through roads lined with giant ‘Gulf houses’, each trying to garishly outdo the other (some six lakh people from the district work in the Gulf today.) We pass the historical town of Tirurangadi known for its major revolts against the British and arrive in Parappanangadi to meet with historian M. Gangadharan, who’s authored a book on the revolts of the region, The Malabar Rebellion. Gangadharan, 80, refutes the argument that the Mappila rebellion was any sort of vendetta against the Hindus. He says, “The Mappila resistance was aga­inst the British political set-up that had imposed high taxes and empowered the janmis (usually from the Hindu high castes) to exploit the Mappila tenants. They did not attack the Hindus indiscriminately but the violence did fri­ghten them and many did leave the area.”

The Muslim grievances and the revolts were successfully harnessed by Gandhiji during the freedom struggle. Says Gang­adharan, “In the second decade of the 20th century, when the Mappilas organised themselves, they received support from the nationalist movement that cle­verly linked this rebellion to the Khilafat agitation.... Trade ties between India and the Arab countries meant that the Khi­l­afat movement affected Kerala’s Mapp­ilas. Initially, the movement wasn’t vio­l­ent but the British oppression and tortures forced the hand of Mappilas. Today, the Hindu fundamentalists are trying to cha­nge the narrative to suit their own needs.” On a personal level, Gangadharan says he’s never felt insecure living in a Muslim-dominated area.

This predilection for protests is seen even today. In Parappanangadi town, we witness a silent procession of schoolchildren marching against the Israel attacks in Gaza. K.T. Jaleel, independent MLA (Left-backed) from Thavanur, says Mal­appuram partakes of Kerala’s anti-imp­eriali­s­tic streak, “We saw protests when Sad­­­­dam Hussein was killed and we con­­tinue to see protests against imperialistic powers. But we are not communal, even post-Babri Masjid there were no clashes here. The Muslims in Malapp­u­ram are secular and progressive and have merged with the mainstream.” At the same time, a sullen withdrawal has often been ascr­ibed to them too, as is a tendency to adopt the visible gestures and cues of a modern pan-Islamism, especially in response to inimical global and domestic politics. 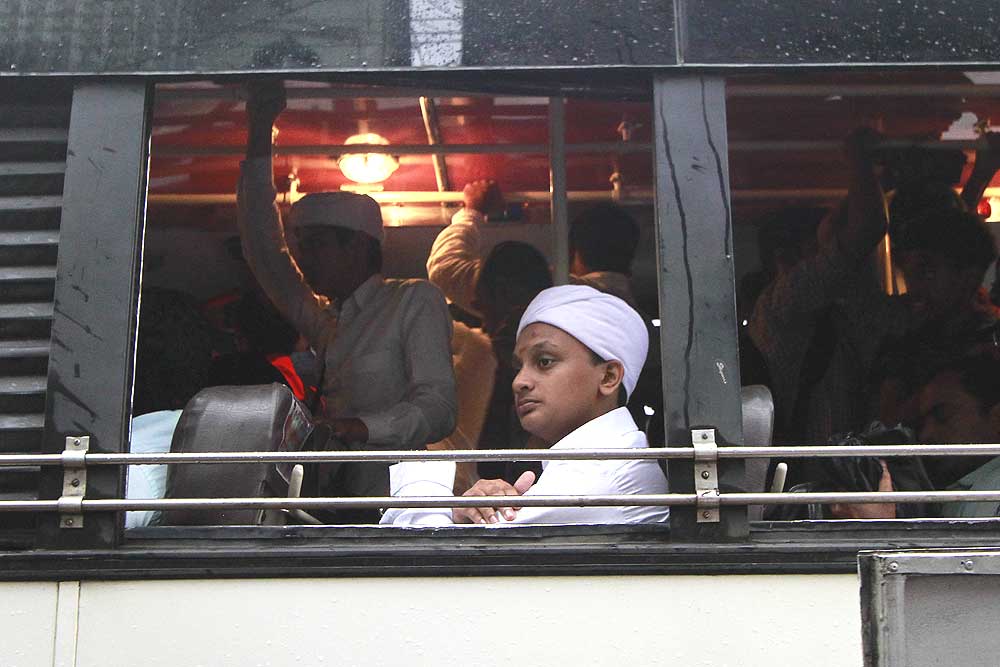 There is an underlying, historical delicacy too. Many Muslim political leaders of Malabar had supported the Partition, crowding out nationalist Muslims who didn’t—their grievance was that India’s mainstream lea­ders did not come to their aid during the Mappila rebellion. So the creation of a district for Muslims was alw­ays viewed with some diffide­nce by non-Mus­­lims. There are few complaints in the district itself though. “They are secular and progressive,” says Manamb­oor Rajan Babu, who’s lived in Kuttinan­gadi for the past 39 years. Rajan Babu is an ex-policeman, novelist and editor of Innu, an inl­and magazine. “I live in the midst of three Mohammeds,” he jokes. “The neighbours are caring folks. I settled here because of my Muslim frie­nds. The majority do not accept the fundamentalist views of the fringe elements, which is why it doesn’t get much traction in Malappu­ram.” And anyway, the IUML is in the political business here and they won’t allow the fringe to grow, he feels.

With five ministers and crucial portfolios, the Muslim League can even say they are in charge of the ‘Kerala sarkar’.

The IUML itself is a curious entity, as corrupt as any other Indian party (if media reports are to be believed), but without any overt fundamentalist age­nda. A small reformist group called Aikya Sangham was created in the 1920s to ameliorate the lot of Muslims and harm­oniously settle land disputes between Hindus and Muslims. From this stock arose the Muslim League in Kerala and that morphed into the IUML. The League supported the formation of Pak­istan so after independence they were sidelined by the nationalist parties. Says political analyst and advocate A. Jayashankar, “After the ems regime fell in 1969, they joined the Congress and ever since have been a major factor in UDF governments, especially since 2001 when the number of their ministers went up to four. At present, they have five. The fifth ministerial berth going to an IUML MLA from Malappuram created a furore in Kerala. The Nairs (NSS) and Ezhavas (SNDP) have felt insecure ever since. The rise in the BJP voteshare in Kerala can be attributed to the flexing of muscles by the Muslims in the ‘minority’ government in Kerala.”

The delimitation based on area population after the 2011 census gave a further boost to the IUML. Most districts in Ker­ala showed negative gro­wth, but Malap­pu­ram registered a decadal pop­ulation growth of 13.45 per cent since the census. The number of legislative con­st­ituencies was increased in the dist­rict from 12 to 16 in the last polls. “The Muslim-dominated areas of Kozhi­kode, Kannur and Palakkad also benefited with an increase in one seat while the Christian-dominated belt of Kottayam, Thrissur and Pathanamthi­tta lost four seats due to a dec­l­ine in population,” says Jayashankar. In the 2011 assembly polls, the IUML took 12 of the 16 seats in Malappuram and became the third largest party in the state after the Congress and CPI(M) with 20 seats. 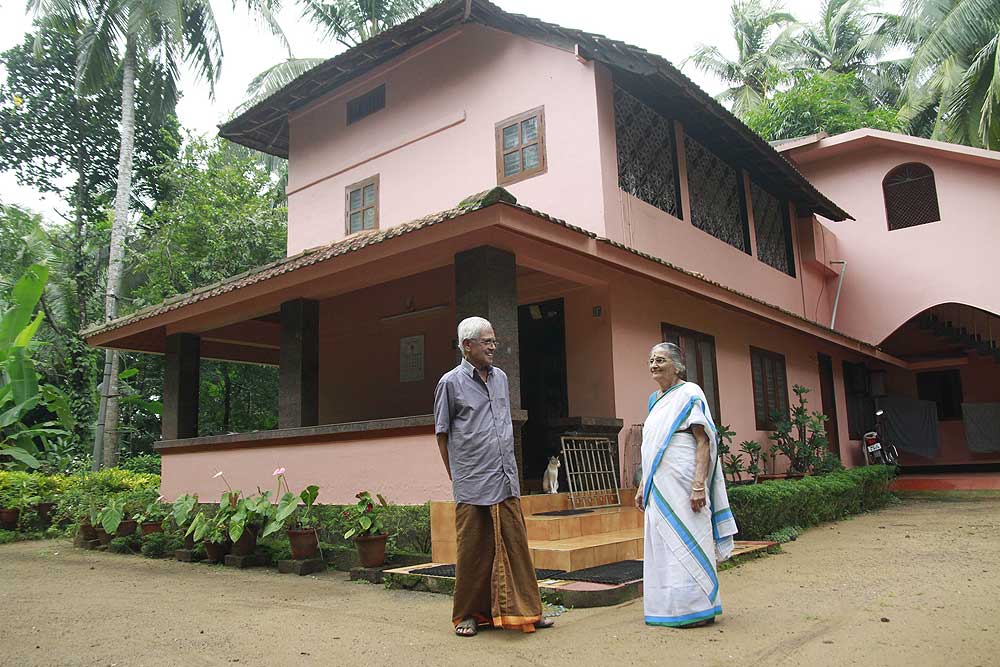 Kerala’s coalition politics depends on a delicate sharing of spoils, and competition is intense. The recent muscle-flexing by the IUML has not gone down well with the state’s other major religious lobbies. Again and again, the references return to an obsession with population figures and what is seen as increasing control over power stakes. Says political watcher P. Rajan: “Creating a district based on religion was not a wise decision. A district should be created for topographical and geographical reasons. The League benefited politically from the differential in population figures too. But to demand a fifth ministerial berth in the UDF government was not a good move. The Nairs and the SNDP have been highly insecure and the ramifications were seen in the Neyyatinkara byelection, with the BJP coming a close third. In the next state elections, the BJP will be a force to reckon with if the IUML continues with its brazen ways. The Congress has been nervous ever since the Lok Sabha polls. Their voteshare has dipped in many of the Thiruva­nanthapuram assembly seats.”

Jaleel, who left the IUML and supports the Left, says, “I left the IUML because it’s very corrupt. I questioned the use of funds that they had raised for various issues. The people of Malappuram aren’t always faithful to the IUML. In the 2006 assembly polls, the CPI(M) and the IUML got five (of the 12) seats each, some of  the IUML ministers even lost by huge marg­ins. This event can’t be underestim­ated...people here a more progressive lot.”

Indeed, in the midst of all the fear of growing radicalism, of non-native signs like the skull cap and the burqa, the Malappuram Muslim has been changing—yes, somewhat radically—in other ways too. It’s no longer the backwaters. Decades of remittances have created a more globalised second generation. The number of educational institutions has increased. It has caught up with the rest of Kerala; even rank-holders have emer­ged from the district. S. Irudayarajan of the Centre for Deve­lopment Studies, Thiruvananthapuram, says, “About 25 years ago, Malappuram was Kerala’s most backward district. Between 1990 to 2000, unskilled workers came from Malappuram, from 2000 to 2010 there was a rise of semi-skilled workers; 2010 on, even high-skilled workers have been migrating from there.” The natural cor­ollary of swelling remittances—it gets the largest share—ensures that, whichever coalition governs the state, its pol­itical fortunes will depend quite a bit on the electorate of Malappuram. 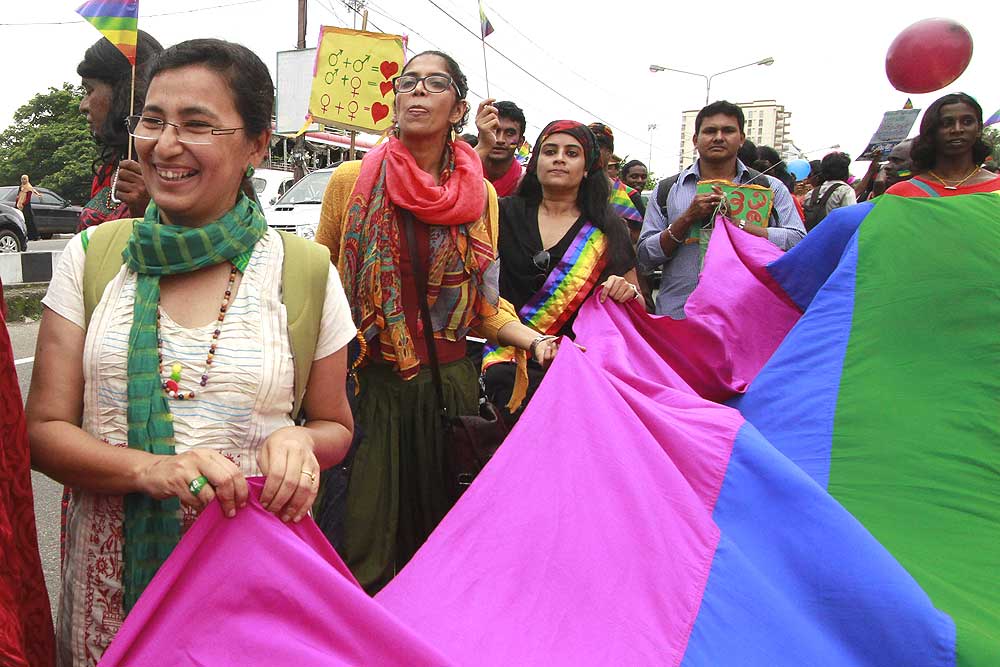 Shamshad at an LGBT rally in Kochi. (Photograph by Sivaram V.)

The real minorities in the district are not the religious groups but the women and the LGBT community. Feminist writer Shamshad Hussain, whose book In Between Gender and Minority deals with Muslim women, says, “I think the feminist framework cannot accommodate the Muslim woman. Peo­ple ask me if I can be both Mus­lim and a femin­ist. Fem­in­ism is not about the veil and in Mal­app­u­ram, tho­ugh I am acc­epted and asked to speak at forums, there is a lot yet to be done.” Meanwhile, a good sign is that Muslim women are increasingly enr­o­lling in professional colleges and are also working. Says Gracy T.A., principal of St Gemma’s Girls Higher Secondary School, “Though we haven’t been able to dissuade the girls from marrying early, they continue with their studies even after. But the ave­­r­age age of a woman becoming a grandmother here is still around 35-36.”