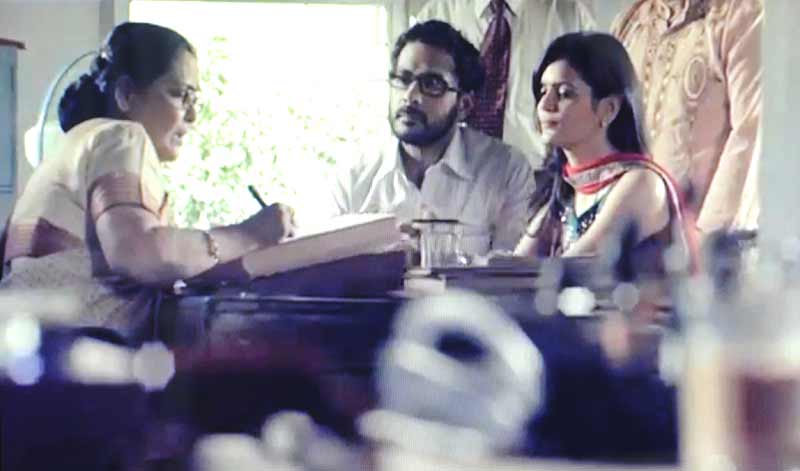 Watching the Chennai Test against Australia, I chanced upon a new commercial for a brand of fan. A couple enter a registrar’s office, obviously for a civil wedding, and give their names as Vikas Verma and Shanti Pandit. The registrar notes these and says, “So, after the wedding, you will be Mrs Shanti Verma.” The groom, a JNU type, quickly interjects, “No, madam. She will stay Shanti Pandit and I’ll change my name to hers.” The couple exchange a glance of understanding, and along comes the fan’s image and slogan, roughly “The winds of change”. Not bad, I thought, spuriously liberal and hypocritically feelgood as it is—as, indeed, all such advertisements are. Then, I found a deeper, and more dangerous, subtext. Please to note the surnames. Verma is a Kshatr­iya name; Pandit a Brahmin. The groom, by adopting the bride’s name, is actually being upwardly mobile. (Aryan law forbids a woman to marry beneath her, but we’ll let that pass.)

People who work for adv­e­rtising agencies like to think of themselves as ‘creative’, even the sales executives and (euphemism) research types. In truth, they are the most reactionary and hidebound set of drones on earth. What are the most common surnames you find in mainstream advertising and comm­ercial Hindi cinema? “Sharmaji” is, I think, the most used, though the Brahmin population of India is less than five per cent of the total. There are plenty of Dubeys and Thakurs, and Singhs and Chaudhurys, among the well-to-do. The last two are not really caste-specific, but in the context you find them in, it’s easy to make out where they belong.

I have yet to see a hero or protagonist in these genres of communication with a Paswan or Ahluwalia surname. A Yadav is usually risible. As for south Indian names in Bombay cinema, they haven’t progressed beyond Mehmood’s portrayal of an Iyer in Padosan. Confront any advertising person with this fact, and she (see, I can be politically correct too) will say they are only ‘reflecting reality’.

If you are only reflecting reality, what is your creativity worth? Creativity is the ability to create something new, something which can change things as they are. Mainstream Hindi cinema is not creative in this sense, because while it has changed in terms of technical sophistication and its depiction of urban mores, it has stubbornly refused to present a different, and more equitable, social prospect since probably Mother India and Garam Hawa. Which are not, of course, mainstream films in today’s context.

And where are the Dalits? I should think it would be easy enough to begin simply, by using the surname Kumar or Gupta, which may belong to any of a number of castes. In the 1970s we only had Ravi and Vijay, which could strike a chord in anyone. They and their ladies were fair-skinned, or at least not black. The hero who found himself mak­ing a perilous living in the slums turned out to be Nirupa Roy’s son—a sava­rna by birth to say the least.

To all these people “ref­le­cting reality”, I say phooey. Take for your next hero, or at least patriarch, a member of the Dalit Chamber of Commerce who didn’t inh­erit his money but made it against the odds. And why is the incomparable Nana Pat­e­kar alw­ays the anti-hero? Why has Sada­shiv Amrapurkar, since his unforgettable debut in Ardh Satya, been cast as a buffoon? Has there been a dark-skinned heroine in mainstream Hindi cinema besides Smita Patil?

These are vexatious questions, and worse than vexatious, like mosquitoes which annoy but can also kill. There are so many apologists for the “new” Bollywood (a word I loathe, though in its commercial motivations, and its reflection of realities, the comparison with Hollywood is well-founded). Sure, our advertising and our cinema are—in terms of sophistication—among the best in the world. That does not mean they are any good.

Going back to names: There is a verse in (I think) a commentary on Manu-Smrti, which details what names are proper to what castes: “Sharma” and “Deva” belong to Brahmins; “Varma” and “Traatru” to the warriors; “Bhuti” and “Datta” denote Vaisyas; and “Dasa” the Sudras.