The Man's Straight As An Arrow

The CEC is a man who goes by the letter of the law, thorough with a reputation for probity 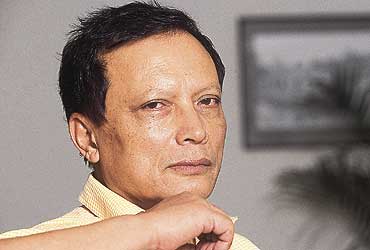 outlookindia.com
-0001-11-30T00:00:00+0553
It is often said of the Indian bureaucracy that only the manipulators, those with politicians on their side, rise to the top. James Michael Lyngdoh is a dazzling exception to that rule. A formidable combination of integrity, intelligence and competence, India's chief election commissioner is one of the few constitutional functionaries with the moral authority and the spine to look the political establishment in the eye and tell it where to get off.

So say his former colleagues in the Indian Administrative Service. His face-off with the central government on the issue of holding elections in Gujarat was seen as being pretty much in character. It was not, after all, the first time Lyngdoh had successfully taken on the ruling dispensation and stuck to his guns. That, from a politico's viewpoint, is the whole trouble: Lyngdoh is a man who goes by the letter of the law, offering no handle to anyone trying to make him change course. He's absolutely immune to influence from any quarter.

With good reason. Back when H.D. Deve Gowda was prime minister, Lyngdoh, then secretary, coordination, in the cabinet secretariat was sounded out for the post of cabinet secretary, in preference to his senior colleague T.S.R. Subramaniam. He responded with a firm "no", on the grounds that he did not believe in the practice of superseding senior officers. Subramaniam became cabinet secretary and Lyngdoh was appointed Election Commissioner after his retirement.

Lyngdoh, a Khasi from Meghalaya, is regarded by his peers as an inscrutable bureaucrat. Some, in fact, see him as an unemotional android-type character straight out of Star Trek. He's also not carried away by flattery and has no political leanings whatsoever. There are few instances of Lyngdoh ever having lost his temper. Even his close friends have no idea what makes the man tick. In contrast to his flamboyant predecessors—T.N. Seshan and M.S. Gill—Lyngdoh appears low profile, fighting shy of the media.

In terms of his austere, disciplined lifestyle—he's a blackbelt in karate and exercises every morning—ex-colleagues say he is a complete contrast to his brother and senior in the service, the late Ronald Wilson Lyngdoh. The latter was a happy-go-lucky man fond of the good things of life, warm-hearted but somewhat disorganised, which got him into serious trouble when he was MD of the Assam Agro-Industries Corporation. A trifling error in accounting took him right up to the Supreme Court. If the two sons of a highly respected Meghalaya judge had anything in common, it was that they were both brilliant, making it to the IAS in the general category. Lyngdoh was a Parvin Fellow at Princeton and his late brother a senior executive fellow at Harvard.

A 1961 batch officer of the Bihar cadre, Lyngdoh soon acquired a reputation for probity, to the extent he was regarded as "uncooperative" by most politicians, particularly by the then chief minister, Kedarnath Pandey. Lyngdoh refused to comply with "objectionable" orders and went on leave. When he came back, Pandey was gone. Like many tribals, says former Lok Sabha speaker and unabashed Lyngdoh fan Purno Sangma, the CEC is touchy about his self-respect.

He also has a heart, if close friends are to be believed. And, as everyone in Nirvachan Sadan knows, he has a special soft corner for his three dogs. In fact, he even requested his staff to find a good photographer to take their pictures.

For those who regard Lyngdoh as a flat, two-dimensional character devoid of shades of grey, a quick read of his legendary tour reports is recommended. Running into as many as 50 pages, they often cover the history, topography and cultural peculiarities of the places he visits. They also betray his wide reading of history. Something of a bookworm, he likes browsing in libraries and bookshops.He's also a bit of a linguist, with a respectable command over French and German. His high flown English has often sent personal staff scurrying for the nearest dictionary.

After a lifetime of anonymity, the CEC may have a hard time handling the spotlight now. All but invisible until recently, he's now being closely watched by the political establishment, all agog to see how he handles Gujarat. Will he, like Gill, be firm and assertive but open-minded or will he, like Seshan, be inflexible and confrontational?

The Promise Of Probity