The Man Who Would Not Bend 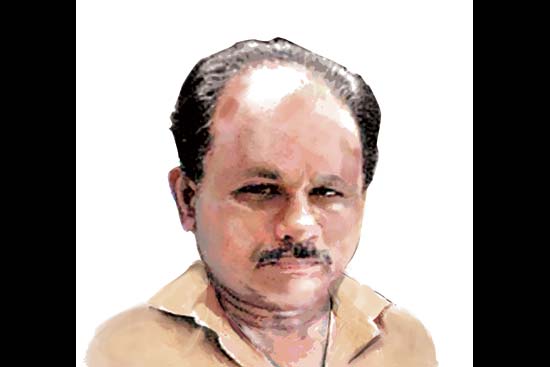 “In the first week of November, 2006, she (Ms Geeta Johri, IG) directed me to meet her in her chamber. Accordingly, I went to Gandhinagar. Initially, she had discussed the progress of the enqu­iry with me. After a little while, Ms Geeta Johri had told me that a horrible incident had occurred that day, that the MOS (Home) Shri Amit Shah had called her along with Additional DGP Shri G.C. Raigar and DGP Shri P.C.  Pande at his office and had discussed about the progress of the inquiry.

“She had told me that the MOS (home) was in a very bad mood, and that he had enquired from her about me, that how could a police inspector like me dare to write reports which could land senior officers like Shri D.G. Vanzara, Rajkumar Pandyan, who were responsible for the encounter of Sohrabuddin, into serious trouble.

“Ms Johri had told me that the MOS (Home) had asked her to tear off my enquiry reports, and had also told her that since I was working under her, it was up to her to manage things and ensure that no harm was caused to the senior police officers. She had further told me that on hearing this, Additional DGP Shri Raigar had requested the MOS (Home) Shri Amit Shah that he was due to retire in near future (and) as such he did not want to face any hassles.

“After narrating this incident, Ms Geeta Johri further told me that in view of the instructions of Shri Amit Shah, I will have to make certain changes in the enquiry report and prepare the report favouring the accused officers for saving them.

On this I had told Ms Johri in Gujarati that “Madam, I respect my father Laljibhai more than the Almighty God, and even if my father orders me from heaven to do this evil work, I would not obey.” On hearing this, Ms Geeta Johri was stunned. I had further explai­ned to her that in this incident two persons—one male and one female—were killed and the female was totally innocent; hence, if we indulged in illegal acts in such a heinous offence, God will not spare us.

“You have shown me the entire case records of enquiry PE 66/2006, including the note sheet files and correspondence files which were maintained in the O/o ADGP, CID(Crime). After careful scrutiny of the case records, I state that my letter through which I had sought permission from Geetha Johri, and on which she had endorsed that she may be also allowed to accompany me to visit Udaipur to examine Tulsiram Prajapati is not available in the correspondence file…I further state that the office copy of the said letter is also not available in the case papers…I further state I had handed over the case papers of the enquiry to Dr N.K. Amin in March, 2007 after he was posted as DySP, CID (Crime) Ahmedabad Zone. Therefore, on being asked I state that my report and the original note have been destroyed. This must have happened after Tulsiram was killed.”

Patel Brothers’ Statement Of ‘No Consequence’