"The Man On The Spot Has Ample Powers" 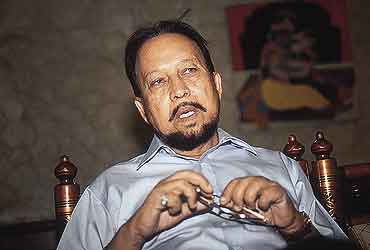 outlookindia.com
-0001-11-30T00:00:00+0553
Jaspal Singh was the Baroda police commissioner when riots broke out in the city in 1982. He was transferred to an innocuous posting, for controlling the riots with alacrity and with a firm hand. He quit the police service soon after. The scenario today in the state is only too familiar to him. Singh, a former BJP minister, tells Outlook that a police officer can only be as good as he is allowed to be. Excerpts:

How do you react to charges about the abettor role of the Gujarat police?
What can you expect when the chief secretary of the state goes on record saying he is an RSS worker. The fault lies both with politicians and officials. Both oblige each other and increasingly the number of officials who can stand up strongly to political brinkmanship is, unfortunately, coming down.

There is a lot of talk of communalisation of the state police.
With cabinet ministers attending shakhas in Gandhinagar in a specially-allotted government accommodation, that can only be expected. In 1995 when the BJP first came to power, oral directives were issued to all members of the cabinet that their personal staff would have to be hired in consultation with the RSS. I was the only one who objected. It is true that men from the VHP have been taken into the police force, particularly in the last few years.

Do you need orders from the top to stop a riotous situation?
Not at all. The man on the spot has to decide and he has ample powers to control the situation. Unfortunately, successive governments have demoralised and emasculated the police force. During the recent riots, officers were looking over their shoulders for instructions. Not surprisingly, instructions never came while the rioters looted, plundered and killed.

"If Left Alone, Police Can Do A Good Job"