The Man In The Muddle

Kumar Vishwas has shaken up the scene a bit in Amethi, though Rahul is unfazed 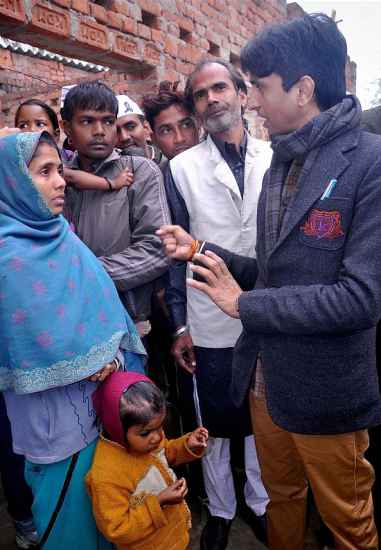 When Kumar Vishwas of the Aam Aadmi Party (AAP) cavalcaded into Amethi, raising dust and challenging Congress scion Rahul Gandhi, the local MP, it brought back memories of 1977. In that watershed year of Indian politics, Ravindra Pratap Singh, a student leader, had thrown the gauntlet at Sanjay Gandhi, Rahul’s uncle, then in a position analogous to Rahul’s. He represented Amethi then, and was the son of Indira Gandhi. Perhaps the only difference was that he had arrogated to himself—and managed to exert—far more power than Rahul can possibly imagine over party and, extra-constitutionally, over affairs of state. “You vote for me,” he’d say, “and I will convert Amethi into London.” And yet Singh, a total rookie, humiliated Sanjay in the elections, in the same way that Raj Narain defeated the all-powerful Indira that year in Rae Bareli.

But it would be wrong to read the two situations as equivalent and it’s too early to predict a similar show for Kumar Vis­hwas. For one, the 1977 election saw widesp­read expression of an anti-Indira mood, thanks to the Emergency she had shackled the country with. And the opp­osition had then been united in a way it never has been since. What’s more, only three years later, Sanjay won again. For three decades since then—except in 1998-99, when Sanjay Singh, the local ‘raja’, represented the seat as a BJP MP—Amethi has remained with the Congress.