The Majority Is Hungry

In 2012, student groups made a dietary—and political—demand: beef on the menu 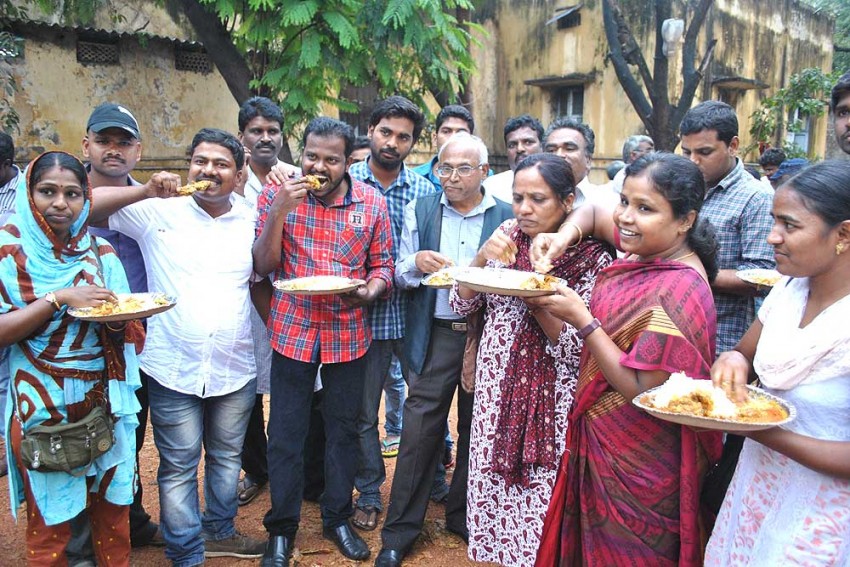 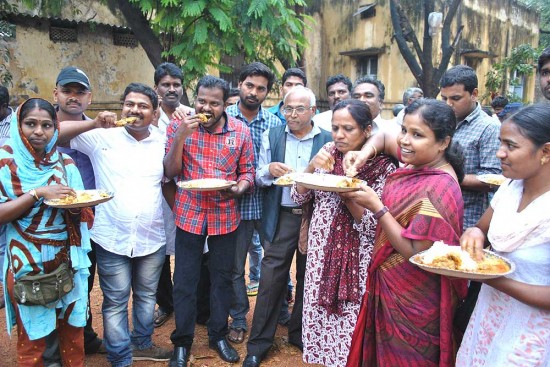 It is largely taken for granted that Hindus regard the cow as holy and therefore will not eat beef. Cow slaughter is banned in many states; communities open to beef-eating make do with meat from buffaloes or old bulls. Now and then, a riot will break out over moonshine beef or over vigilantes intercepting cows or calves being transported for slaughter. In much of India, the holy cow is ima­g­ined as being threatened by beef-eating Muslims. The sanctity of the cow is erroneously but vehemently traced back to the Vedas; in fact, Vedic rituals involved cow sacrifice and beef-eating. For pointing this out in his book, The Myth of the Holy Cow, D.N. Jha, a professor of history, ended up fearing for his life. In India, the emotional connect with the cow cannot be overstated.

It was in this charged atmosphere that, in 2012, students on some campuses made beef a rallying point and demanded its inclusion in hostel and canteen menus. It was a battle of cultures, between a dominant minority that had succeeded in imposing a food regimen on generations of students and a vocal majority seeking to overturn it.

At Osmania University in Hyderabad, political scientist and activist Kancha Ilaiah joined a band of students in organising a “cultural festival” to demand beef on the hostel menu. It provoked an outrage. But there was also a lot of confusion. What beef were the students—many of them Hindu, but from the obcs or the Dalit castes—demanding? Was it meat from buffaloes or cows? As beef biryani was served to 200-odd people, ABVP activists stormed the place, triggering a full-scale battle between two groups of students, one for beef and one dead opposed to it. The university became a pitched battleground for contending cultures.

The demand was considered sacrilegious by the dominant upper castes, not necessarily in a majority but whose considerable clout in educational institutes has ensured a dietary regime that did not care about the diversities that characterise the country. For those deman­ding beef, it was a battle for acco­rding recognition where it was long due. Similar “food festivals” were organ­ised at the Jawaharlal Nehru University and Delhi University in the capital. But there were many who wondered what the fuss was all about. After all, in Ker­ala, West Bengal and the Northeastern states, beef is readily available. On a tangential note, Ilaiah even points out that buffalo milk is consumed more than cow milk, and so the buffalo has greater utility than the cow, and yet it is not protected against slaughter. 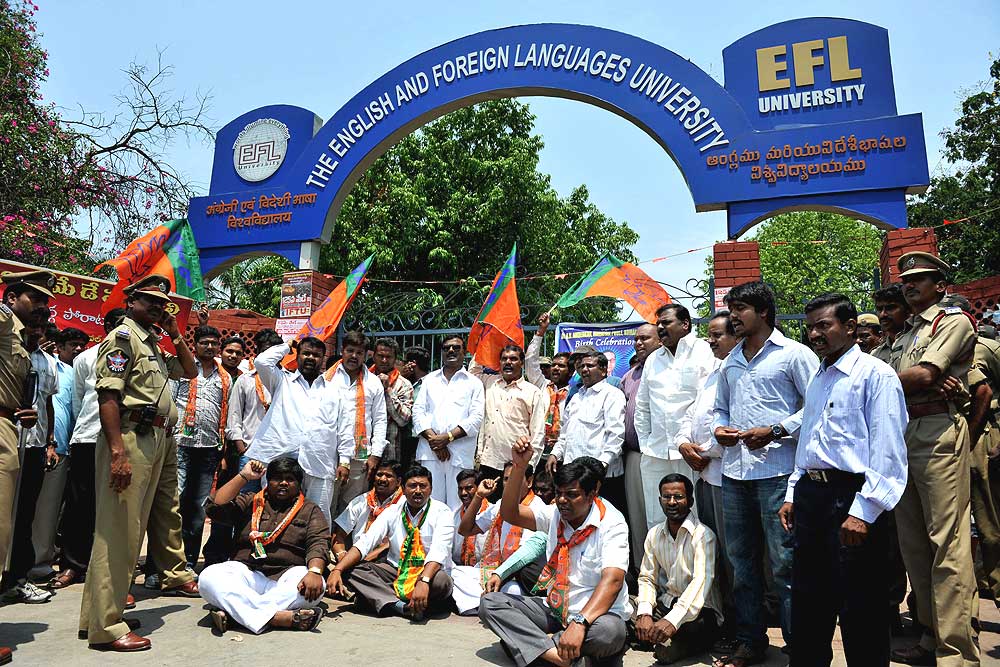 The point the festival organisers were trying to make was simple—that it was really a question of numbers. Beef forms part of the diet of Christians (who comprise 2.3 per cent of the population) and Muslims (13.47 per cent), as also the backward classes (40.94 per cent), Dalits (19.5 per cent) and Adivasis (8.63 per cent). This was a paradoxical situation, in which a minority had for long imposed its custom of abstaining from beef on a majority. It was a point well made, and an important facet to the debate on majoritarianism.

“Actually, majoritarianism itself may be a misnomer because, at the level of the granularity of castes, India becomes a country of several minorities,” says Anand Teltumbde, a professor of management at IIT Kharagpur. “Those who object to beef-eating are in fact a minority. All Dalits, tribals and Christians and Muslims are surely beef-eaters. Actually, the most populous Shudra band of castes also should be beef-eaters, though many of them seem to have emulated dwija habits after their post-1960s prosperity.”

Yet, for all the numbers, there was a pushback from the state and from the dominant upper castes. Two years later, did the movement achieve its goal? Well, beef is not yet part of college hostel menus in much of India. But it has provoked debate. “It has led to a discussion on food habits,” says Ilaiah. “Two years hence, the space for democratic debate on food culture has widened.  Majoritarian political forces had to make a compromise: if they went too far, there would be resistance. So, in that sense, the food festival gave a voice. The second dimension to this debate is that, among obcs, there was a negative approach towards talking  about food culture. Regardless of whether they eat beef or not, at least they are now open to discussion.”

The festival-protest was unusual in many ways. For, the very fact that such a discussion was even deemed possible—despite the acrimony—indicates a movement. Since 2006, the row over quotas for obcs in colleges has shifted the focus onto the real majority and the grip of an influential, vocal minority over deciding what was ‘acceptable’. In that sense, one could say there has ben a democratisation of space. Yet, as Prof J.S. Alone of JNU says, “Such festivals do not necessarily change the social structure or the realities on ground.”

There have been other, quiet forms of assertion too, not quite linked to beef, but in some ways similar to the festivals that sought to widen the space for discussion on food. The common point, again, was the buffalo. On some camp­uses, students started observing Mahi­shasur Day, valorising the buffalo-demon fabled to have been slain by Durga, the slaying being celebrated in the Dussehra festival. JNU students observing Mahi­shasur day even wrote to then prime minister Manmohan Singh, seeking intervention to protect their deity. “Four days after Dussehra, a lot of communities, especially in Maharashtra and Madhya Pradesh, worship Mahishasur,” says Jitender, a JNU student. “We wrote to let the prime minister know of this.”

It is not as if this festival came into prominence only after its observation on campuses. In some regions where the supposed demon is celebrated as part of tribal folklore and culture, communities have been organising festivities with greater fervour over the years. The appearance on campus is but a consequence of that trend. Says Teltumbde, “All Indians—not Hindus alone—have the right to live their lives as they like within the confines of the law. No one can take that right away.”

In practice, however, some people have to fight for it against the dominants, who, as many examples show, need not be in a majority. And a government that never tires of proclaiming that it has the numbers might find a reminder that the real courtesy of democratic process lies in giving space to everyone without coming to blows.