The Mahdi On His Steed

A search for the Semitic binary of good and evil, messianic longing, and its uses in modern conflict 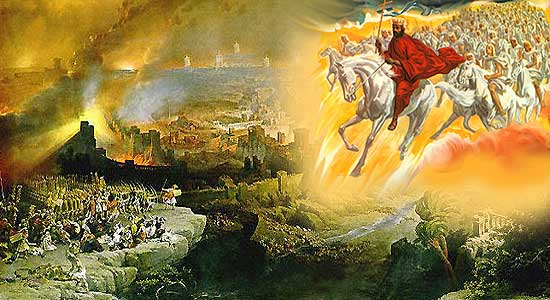 When Ayatollah Khomeini returned from the outskirts of Paris to lead the Islamic revolution in Iran, the clergy in the holy city of Qom fell into deep thought. An Islamic state, in all its pious purity, can only be supervised by the twelfth Imam, the Mahdi, who, though invisible, is in Samarra in Iraq, and who will reappear at the time of his choosing. That time had clearly not come because no “signs” of the second coming had manifested themselves.

In the absence of the Mahdi, the “Vali Faqih”, or intermediate Imam, would hold the fort. Imam Khomeini, in other words, was “Vali Faqih”.

The return of the twelfth Imam is specific to Shia belief, but variations on the theme of some catastrophic or benign divine intervention are native to all Abrahamic faiths. Self-proclaimed Mahdis have, on occasion, appeared to fight colonialism. In the late nineteenth century in Sudan, for instance.

This kind of a detail becomes a mere footnote in Talmiz Ahmad’s Children of Abraham at War: the Clash of Messianic Militarisms. He expands the theme on a wide canvas, even going back to Zoroastrianism as a possible source for the Jewish belief in the conflict between good and evil and the eventual cataclysmic battle in which evil would be defeated, leading to eternal bliss.

With variations, the concept of “eternal bliss” and therefore “eternal life” is part of all the three major Semitic systems. Even a believer like the great Urdu poet Iqbal could not resist poking fun at it:

(Neither the present nor the promised afterlife is satisfactory for Your freedom-loving creatures/ Here we must die; there we must live eternally!)

Talmiz, citing Christian and Jewish scholars, recalls commands from the Hebrew Bible which accord divine blessing for violence against alien nations and their gods.

According to these traditions, it was at God’s command that Joshua brought down the walls of Jericho and destroyed “utterly all that was in the city, both man and woman, young and old, and ox, and sheep, and ass with the edge of the sword...he utterly destroyed all that breathed, as the Lord God of Israel commanded”. I am tempted to quote another Urdu poet, Josh. He has “contempt” for a vengeful, terrible God. “I take no revenge,” he says. “Is God smaller than me?”

Talmiz cites similar streaks in Christianity and Islam. The book is a tapestry of pertinent quotations from scholars, all leading to Talmiz’s basic thesis: all conflicts, particularly in the West Asian theatre, however one-sided, fall back on the belief that aggravation of the conflict might precipitate Armageddon, a precursor to the Second Coming of Christ, or any other manifestation of the Messiah. Continuous conflict, according to these belief systems, holds promise of bringing man closer to the bliss of afterlife.

Ever since President Bush senior knelt in prayer alongside Rev Billy Graham on the eve of Operation Desert Storm, divine sanction for US action on behalf of Israel is almost taken for granted. This belief only gained momentum during George W. Bush’s two terms.
The puzzling aspect of the book is this: Talmiz Ahmad is India’s serving ambassador to Saudi Arabia. That the mea has allowed him to express views, sometimes totally in contradiction with official policy, shows uncommon openness. In another era this might have been considered mutinous.

Talmiz, of course, can most justifiably argue that his book is neither a critique of Indian policy nor a recommendation for resetting of compasses. He simply gives us a catalogue of US policy initiatives in the Middle East as listed by western scholars, many of them Jews.

The neo-cons and the Christian Right both accept the centrality of religion in their agenda. On this, Urban cites Irving Kristol: “The three pillars of modern conservatism are religion, nationalism and economic growth. Of these, religion is easily the most important.”

From this system of thinking, the evil Other is easily identified as Satan, without whom the Axis of Evil cannot be conceptualised.

This book is a reassertion that the thinking ambassador is not quite extinct.