The TCS IPO will set about a churning in the stockmarkets 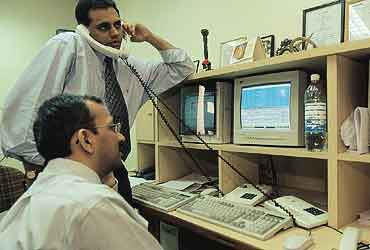 outlookindia.com
-0001-11-30T00:00:00+0553
It's the biggest public issue ever in Indian private sector's history. And it's expected to create major ripples in the stockmarkets. In fact, speculation is rife among brokers and investment analysts about the impact of the tcs issue, expected to raise between Rs 5,000 and Rs 6,500 crore and slated to hit the market by end-July or the beginning of August this year. For one, it may help calm the post-election topsy-turvy sentiments at the bourses. Says Prithvi Haldea, MD, Prime Database, "I expect a number of other companies, which had postponed their issues because of the falling Sensex, to finalise their plans now." Information available with Prime Database shows that 20 firms, who wish to raise over Rs 6,500 crore, have either received sebi's formal approval or are waiting for the clearance. Add another Rs 18,000 crore worth of mega issues that are in the pipeline.

Experts also contend there's bound to be a churning of existing portfolios among institutional investors, who wish to participate in the tcs issue. Such buyers generally assign a sectoral weightage and allocate funds accordingly to scrips in each sector that they are interested in. At this juncture, most of them are underweight on the IT sector; that is, the proportion of their funds invested in software firms are quite low compared to the scenario a couple of years ago. And they are unlikely to increase this ratio, given the various negatives—pressure on profit margins due to higher wage bills and rupee appreciation, and tax-related issues—in the IT sector.

So, if the institutions don't increase their sectoral allocation, they'll sell a portion of their existing holdings in software firms to free funds. Analysts feel that while selling is likely to be witnessed in scrips like Infosys and Wipro, the brunt will be borne by Tier II software stocks like Satyam. Says Nimish Shah of Parag Parikh Securities, "The market is underweight on technology and, hence, Tier II and Tier III stocks will be hit by the ipo." sski Securities' Mahesh Vaze explains that the switch between tcs and Satyam will happen because "tcs may price its issue just a tad higher than Satyam's one-year forward price-earnings ratio". Another analyst adds that both firms have a similar business model, but Satyam is a much smaller company. So, institutions are more likely to be enticed by tcs. Over the past few days, the Wipro scrip has lost 2.6 per cent and Infosys has slipped 4 per cent. But the worst hit has been Satyam, which has shed 9 per cent since June 10, falling from Rs 318 to Rs 289. So is the case with other IT scrips like HCL Technologies (a fall of 5.4 per cent) and Polaris (5 per cent). Clearly, the portfolio churning has started.

How The Cash Will Flow