The Lotus In The Palm's Shade?

Madhya Pradesh is the clear gain for the BJP and Chhattisgarh is a cleft stick. Otherwise it's a near-perfect hand. 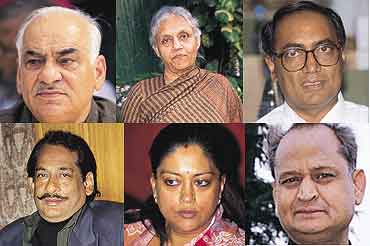 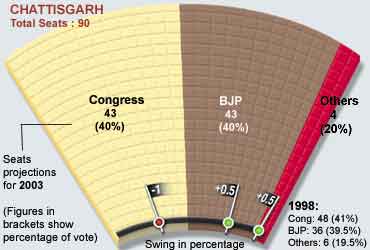 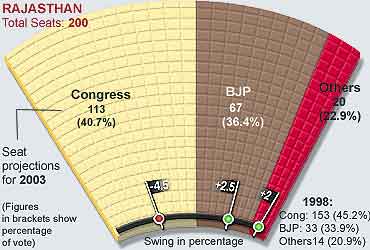 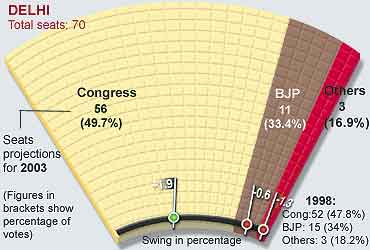 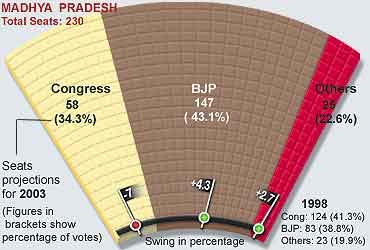 Methodology
The Outlook-Zee News-AC Nielsen opinion poll was conducted using a structured questionnaire and through personal interviews among a sample of the voting public chosen at random. The total number of assembly constituencies along with the number actually covered and the sample size in each of the four states—Delhi, MP, Chhattisgarh and Rajasthan—is given in the accompanying table. Some 123 assembly constituencies out of a total of 590 were covered by the survey. Approximately 180 men and women were polled in each constituency for the poll. In all, 21, 936 interviews were conducted in the four states. The assembly constituencies chosen for the poll were selected on the basis of the voting pattern observed over the last two state assembly elections. Consideration was given to patterns like:

In the urban areas, interviews were conducted with men and women in the ratio of 60:40, but in the rural areas, only males were interviewed. The latter practice has evolved out of field experience in the rural north where eliciting reliable independent ‘female’ data has traditionally been found to be difficult. All interviews were conducted by trained AC Nielsen investigators working under supervision. They were personally briefed by an AC Nielsen executive. The field work for the study was conducted from October 30 to November 9, 2003, with an additional small poll conducted in Chhattisgarh on November 18 to assess the impact of the Dilip Singh Judeo bribery scandal in the state.

Note on the model used for forecast
AC Nielsen has been collecting political opinion poll data since 1989 and has now developed a sophisticated and robust model for forecasting the number of seats a party is likely to obtain.

The forecasting model that they have developed lays strong stress on attitudes people express towards a particular party, in terms of how they feel each party can tackle current political issues such as ‘riot handling’, ‘communal disharmony’, ‘rising prices’, ‘law and order’, etc. These responses are weighted to arrive at a ‘surrogate’ voting intention for each individual.

The model lays equal emphasis on the swing in this ‘surrogate’ voting intention as on explicitly stated voting intentions. This is primarily because it is extremely difficult to obtain a totally representative sample covering all communities and backward classes.The swing factor, which filters qualitative aspects into quantified data, is subject to less error. The swing data thus obtained is usually superimposed on the last election results to arrive at the new forecast for the parties. The sample being different for different constituencies, the margins of error too differ.On an average, it’s from 1.7-2%.

Once Upon The River Love