Are the new pentecostal groups a threat to the traditional church? 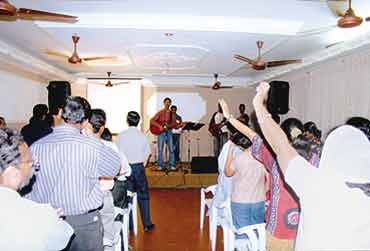 outlookindia.com
-0001-11-30T00:00:00+0553
Jesus Christ was not born on Christmas Day but some time in September. "December 25 is just another day!" This is just one of the ‘myth-busters’ being preached from the pulpits of what are called new generational or full gospel churches. And plenty of people are listening. The faithful from traditional Catholic and Syrian Christian churches are leaving in large numbers to join these churches. Others are forming new ones.

Through the past decade, small groups of praying people in Kerala have been forming churches; they can be registered as churches under the Charitable Societies and Registration Act 1955. These have no pope, archbishops, bishops or priests—but leaders who become cassock-less pastors (some study theology, others get the calling). Even a corner of a home can become a church. In Kollam, Binu Raveendran and his family, converts from Hinduism, have a home church. Says Binu’s wife Ganga, "We call it ‘Read Bible Everyday’ and it’s growing."

Heavenly Feast, with five branches in Kerala and over 11,000 members at the Kottayam church alone, is the largest new generational church. Says pastor Mathew Kuruvilla, "The numbers are so large that we stopped giving membership." These churches follow Pentecostal doctrines with their emphasis on faith, worship and evangelism. 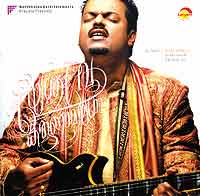 Take worship at the Exodus church. Instead of sombre liturgical paraphernalia, there’s a thousand watts of sound and a clapping, singing, dancing congregation. Pastor Viju Jeremiah Traven, former frontman of Calcutta rock band Shiva, has morphed Exodus, his Kochi band, into a church. The rock star moves are still there but he’s jumping in ecstasy asking, "Are you happy?" "Yes!" the congregation roars.

Traditional churches are unhappy with the new entrants, whom they view as heretics. Says Rev Daniel Acharuparambil, the Latin Archbishop of Verapoly, "They are sheep-stealing."

Such deserters counter that traditional churches worship idols, are too ritualistic, profess transubstantiation (the literal belief that the wafer and wine at service change into the body and blood of Jesus Christ) and the clergy are no longer interested in the problems of the laity.

One of the most radical departures of the new churches is their view of the most potent religious symbol—the cross. Says Traven, "We have nothing against the cross but people tend to worship the object. We worship the person, not his grave."

The new churches also believe adult baptism is the key to the kingdom of God. ‘Adult Baptism’ and ‘Born Again’ are the most repeated words in their lexicon. On this, Rt Rev Dr Geevarghese Mar Theodosius, the Bishop of the Marthoma church says, "If a member takes another baptism, he will be advised. If he still clings to the new faith, the parish priest will delete his name from the church’s register. But the door will be kept open for the person to come back to the fold." Deletion can be tantamount to excommunication. In other words, the church can simply refuse to bury your body in your family grave.