The Lord Have Mercy

ISKCON’s image is in the dumps, the scrap over Bangalore centre’s assets is one more nail... 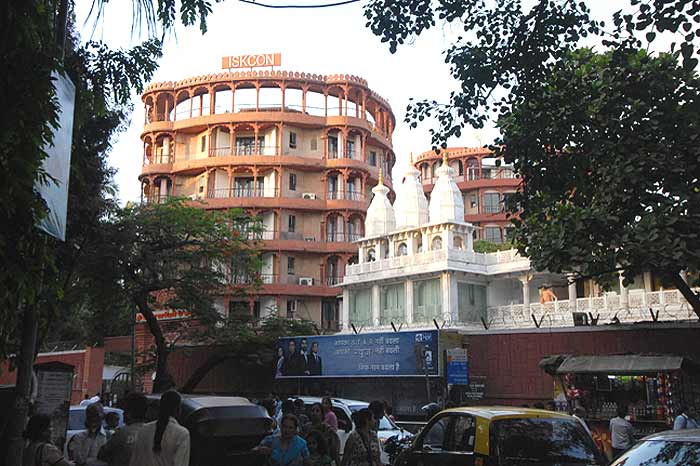 A state of “semi-consciousness” runs deep in many Krishna devotees nowadays, mostly related to their precious International Society for Krishna Consciousness which has had a harrowing time of it of late. The officials who run it and the swamis they once looked up to are all in the news, and for quite unholy reasons. ISKCON, in the last few years, has been dragged to court over allegations of child abuse, sexual abuse, molestation cases, murder, drug trafficking, copyright violations, financial fraud...the list runs long. The biggest blow came in 2001, when the organisation settled, out of court, a $400 million lawsuit filed by 44 adults who said they had been abused as children at Hare Krishna boarding schools in India and abroad, with the worst cases recorded in Mayapur in Bengal, and Brindavan in Uttar Pradesh. In 2002, most ISKCON centres in North America filed for bankruptcy to pay the reparation amounts to abuse victims there.

Now, a decade later, more skeletons are tumbling out of the closet in India. A major legal war, no less, is going on between the Mumbai and the Bangalore centres over control of property worth an estimated Rs 500 crore on the Hare Krishna Hill at Rajaji Nagar in Bangalore. Madhu Pandit Dasa, president of the ISKCON Bangalore temple, insists that the trouble started in 1998. “The trigger point was the fall of Harikesa swami. We had been told that he was a great sanyasi guru, a great spiritual leader. He had over 3,000 disciples, mainly in Europe. When he left ISKCON to marry a massage therapist and left with millions of dollars, we were naturally stunned.” 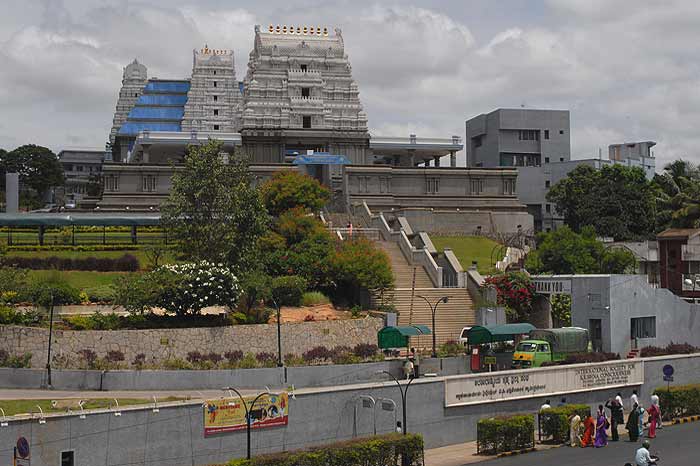 The Hare Krishna hill, in Bangalore. The latter project, said to be worth Rs 500 cr, is at the heart of the conflict. (Photography by Jagadeesh N.V.)

And this high-ranking-guru-turning-rogue wasn’t a one-off. Of the original 11 disciples appointed by Srila Prabhupada (the founder of ISKCON) for the management of the movement worldwide, nine have “fallen from grace”, with cases ranging from child molestation to murder, embezzlement, sexual abuse, homosexuality, opulent living and duping disciples registered against them. The “latest guru to fall” is Prabhuvishnu Swami, who left ISKCON Australia in 2011 to live in Bangkok with a commercial sex worker he had met there, says Madhu Pandit. After Srila Prabhupada died in 1977, 41 gurus have left ISKCON, many allegedly making off with large sums of trust money. Which is why the Bangalore branch says it doesn’t want anything to do with the rest of the movement in India which is, incidentally, headed by Mumbai.

ISKCON Mumbai has technically been the nodal agency for all the temples and branches in the country. They allege that the Bangalore camp is out on a smear campaign. “This is simply a case of Madhu Pandit and his family members trying to usurp the Bangalore property,” says Dayaram Das, spokesperson for ISKCON’s 22-member bureau in India. He alleges that Madhu Pandit forged the signature of their temple president in Vrindavan on a letter written to life members to woo them away from Mumbai. “Before this happened, we were trying to make peace but we had to take action against the letter because it was an act of indiscipline and insubordination,” says Dayaram Das. He also claims that Madhu Pandit rents the premises of the temple in Bangalore to trusts run by himself or his family members.

Some of these trusts include businesses like selling Krishna-related paraphernalia etc. The trusts also include the Rs 81-crore Akshaya Patra, an NGO that feeds 1.3 million school children mid-day meals across the country. They have also set up a real estate company, says the Mumbai faction, developing the land around Bangalore’s new Krishna Lila Park project, which in Madhu Pandit’s words, will be a “spiritual Disneyland” filled with attractions based on Lord Krishna’s leelas and will also have ISKCON’s tallest temple. Pandit squarely refutes the charge of embezzling funds though. “Our accounts are published and we have won awards for clean accounting. We have outside trustees for Akshaya Patra that receives funds from the government. Because it is a public-private partnership, we have kept its accounting separate from donations received for ISKCON Bangalore.” 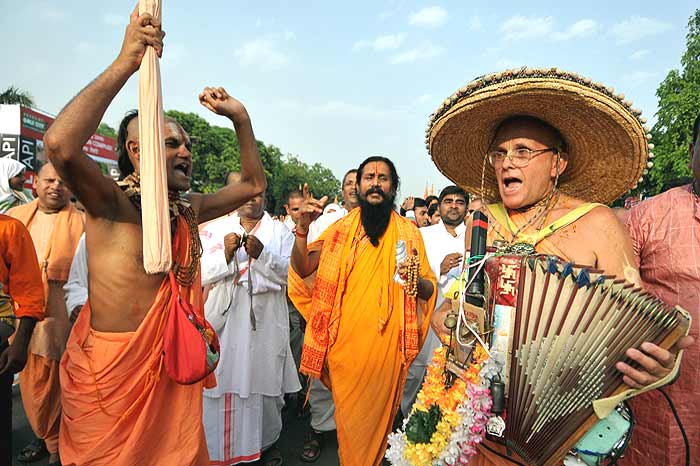 The Bangalore camp says Mumbai can’t accept the fact that the city’s Hare Krishna Hill and the Akshaya Patra projects are extremely successful—and solely developed by them. They say despite the repeated attempts of many devotees, it was only in 1998 that there was even a discussion in India about why so many gurus had “fallen”. They also discovered a document—famously called the “July 9 letter” in ISKCON higher circles—where Prabhupada had left instructions that after him there would only be “ritviks” or representative acharyas who would initiate disciples in his name.

After Prabhupada died, ISKCON was divided like an empire among the 11 disciples, each proclaiming they were gurus.

“The governing body council (GBC), even when Prabhupada was alive, had tried to replace the federal organisational structure, where each temple functioned as a separate legal entity, with a centralised, bureaucratic structure,” says Chanchalpati Dasa, Madhu Pandit’s brother-in-law and vice-chairperson. This move was countered by Prabhupada by dissolving the GBC temporarily. However, after he died, ISKCON was divided like an empire among the 11 disciples (none of them Indians), with each proclaiming they were gurus by disciple-succession. New recruits had to worship them as gurus and Prabhupada was ascribed the role of “founder-acharya”, accuses Chanchalpati. “I made a presentation to the GBC, asking them to revert to Prabhupada’s original instructions,” says Pandit.

The GBC immediately expelled him, his brother-in-law and another colleague, Adridharam Das, who was at the time the Calcutta temple president and a pro-reform proponent. However, being only a so-called ‘ecclesiastical body’ with no legal powers, the GBC asked ISKCON Mumbai to legally remove all the three from the movement. The Mumbai chapter says they were only acting on behalf of the global body in expelling these “rebels”. Dayaram Dasa says Madhu Pandit and co should have sued the governing body, not the Mumbai branch. “I am also against these corrupt gurus and the way ISKCON is being affected by it all. But it’s an internal matter and should be resolved internally. Pandit has dragged it out into the open only as an excuse to usurp the property in Bangalore...which actually belongs to Mumbai,” he says.

So as charges fly thick and fast, it’ll now be the courts who finally decide the real ISKCON contenders. The high court verdict went against the Bangalore faction, which they have since challenged. In this war of faith, the one left bemused is the ordinary ISKCON devotee.