‘The Lord Does Not Exist’

The angry Brahminical god has tried to dominate the aboriginal, ambiguous deities. Then came the poet-saints, who transformed worship into an act of deep, silent personal love. 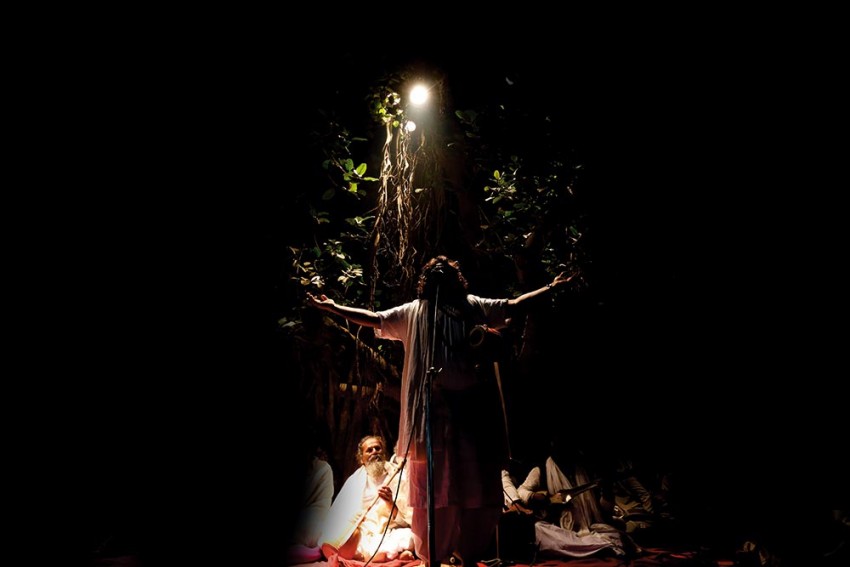 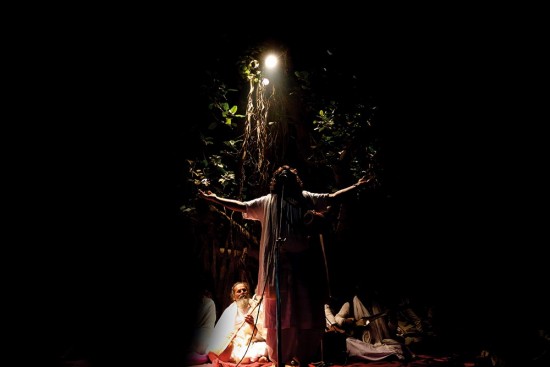 The line of the title of this piece does not come from an atheist. Akappey Cittar, the Tamil Siddha from around the fifteenth century who wrote it, is marking his distance from orthodoxy by proclaiming ‘pure nothingness’. Not just the Lord, but for him, he himself does not exist, nor does the Self or the preceptor. Much of the world of appearances does not exist either. Only ‘pure void’ exists. But his is a minority voice, overwhelmed and overpowered by a strong binary that Chapter 1343(15) of the Raja Dharma Parva of the Mahabharata proposes.

Without fear of punishment and of violence, says the Mahabharata, neither fame nor prosperity can be attained on this earth. Gods who had killed (Rudra, Skanda, Agni, Varuna, Yama, Surya, Vayu, Kubera, the Vasus, the Maruts, the Sadhyas, the Vishvadevas) have greater respect and veneration than those gods prone to peace, self-control and restraint (Brahma, Dhata, Pushan). Depending on the context, people in India have chosen to portray their gods as angry, violent and punishing; or as benign, compassionate and loving. The story of god/gods in one of the religious traditions in India, then, is the story between two impulses: the retributive and the compassionate. Put differently, the contest is between rea­s­sertion of a Sanskritic and Brahminical universe upon forces of marginality, ambiguity, liminality, transformation and non-transcendence. In other words, the avarna, folk, aboriginal and rural battle against a dominant monochromatic view that seeks to impose itself. This is a story that has been told too often. But the real story of the birth of the gods bel­ongs to the poets who sou­ght to transform the angry and violent gods into empathetic and even loveable entities. This is a world beyond caste, ritual, purity, canon and power. Thus, Namm­alvar could say: “You bel­­­i­e­vers in Linga mythologies/and you Jainas/ you Buddhists/becoming all of you choppers of logic/ becoming even your gods....” This warning is not confined to the turgid pedantry of the logic choppers alone. The kings rec­eive a warning too: “Kings/who rule the earth all alone/ for long years/will one day hobble/ on legs bitten by black dogs/and beg from a broken pot....” Civavaakkiyar, another Siddha poet, denounces idol worship, temple-building, rituals, sects and the Brahminical preoccupation with texts. Asking people to study their own selves, he asks them to become the temple of god. Such a temple is “full of His dance and spell/and song”. God, he tells his readers, is not in the scriptures or rituals or prayers, but in melting with the heart INS­ide. Basavanna sees the sacrificial lamb eating up the green leaf decorations brought for the festival. The lamb’s concern is to fill its belly; he knows nothing about the imminent sacrifice. “But tell me:/did the killers survive,/ O lord of the meeting rivers?” asks Basavanna. For Dhurjati, the suffering of the living cannot go away by praying to “those worms who are kings”, but only praying to the God of Kalahasti. For Janabai, the Lord loads the garbage, carries the basket on his head and throws it away in a distant dump. Under the spell of her devotion, “He now performs the lowliest tasks...” Chokhamela asks Vit­thal to expe­r­ience first-hand the lack of rights an out­­­cast suffers, to feel the sense of discrimination of  “this low born/human body every/one drives away”. Beyond politics and society, Andal wishes to establish deep intimacy with a loving god. In this very birth, she wishes “to serve Govinda/in little intimate ways,/ than wait for a life bey­ond?” If only Govinda, she hopes, would one day fold her into his radiant chest and fulfil her. For Mahadevi Akka, her lord, white as jasmine, barters her heart, loots her flesh, claims her pleasure as tribute and takes over all of her. When Muktabai gazes at Vitthal,  she realises that “The mattress is emptiness./ Lie down upon emptiness.” A defiant Mira, a Rajput princess, sees her lord in a dream: “In a dream/the Lord of the Downtrodden/ married Mira and took her to bed. Good fortune from previous births/comes to fruit.” 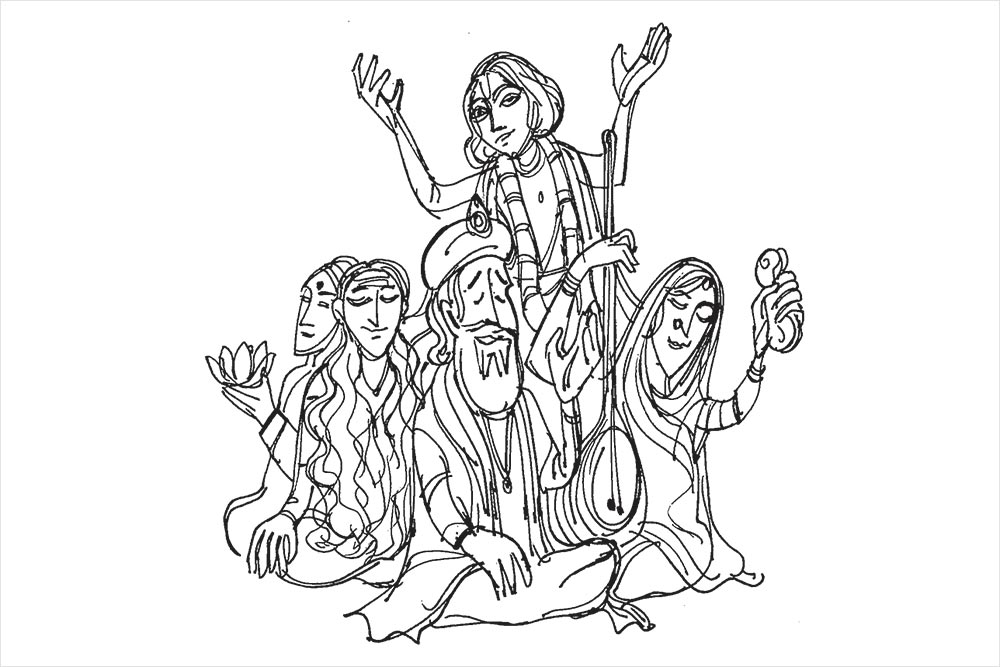 The poet-saints of the Bhakti movement, from the 8th to 17th century, span the nation: from Lalla Ded in Kashmir to Mahadevi Akka in Tamil Nadu, from Mira (west), Kabir (Benaras) to Chaitanya (east). They stress total immersion in devotion, leading to a communion with god.

The examples are endless. In essence, they stand for the complete rejection of the idea of gods that are violent and forbidding. For them, god is either manifest or unmanifest, but alw­­ays loving, personal and real. In sharp contrast, today it would be impossible for a Ramprasad Sen to write about “crazy Kali”, asking her to “cut this black snarl/of acts...”, or call her a “crazy girl”. A defiant Mira will have to face the wrath of the various caste associations upholding Kshatriya pride. The com­­plex mysticism of Rama­krishna Paramahansa and Ramalingaswamy would be inc­omprehensible to atheists and believers alike. Instead, all the gods now are marshalled to protecting the ignorant and limited pride of their self-appointed saviours. Their gods are stuck in an ignorant slime, unable to take flight, literally. Take this Baul song recorded in 1954:

“If you wish to board an airplane
you must travel light,
to be safe from the danger of a crash./You must renounce
your errors and inhibitions
and show your credentials at the airport./Paying your fare of
devotion to God,
you must give up
your worldly wealth
to buy a ticket for a seat.
The feet of your Master,
the airplane,
will take you to Vishnu’s sphere
in less than an eyelid’s wink.”

Here, the Baul singer does not hark back to the Pushpak viman. He has no use of it. He has moved on, philosophy and faith intact, and so has his god. And to those who wish to get away from both theogony and theology, Akappey Cittar says this:

God does not require slogans. Nor swords and guns. Nor protectors. Just reflective silence.