Is the Planning Commission, our super policy wonk, running out of a plan? 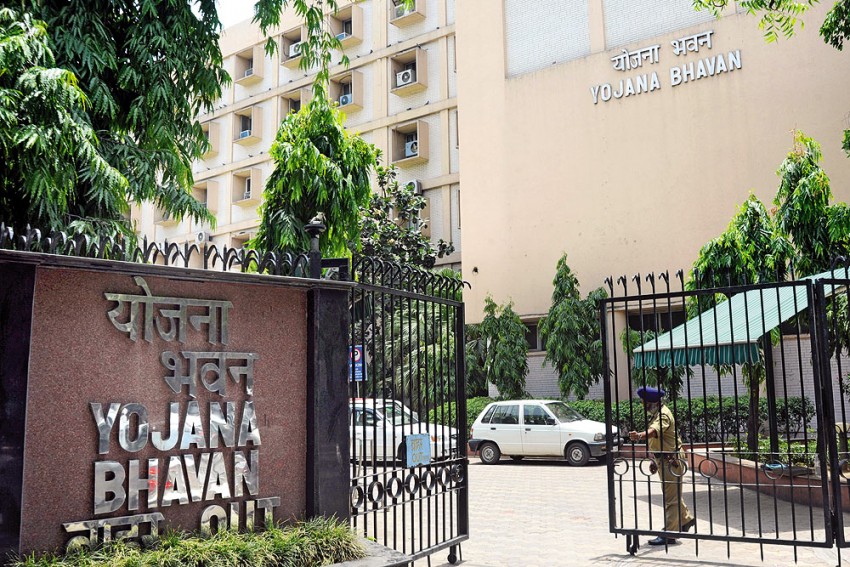 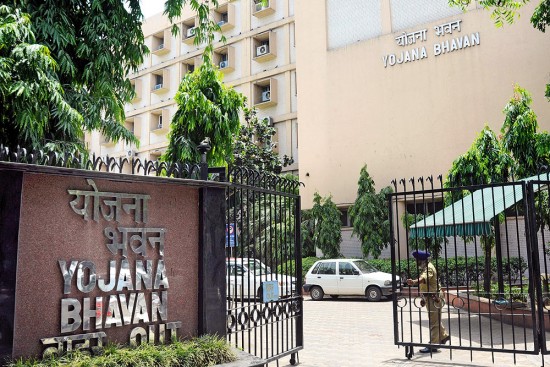 On the surface, everything seems to be normal at Yojana Bhavan, which, as the building that houses the Planning Commission, is a symbol of the old command economy. As a regular wryly remarked, its inf­am­ous Rs 35-lakh toilets are certainly being frequently used. As always, government officials reach out to its members for “expert advice” on various issues, from poverty numbers to infrastructure dev­elopment to social sector spending.

But it’s difficult to hide the air of une­ase. For most of the 1,100-odd people working with the Planning Com­m­is­s­ion —including officers and consultants, many on deputation or contract—the ong­oing debate on its restructuring is a taboo subject. “There is a great deal of disquiet, despondency,” agrees a senior official reluctantly, refusing to be named.

It’s not surprising, actually, given the uncertainty over the future of the plann­ing body (set up in 1950), as being debated in the media. The fact that no one has been named to take over as deputy chairman and the process of appointing members is yet to begin (even though the new NDA regime had been in power for over a month) has added weight to fears that the com­m­ission’s days are numbered. MoS for planning, statistics and programme implemen­ta­tion, Rao Ind­erjit Singh, seemed as much in the dark as everyone else, telling PTI, “I too heard it through the media. I don’t know whether there is anything of substance in it really.” B.D Virdi, advisor, multi-level planning, is one of the few who’s still upbeat. He feels “there is curiosity, not anxiety, to know what changes are in store...whether it’ll improve delivery”.

A Planning Commission veteran poi­nts out that even in ’04 when the UPA came to power, the appointment of Montek S. Ahluwalia as deputy chairman was fin­a­lised only on July 4. Another senior official points out that as in ’04, this year too in the run-up to the general budget there is not as much active consultation on gross budgetary support as the main discussions with the states, central ministries and finance ministry had already taken place ahead of the interim budget.

But the media debate goes on. After all, the Planning Commission is seen as an irritant by most state governments and central ministries. Also, during the previous NDA government and the UPA tenure, it’s been at the centre of many a controversy or tussle for power.

“The Commission should once again return to being a genuine planning body...it should be a systems reforms commission.”
Arun Maira, Ex-Planning Commission

Four years after ex-PM Manmohan Singh spoke about the need for revam­ping the commission, and accepted the recommendations of former member  Arun Maira, the debate on improving the ‘monolith’ organisation’s functioning continues. On May 30, Dr Ajay Chhibber, the first director-gene­ral of the Independent Evaluation Off­ice, set up to review the outcomes of various central government program­mes, submitted his ‘suggestions’ to PM Narendra Modi. The main suggestion is to replace the Plan­ning Commission with a ‘Reform and Solutions Commission’ while apportioning its role as an allocator of resources to states to the Finance Commission and the allocation of funds to the central ministries to the finance ministry. “We do need a body for long-time thinking and planning,” says Chhibber, a former IMF economist who was tasked with suggesting reforms by Dr Singh.

N.C. Saxena, ex-secretary, Planning Commission, in a paper points out that centrally sponsored schemes (CSS) were originally to be formulated only where an important national objective such as poverty alleviation was to be addressed, or the programme had a regional or inter-state character or was in the nature of a pace-setter. Instead, by the terminal year of the Eleventh Plan (2007-12), there were approximately 300 CSS. While sma­­ller resource-constrained states benefit from this scheme of things, it is politically a bone of contention. Many states like Gujarat want greater flow of funds without being tied down to specific projects.

Critics of the Planning Commission say there is nothing substantial to be said in favour of the body. It has often been acc­used of bias in funds allocation in fav­our of states recording higher growth. Dr Vinay Sahasrabuddhe, director of the BJP-supported think-tank Public Policy Research Centre, says, “The Planning Commission’s been overstepping its role for some time now, with even instances where it has entered into the executing arena. That said, as a student of governance, I feel there is need for a supervisory body as the very implementation of a public scheme involves several bodies.”

He cites the example of water mana­gement which is dealt with by half a dozen institutions leading to overlap and poor execution. Whether it is the UID or the Institute for Applied Man­p­o­wer Research, both under the Pla­nn­ing Commission, there have been sev­eral shortcomings. Experts feel the Commission needs to evolve into a more credible body with greater accountability to Parliament. Currently, its members and consultants are not answerable to Parliament.

What about the earlier attempts to reform it? Maira is critical that the executive, while accepting his report did little in the way of implementing any suggestions. He however acknowledges that Montek did allow members to seek and accept suggestions from experts outside the commission. “There is need for the Planning Commission to once again become a genuine planning body and not the large planning ministry that it has morphed into. It should become a systems reforms commission. What is lacking so far is the will and skill to get it done,” says Maira.

Sindhushree Khullar, secretary, Planning Commission, also shares the view that restructuring is called for to help the institution emerge as a credible think-tank. “We fall between two stools—the government department and the think tank—and fall short of expectations on both counts because we muddle our roles,” says Khullar.

The official however shares the views of Chhibber, Maira and other experts that the commission’s function as a bridge between the different arms of the government—including the PM, the finance ministry and the Centre and states—cannot be done away with. In some form or the other, the occupants of Yojana Bhavan will still be relevant in the future.