The Lonely Art Of Hanging

A Malayalam novel set in Calcutta looks at family history, the role of women and tortured relationships 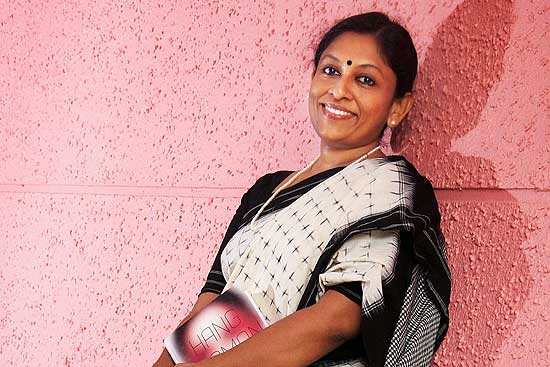 How does one review a translation? Is the reviewer to examine the expanse of the writer’s imagination or the dexterity of the translator’s craft? And, if the original work is written in a language the reviewer is familiar with, does she judge how the translator has handled the cadences of the language, the grammar and idiom of the land and how much is compromised in an attempt to simplify complexities? But here was a peculiar situation: while the novel is written in Malayalam, it is set in Calcutta and is about a Bengali family. Malayalam has really no role to play at all.

Reviewing this translation, I realised it wasn’t going to be easy and hence I decided to shed my reviewer’s cloak. I would read as a reader should with eyes wide open rather than the narrowed gaze of the reviewer’s. And that perhaps is the only way to read K.R. Meera’s Hangwoman, brilliantly and seamlessly translated by J. Devika.

The novel begins with the rejection of the mercy petition sent by Jatindranath Banerjee to stay his death sentence. Phanibhushan Mullick, the 88-year-old hangman who has already sent 451 people to death, is the one who will be Banerjee’s executioner. However, he demands that his daughter, the 22-year-old Chetana, be given a government job if he has to carry out the execution. There it would have stayed. But Sanjeev Kumar Mitra, the anchor of CNC channel, takes it upon himself as a media stunt to advocate the cause of Chetana as Phanibhushan’s successor.

It is here that the real story begins. Chetana, just another 22-year-old until then, emerges into the foreground. For Mitra, apart from planting a seed in Chetana’s father’s head, throws a noose around her heart. She is smitten until she sees him photograph her brother, whose arms and legs were hacked by the father of a man Phanibhushan hanged. She smashes the camera and Mitra says to her, “I want to **ck you hard, even if only once.” Later, he proposes marriage to her to buy her and her father’s loyalty. And Chetana is stricken, not knowing if she loves or hates him.

There are false notes veering on self-indulgence and a gimmicky ending. But this is an epic novel that examines lives of women.

That sets the tone of the narrative. Alternating between the magical stories of the Mullick family, whose lineage can be traced all the way back to 400 years before Christ and the bleakness of their contemporary lives, Hangwoman is a coming-of-age novel, albeit of a different kind.

Eventually, Chetana shrugs aside her tyrant father, and her slick, brutal and unscrupulous lover. A woman who is at equal ease under the harsh lights of a TV studio as she is fashioning a noose or embracing the man whom she is to execute in a few hours, Chetana becomes a symbol of women’s empowerment. The last bastion is broken when Chetana becomes a hangwo­man—never before has there been a hangwoman anywhere.

The feminist slant, however, is neither polemic or shrill. Instead, K.R. Meera is at her best when she examines the lives of her women characters. “Raindrops hard as stones hit my face. I could find no man about whom I could say: this is my God. Everyone demanded worship. Not one could prove he deserved it.”

The writing is strong, and even if the many stories of the Mullick family tend to skitter and bolt a little like an untamed filly, sheer energy drives the story forward. There are several false notes veering on self-indulgence and the twist at the end is almost gimmicky. I would have preferred it to have ended with the hanging. Again, it is the reader in me than the reviewer stressing this point. But these are minor quibbles in what is an epic novel that examines the place of women inside and outside their homes. As K.R. Meera writes in her acknowledgements: those who did not seek them out would never know that they had indeed lived.

K.R. Meera is not a Bengali and has never lived in Calcutta. But in a novel that is as much a tribute to magic realism as it is to the Malayali’s innate love for Bengali literature, neither detail is relevant. Here is a novel worth reading, for it is both unusual and courageous. And reveals that translations don’t always need to be stilted or clumsy.