Power, land...and a hostile Shah. Why Anandiben’s daughter is in the spotlight. 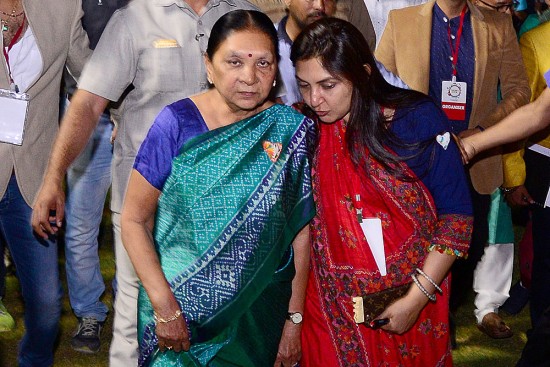 When Amit Shah met Guj­arat CM Anandiben Patel in Delhi on Feb 7, the heat from the land deal involving the latter’s daughter Anar was still scalding the air. It was reportedly a rather fro­sty discussion the CM had with party president Shah, after arriving in Delhi for a meeting of the Gujarat and UP units with the party leadership. On the menu: strictly organisational iss­ues plaguing the Gujarat BJP and the long-pending decision to appoint a state head.

Yet, even before the CM could catch her breath from the Delhi trip, a regional daily in Gujarat had splashed an eye-catching report about her pointed snub to Shah over the weekend. The daily reported that Anandiben, when quizzed about her daughter’s alleged land grab, told the party chief to ask the prime minister about it. While no one in the BJP was quite willing to talk about the alleged altercation between the two old rivals on Sunday, the news report reconfirmed what’s been an open secret for a while in Gujarat: namely, a raging battle between two of the Modi’s favourite people and proteges, pitted in a power struggle.