The Littered Floor Of The Cutting Room

Not quite death by a thousand cuts, but it is a distorted picture that Tamil Nadu sees 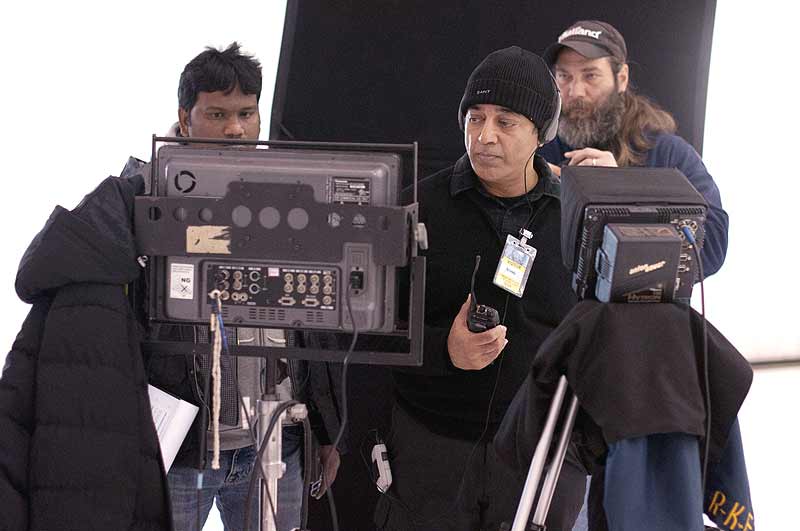 Now that the Tamil version of Vishwaroopam—vetted and pre-censored by alarmist Muslim groups in Tamil Nadu—has been released, what are the apparently inflammatory and incendiary content Tamil viewers will be spared? These are scenes that have already been seen by everyone elsewhere in the country and haven’t, so far, prov­oked rioting or communal outrage. But in Tamil Nadu, the film prompted: violent protests even before its release, state’s subsequent abdication to maint­ain law and order and a dramatic threat of self-imposed exile by Kamalahaasan. This wasn’t the first time the actor has courted the ire of Muslim gro­­ups, some of whom had expressed concern with how earlier movies Hey Ram and Unn­a­ipol Oruvan had depicted Muslims.

Outlook spoke to two Muslim leaders, M.H. Jawahirullah, MLA, of the Tamil Nadu Muslim Munnetra Kazhagam (TMMK) and A.K. Mohhammad Hanifa, coordinator of the Federation of Isla­mic Organisations and Political Parties in Tamil Nadu, who were among those to have met with Kamalahaasan and the state’s home secretary R. Rajagopal in backroom parleys to discern specific instances from the film that had caused the controversy and the cha­nges were finally promised to smooth things over. 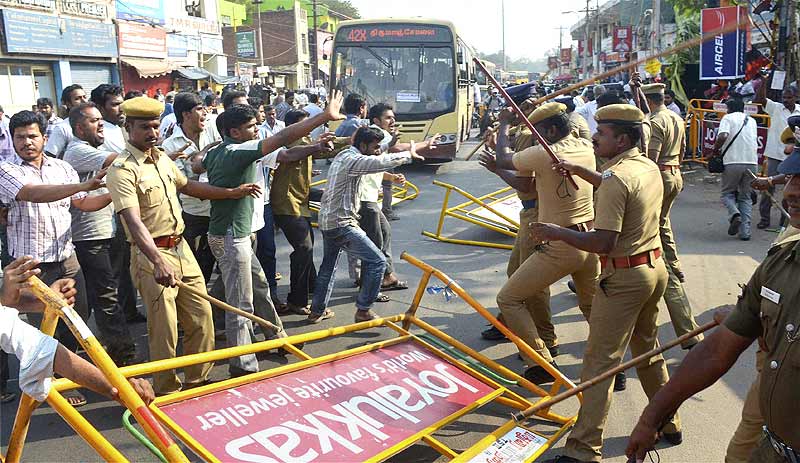 Roadblocks A protest in Madurai

What follows is a listing of the edits sought by the protestors aga­i­nst those actually made by Raaj Kamal Films International to clear the way for Vish­waroo­pam’s release in Tamil Nadu:

Apart from these modifications, Jaw­ahirullah says, the film will now carry a disclaimer stating explicitly that it is a work of fict­ion and not intended to hurt the sentiments of the members of any religious community. When asked whether this confrontation could have been pre-empted had the film carried such a disclaimer from the get-go, he replies that all filmmakers have a social responsibility. “And more so in a state where cinema is so powerful, so much so that the industry has produced five chief ministers. People here have conf­essed to committing crimes after being insp­ired by films. Without these cha­n­ges, Vishwaroopam would have made it seem as though the Quran is a textbook in the hands of terrorists and the namaz a motivation for terrorist attacks.”

It has also emerged that the Muslim groups wan­ted more changes, including the deletion of all scenes where terrorists are reading the namaz, especially one where a Nigerian terrorist is shown readying himself for martyrdom and praying before he attempts to exp­lode a nuclear bomb in New York (they had no problem with Kashmiri reciting the namaz when he is faced with the threat of a nuclear explosion). Howe­ver, Kamala­haasan managed to strike a compromise after offering the changes listed above, arguing that further cha­n­ges entailed high costs and delays.

As to why Muslims in neighb­ouring Andhra Pradesh, Karnataka  or Kerala haven’t taken similar umbrage with the film, Hanifa argues that Tamil Nadu’s Muslims are far better organised. “We expressed our anger collectively and reaped a successful result,” he says.