Bridging the gulf between babuspeak and the popular tongue 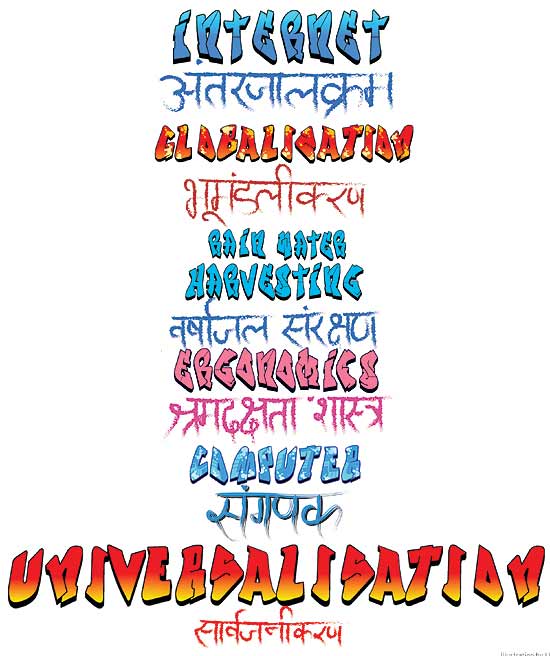 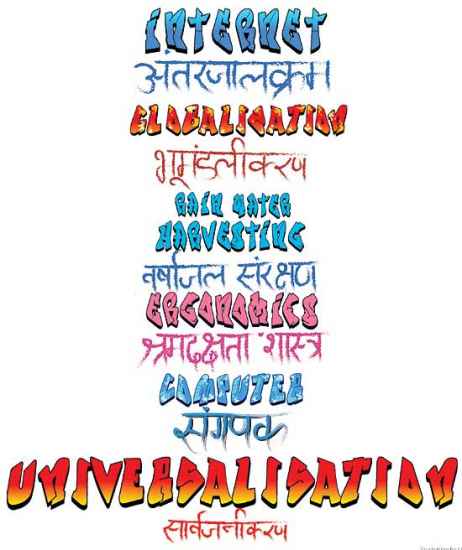 A delightful chapter in Harivansh Rai Bachchan’s autobiography, In the Afternoon of Time, sensitively translated into English by the Hindi scholar Rupert Snell, deals with the late poet’s travails as a Hindi officer in Nehru’s government. Bachchan, whose thankless job it was to “help and assist in the progressive use of Hindi” in the ministry of external affairs, paints a vivid picture of the emerging world of official Hindi in a new nation. Translators churn out Hindi versions of English documents that are absurdly literal and therefore incomprehensible. Committees set up to expand the vocabulary of Hindi produce one Sanskrit-based coinage after another, like ‘vidyut prasaran yantra’ for radio and ‘sima shulka sadan adhikari’ for customs house officer (“a perfect Tulsidas chaupai line,” exclaims the poet Ramdhari Singh Dinkar, who chaired the committee that conjured up the second term).

And yet, senior central government babus stonewall Bachchan’s efforts to promote Hindi in the workplace. “I eventually came to see,” writes Bachchan, “that the Hindi section itself was a cunning diplomatic subterfuge: as long as the section existed, nobody needed to learn Hindi.”

About a half-century later, not much has changed in New Delhi’s tryst with Hindi. Two central ministries, home and human resource development, together spend about Rs 80 crore a year propagating an arcane tongue called ‘Sarkari Hindi’. Sarkari Hindi has a large bureaucracy which produces lakhs of pages of turgid translations, sets up Hindi committees, observes Hindi Days, measures Hindi usage in the central government (pointing out dolefully year after year that targets are not being met) and coins Sanskritised equivalents for the new English words that float into its ken: ‘sanganak’ for computer, ‘kunjipatal’ for keyboard, ‘paristhitiki vigyan’ for ecology, ‘antarjaalkram’ for the Internet, ‘varshajal sanrakshan’ for rain water harvesting, ‘bhoomandalikaran’ for globalisation, even ‘shikshanoranjan’ for the toe-curling ‘edutainment’. By contrast, as Snell points out, beyond government, innovative Hindi websites are effortlessly finding their own apposite solutions to modern needs, like ‘utarna’ for ‘download’ and the cheery ‘clickiye’ for ‘click’.

But now, apparently, sarkari Hindi is up for reform. In recent months, the home ministry’s Rajbhasha department, which has for decades overseen the promotion of Hindi in official circles, has signaled a desire to unbend. It all began, says Veena Upadhyaya, till recently secretary of the department, with a meeting last July—after a tell-tale gap of four-and-a-half-years—of the policy-making Central Hindi Committee chaired by the prime minister. “The PM,” recalls Upadhyaya, “was proactively involved in the discussions, staying two-and-a-half hours instead of the stipulated hour, during which the point was made time and again that sarkari Hindi was too tough. The home minister also called for official Hindi to be simplified and come closer to the masses.”

Emboldened at having her own views echoed by a “group as exalted as this one”, Upadhyaya unleashed a five-page circular in late September, stating every language had two forms, literary and functional, and sarkari Hindi belonged to the latter, not the former. It needed, therefore, to loosen up and adopt the mixed language of everyday speech, including words from Urdu, other Indian languages and English, and avoid sounding so difficult that people resisted it.

It’s not the first time “saral Hindi” has been advocated. But Upadhyaya’s circular has attracted comment in “Hindi circles” because it is couched not in safe generalities but is full of specific advice. It is peppered with examples of Sanskritised tongue-twisters and says it’s fine to shed them. It also seems to encourage the use, in Hindi, not just of the commonplace ‘ticket’, ‘rail’ or ‘police’, but a wider range of English words. For example, ‘lunch’ instead of ‘madhyamik bhojan’, and ‘store’ instead of ‘bhandar’. It cites, with apparent approval, the liberal use of English words in Devanagari script favoured by the more trendy Hindi newspapers, for example, ‘student’, ‘career’ and ‘higher education’.

Purists might disdain this brand of khichdi Hindi, but Upadhyaya is all for it. Having done her homework, she offers a fund of examples of official Hindi gone mad. For example, a sentence like, “Tankan aivam ashulipi pariksha ke pariksharthi swagat-patal par panjikaran karayenge.” Isn’t it far better, she asks, to just say: “Typing aur shorthand exam ke ummeedwar reception par registration karayenge.”

The home ministry seems to agree wholeheartedly, since it has determinedly reissued and reiterated Upadhyaya’s circular in recent days. “The culture is hard to change, so the idea needed another push. This is official policy now,” says Upadhyaya’s successor in the ministry, a.p.n. Singh. But thwarting a well-oiled Hindi machinery may be easier said than done, even when the campaign is being mounted on official letterhead.

Professor Bijaya Kumar, who spent nine years as chairman of the HRD ministry’s Commission for Scientific and Technical Terminology (CSTT), which has generated lakhs of Hindi equivalents of English words, thinks many of the home ministry’s arguments are misplaced. “It is not a question of ‘easy’ or ‘difficult’, only of familiar or unfamiliar,” he argues. “Words like vidhayak (MLA) and saansad (MP) were once unfamiliar words, sachivalaya (secretariat) was dismissed as archaic when first introduced, but everyone uses these words now. How else do you grow the language?”

Who decides what “saral” Hindi is, asks a Hindi official tartly, pointing out that south Indians can handle far more Sanskrit and far less Urdu than north Indians. “Why registration,” she asks, “when panjikaran is a well-known word?” “I have heard about this crazy circular that wants us to replace bhojan with lunch, and vidyarthi with student,” exclaims Satyavrat Chaturvedi, Congress MP and deputy chairman of the Committee of Parliament on Official Language. “I agree with keeping sarkari Hindi simple, but not with breaking its legs.”

Interestingly, even those far more welcoming of reform warn that it needs to be done in a considered way. Though an unabashed foe of the ideology-driven Sanskritisation of Hindi, academic Alok Rai sounds a note of caution about sliding into what he calls “Zee TV English”. “I agree that the Hindi bureaucracy has made the language absurdly stilted,” he says, “but I have reservations about an official stamp being given to a Hindi that liberally uses English words, which is often a lazy, imitative westernism.”

Snell, too, takes a nuanced position. There are some points, he says, he is very happy to see brought up in an official circular, such as the need for Hindi translations that capture the essence of an English document, rather than the incomprehensibly literal translations currently being churned out. “You can’t understand the Hindi translations unless you read the English versions. This has created a bogus language, and an undemocratic one, excluding the people for whom those translations are meant.” However, he contests Upadhyaya’s premise that language can neatly be divided into literary and functional, and official norms laid down for what words are appropriate in each realm. “It is a regimented approach. There is so much innovation in the use of Hindi, such a fantastic range of registers. Writers are keenly aware of them, government is not.”

Perhaps it is time for the ultimate reform: disband the sarkari committees and commissions, and let the great river of Hindi find its own course, by trial, error, debate and discussion, in a brave new world.

Stirring In Some Chaos