The Limits Of Friendship

Despite a joint military drill with Pak, Russia is still India’s friend. But due to various factors, this relationship isn’t exclusive anymore. 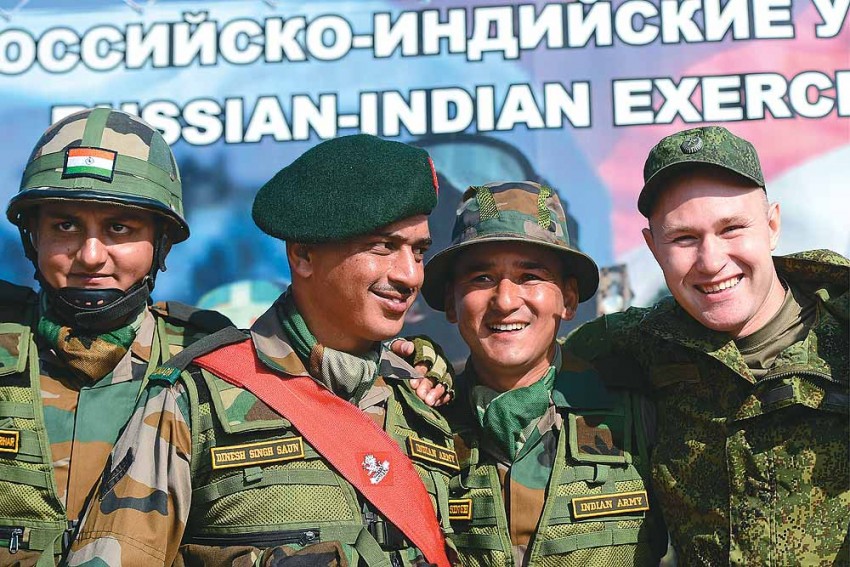 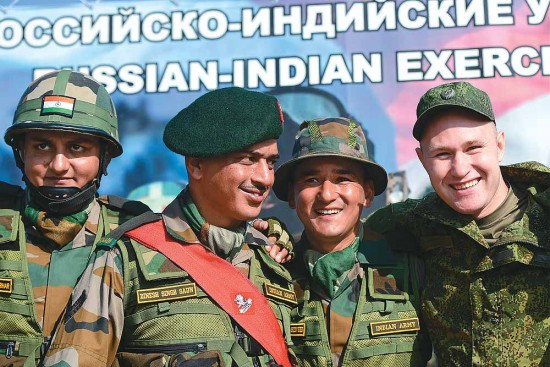 Russia’s agreement, subsequently denied, to hold joint military drills with Pakistan precisely in Gilgit-Baltistan may have been a mistake or a bureaucratic oversight: there was no intention and no need to unn­ecessarily provoke India. However, Russia’s outreach to Pakistan is not accidental. It highlights the changes in Russia’s foreign policy since the days of the Soviet Union, and particularly since the beginning of Moscow’s recent confrontation with the US and its alienation from Europe. Russia’s partners and friends, especially in India, need to better understand those changes and their implications, and adjust to them.

Above all, Russia is acting squarely out of its own nat­ional interest—as its leaders define it. For all the talk of a new cold war with the West, which is misleading, the current confrontation is fundamentally different from the US-­­Sov­­iet standoff. Real dangers to Russia’s security have arisen south of its borders. President Putin’s bombing campaign in Syria is a first instalment in what promises to be a major effort to prevent destabilisation of vast areas of the Muslim world, including former Soviet Central Asia. Russia cannot remain passive.

“Because of its influence over the Taliban, Pak is of much strategic importance to Russia.”

Afghanistan lies at the heart of the problem. Sho­uld it become a new stronghold for IS, not only Central Asia, but Russia itself will be in danger. There are virtually no well-protected borders between Kabul and Moscow. The US-led intervention in Afghanistan, a decade and a half after it began, has failed to make it a safe place. The rump Western military presence in the country cannot, of course, complete the mission. As America is heading for the exit, Afghanistan is fast turning into a prime concern for its neighbours, including Russia.

Looking for ways to prevent IS or some such extremist group from taking over Afghanistan, Moscow has been cooperating with Kabul, arming and training Afghan security forces. This, however, is not enough, given the Afghan government’s glaring weaknesses. Since Russia’s own direct military intervention is out of the question, senior Russian diplomats are publicly reassessing the role of the Taliban, 15 years after Moscow had helped oust them from power in the country. Widely seen now as an indigenous ethnically-rooted Afghan movement, which has undergone a degree of internal transformation, parts of the Taliban appear as a useful local counterforce to the extremists preaching the caliphate.

This is where Pakistan comes in. As a country with known influence over the Taliban, it is a necessary partner in any effort to win them over for Russia’s stra­­tegy. Russian-Pakist­ani relations have never been particularly cozy. Currently, trust between Moscow and Islamabad is paper-thin. However, the relationship firmly rests on the basis of realpolitik and is thus devoid of any illusions. Today, Pakistan and Russia share important interests.

Thus, the Russo-Pak­istani rapprochement is not Moscow’s payback to Delhi for its recent opening to Washington. Not that this opening, which coincides in time with the US-Russian confrontation, does not matter. India is diversifying its arms imports, the material mainstay of the Delhi-Moscow link, and is intensifying its political contacts with Washington. However, the underlying motive of Russia’s behaviour is its national interest, not some perceived slight, disappointment or displeasure. In the post-Cold War era of non-exclusive relationships, Russia feels free to connect with all relevant players, not being bound by any special historical or current ties.

Thus, in the Middle East, Russia is maintaining close contacts with the antagonists: Iran and Israel; Saudi Arabia and Iran, and the Sunni and Shia players across the region; it talks to the Syrian opposition even as it staunchly supports the government in Damascus; it is opening to Japan as it expands and deepens ties with China; and, closer to home, it is a close partner to Azerbaijan and at the same time a formal ally of Armenia. It is not that Russia lacks principles; it is simply committed to its own interests first, and prefers balance abroad.

The Russo-Pak­istani ­rapprochement is only part of Moscow’s foreign policy and not payback to Delhi for its recent ­opening to Washington.

This contains important lessons for India. In the past, Delhi could influence Moscow’s relations with Islamabad. Not any longer. On October 15, Prime Minister Modi will host a BRICS summit in Goa, alongside a bilateral India-Russia summit. The traditionally warm public atmosphere of Indo-Russian relations is visibly ruffled this time not just by the Russia-Pakistan exercises, but Moscow’s decision to go ahead with them despite the new peak of tension between Delhi and Islamabad and in the wake of the bloody attack at Uri.

India’s worries over the drills are added to its mounting concerns over Moscow’s defence sales to Islamabad. Four Mi-35M helicopters may not look like big deal, but it might be a beginning. It is possible that Pak­istan can purchase advanced Su-35 fighter jets, which would affect the military balance on the subcontinent. This may not materialise, but even as Delhi is looking for new suppliers to the Indian Air Force, Moscow is looking for new customers for its defence products. Such diversification strips the Indo-Russian arms relationship of its former exclusivity, but it in no way spells the end of it.

The way forward for Russia and India lies through joint development of weapons systems, such as the Brahmos missile and the fifth generation fighter jets based on Russia’s T-50. This level of military technical cooperation is unmatched anywhere outside an integrated alliance. Russia’s willingness to lease India a nuclear submarine is another outstanding example of mutual trust. Nothing of this kind is even thinkable for Russia and Pakistan. For Russia, the rise of India is both natural and welcome, offering more stability and prosperity in Greater Eurasia.

Energy cooperation between the two countries is also expanding. India has recently secured all necessary app­rovals from Russia’s Federal Anti-Monopoly Agency to obtain up to 30 per cent in Rosneft’s Taas-Yuryakh oil project in East Siberia. Moscow seeks to extend the North-South transportation corridor to Northern ­Europe via St. Petersburg and Southasia via Mumbai. These links naturally eschew exclusivity. Russia’s Rostech military equipment and machinery is involved in a pipeline project that would ship Iranian gas from Karachi to Lahore, the effort would also bring gas to India.

The Russians understand that it is Modi’s focus on economic development as the central feature of Delhi’s foreign policy that underlies growing closeness between India and the US. They also understand the strategic component of the strengthening Indo-US ties, much to do with Delhi’s concerns over the rise of China. The Russians also know that it is precisely these factors that make the Modi government reluctant to take a stand on int­ernational issues which would diverge too far from Washington’s position. One example of this is the Syria crisis. Moscow does not complain publicly about the lack of stronger support for its stance from Delhi, but it is certainly making conclusions of its own.

Going forward, Russo-Indian relations will remain a major element of the emerging strategic landscape of the great continent lying between Japan and Britain. The three major continental powers, China, India and Russia, will bear the prime responsibility for keeping the peace and ensuring stability there. India’s formal joining next year of the Shanghai Cooperation Organisation will make the SCO a more representative platform. But Pak­istan is also joining, and eventually Iran might accede. This calls for the need to develop continent-wide, non-exclusive, multilateral diplomacy. India and Russia will remain friends. It is just the former exclusivity that has disappeared from their relationship.