The Light From The Centre 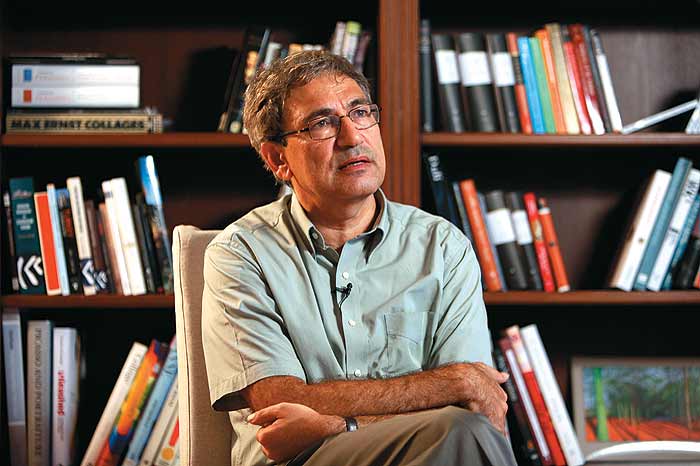 Though there were stars aplenty at the Jaipur Literary Festival, the power couple of the event certainly were Orhan Pamuk and his Bookered lady love. But now that the celebrity gossip has abated—and also the accompanying acrimony that was always beside the point, whatever the point is, or was—it is time to attend to the substantial reflection on the art and craft of the novel that Pamuk’s publishers shrewdly decided to release after the Jaipur mela: The Naive and the Sentimental Novelist. Pamuk is a thoughtful and insightful guide to the mysteries of narrative. And as a practising novelist of distinction, he speaks with a becoming mixture of authority and modesty—unlike, may one say, the eunuchs in the harem, who can’t actually do it, but know all about how it’s done, and can be done better.

As befits a work by a master of narrative, even this discursive exercise— Pamuk’s Charles Eliot Norton lectures, delivered at Harvard in 2009—is structured around a mystery. From the very outset, even as he talks about the nuts and bolts of narrative, Pamuk alludes repeatedly to something that he calls “the novel’s secret centre”, the elusive underpinning that in a deep Hopkinsian sense, informs the detail and renders it meaningful, but is itself everywhere and nowhere. The mystery is revealed—or half-revealed, as through a glass darkly—in a final section entitled ‘The Centre’: “The center of the novel is like a light whose source remains ambiguous but which nonetheless illuminates the whole forest—every tree, every path, the clearings we have left behind, the glades we are heading towards, the thorny bushes, and the darkest, most impenetrable undergrowth.” This comprehensive “meaningfulness” is, as it happens, a very curious phenomenon. In the everyday world, if anyone were to construe every little gesture or fact as meaningful, they would soon find themselves in an asylum. In the novel, however, except in self-consciously gamey, postmodern varieties, which are in any case playing against this available convention, the pointless detail is a breach of novelistic trust.