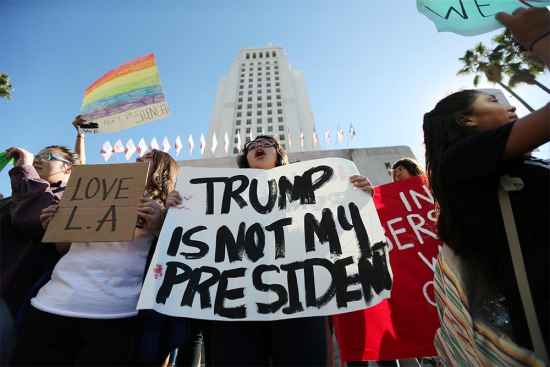 “I’m afraid cultures have been torn apart,” he says, explaining his anguish. “Rednecks are still waving their Confederate flag high and writing n***** go back to Africa.”

The irony of his own words is lost on Green. The Confederate flag he refers to, a symbol of the southern states that fought the 1861-65 American Civil War, was in fact the flag of the Democrats—the party Hillary represents. It was the Democrats who tried to secede from the American Union after the election of Abraham Lincoln, a Republican, in order to defend their right to enslave Black people.

This is one of the many quirks of history that make US politics so befuddling. The war has been over for a century-and-­a-half and the country has now had a Black president. But looks can still be just as deceiving.

Take Hillary herself. She started her career as a Republican who campaigned for Barry Goldwater’s 1964 presidential bid, before joi­ning the Democratic Party. As first lady to Bill Clinton, she helped put unprecedented numbers of Black youth and...