Now, small towns get a taste of world and regional cinema 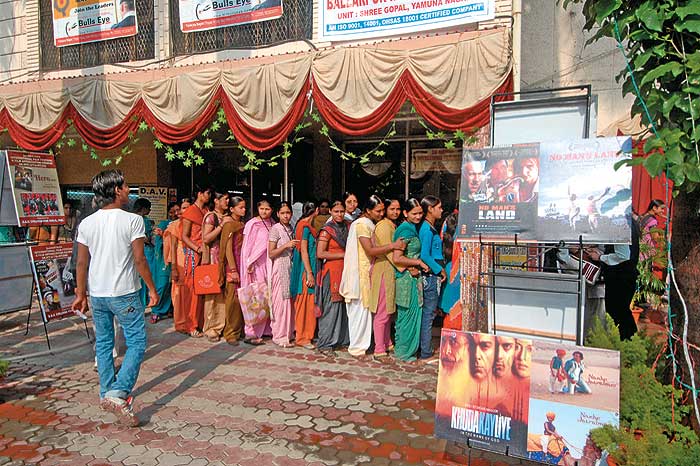 “We have never seen such realistic, song-less films before,” says Radhika Sharma, a wide-eyed mass communications student from Doaba College, Jalandhar. The word ‘never’, in fact, pops up again and again in our chats with college students from Jalandhar, Kurukshetra, Sonepat, Khanpur and Rajpura. “We’ve never seen films from south India before,” says Robin Gupta. “In fact, we never knew so many films were made in languages other than Hindi and English,” pipes up Jaspreet Singh. These students have travelled all the way to Yamunanagar to attend the Haryana International Film Festival (HIFF) and the accompanying film appreciation (FA) programme.

Their excitement at discovering cinema other than Bollywood is infectious; their sheepish acknowledgement that it wasn’t easy viewing, disarming. “The first day was a little boring,” admits Suman Varma candidly. “We are not used to watching three or four serious films a day.” “I was scared that I might not be able to last the entire duration,” confesses Sonia Hooda. But that fear was overcome soon. At the finale of the seven-day festival, the students were reeling off the names of their favourite films: City Lights, Seventh Seal, Bicycle Thieves, The Hero, Pather Panchali. Just as animated was their talk of shot-taking, scripting, “interpreting” the “hidden meaning” and “symbolism”.

Some of these small-town youngsters look no different from their big city counterparts. They wear the same skinny jeans and fake Abercrombie T-shirts. But, hearteningly, their TV-fuelled aspirations go beyond looking hip. You can also sense a hunger in them to see, hear, read, experience and absorb more than what their restricted environment offers. The three-year-old HIFF has been able to feed that sense of curiosity. In a region patronisingly lauded for “brawn” rather than “brain”, and where, so goes the joke, the “only culture is agriculture”, the festival has provided a much-needed window to high art. “We are working hard at creating awareness about good cinema,” says festival director Ajit Rai. 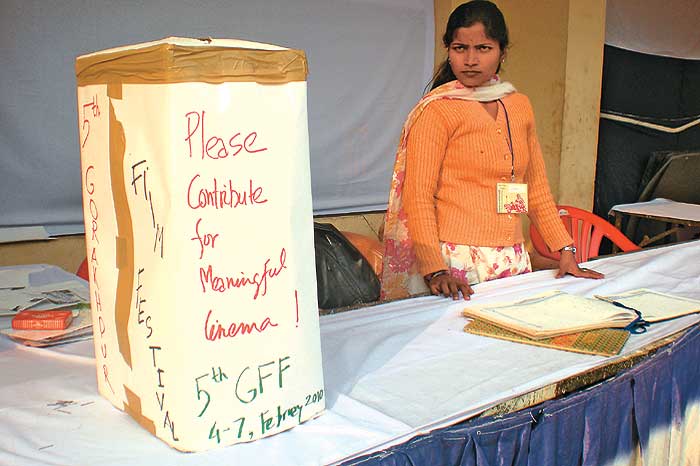 The good news is that many such festivals are being held in the Hindi heartland (see box). “We screened Kurosawa, Ray and Chaplin for the first time in eastern UP in 2006,” recollects Sanjay Joshi, convenor of Jan Sanskriti Manch’s film group, The Group, which organised a Cinema of Resistance festival in Gorakhpur that year. The idea was not just to show good cinema but also to provide a platform for “constructive, creative dissent” in politically volatile, communally sensitive small towns. This reflects in their choice of films. “We screened Garam Hawa just a month after the 2007 communal riots in Gorakhpur, got the liberals together and made a progressive point without taking recourse to any speeches,” says Joshi.

HIFF’s mandate may not be so overtly political but it has been ushering in change too. Yamunanagar is a business-driven, prosperous town. But it has no cinema hall and the movies either come home on TV or have to be travelled to, miles away in Ambala. “This area witnesses no formal intellectual activity,” says Rai. No wonder popular actor Yashpal Sharma calls the festival “a revolutionary step”. Not only was it organised by a women’s college, its students were also the core audience, leading star guest Om Puri to point out, jokingly, that there were more “devis” than “devatas” in the hall. He was also a trifle cautious while speaking of the sex and nudity scenes in his film My Son, The Fanatic, obviously not sure they would go down well. But the uncomfortable giggles and sniggers were few and far between.

Likewise, journalist Vinod Bhardwaj, who presented Cristian Mungiu’s hard-hitting Romanian film 4 Months, 3 Weeks, 2 Days (about two students trying to arrange an illegal abortion) to the same audience, was pleasantly surprised by the women’s “open” response, an interesting counterpoint to the “discomfort” of the men, in an area infamous for female foeticides. Chief guest Adoor Gopalakrishnan also noticed and commented on the gender tilt, suggesting that the HIFF should bring in more works by women filmmakers.

Filmmaker Seema Kapoor was overwhelmed by the response to her film Haat, the Weekly Bazaar, on the Rajasthani custom of Natha Pratha, which rules that if a woman wants to part company from her husband, her father or anyone else supporting her, she has to pay compensation. “They understood everything I wanted to say, and noticed the minutest of details,” she said. Seema was also questioned by a young male viewer on whether her feminism was “liberal or radical”. “This is a politically aware audience,” says Om Puri.

The festival apart, attendance at HIFF’s film appreciation has doubled in three years, from 130 students to 288. Political patronage has also come its way, though it is a private initiative, with both chief minister Bhupinder Singh Hooda and governor Jagannath Pahadia showing up this time. “Haryana has been in the news for khap panchayats and honour killings. Such events help to change the image of the state,” says Rai. The chief minister appears to think so too; he wants similar festivals in 10 other cities.

JSM, however, shuns patronage, whether from government, NGOs or MNCs. Theirs is a small, self-sustaining model built on voluntary donations from the audience. Apart from films, activism is high on its agenda. At the 2009 festival in Gorakhpur, Arundhati Roy spoke on American imperialism. JSM is also publishing paperbacks on filmmakers from across the world, setting up a network for distribution of documentaries and providing research and logistical support to independent filmmakers. “We are not just about entertainment but also about representing the region, intervening in the daily life of people in a positive way,” says Joshi.

For Om Puri, these festivals make one thing clear: “It’s ridiculous to assume that small-town audiences are not ready for serious cinema. We have to give them an opportunity.” Then, perhaps, one day, a world that spins on a Dabangg will be held equally captive by a Dekalog.