A temple’s demeaning ‘leftovers’ ritual has all sides frothing 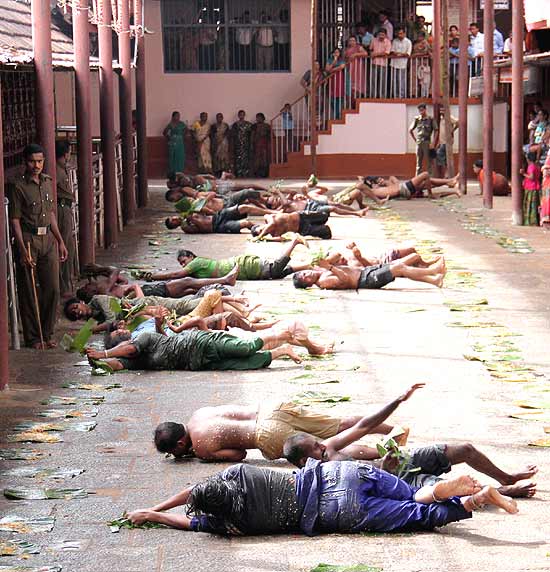 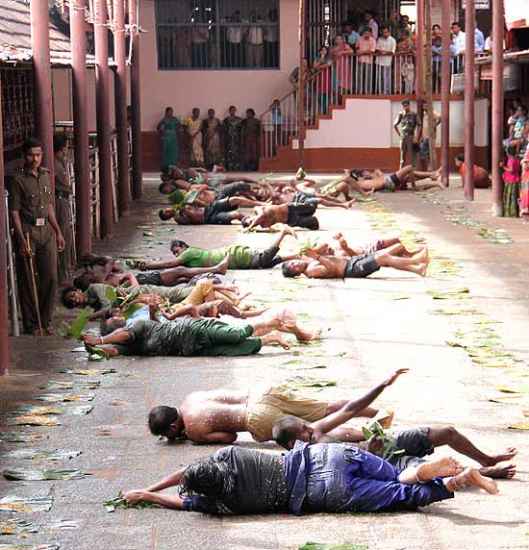 The annual Champa Shasti festival held over November and December at the Kukke Subramanya temple in Dakshina Kannada district in Karnataka has an unusual tradition. On all three days, the Shivalli Brahmins are served a multi-course meal in seclusion in the temple precincts. And after they are through, instead of clearing the spread plantain leaves on which the food’s served, Dalits, backwards and local tribespeople are allowed to roll on the leftovers.

The belief is this ritual will cure the ‘devotee’ of ailments, especially skin-related ones, and will gift a child to those praying for a baby. It’s also considered an ideal form of thanksgiving to the local deity after “wish fulfilment”. The ritual, called ‘maade snana’ in Tulu and Kannada, is said to be over four hundred years old but there are no written records to prove such a claim.

As the tradition reinforces and ‘enacts’ caste hierarchies, where even a Brahmin’s ‘jhoota’ is bestowed with powers to cure people from subaltern communities, it had been catching a lot of flak since last year from progressive groups in the state. Especially as this was being allowed in a temple that belongs to the muzrai department, a state-run body which administers Hindu temples.

Last week, though, saw protests heating up more because after the huge outcry last year, the local administration had promised to end this ritual which violates basic human dignity. Apparently, under “pressure from devotees”, the administration allowed the practice from November 28 onwards. Nearly 4,000 people joined up to roll over the leftovers.

What took the row beyond the usual temple affairs level was muzrai and higher education minister Dr V.S. Acharya’s statement that it was a “faith-based ritual and banning it was tantamount to hurting the sentiments of the people”. People immediately started questioning not only his credentials as a trained medical doctor, but also his RSS roots. They began asking if he would similarly allow dowry, child marriage and other social evils as they are also faith-based?

The fact that the Kukke Subramanya temple is in Dakshina Kannada district has also added political colour to the controversy. The district has been a hot-bed of Hindutva politics of late (in 2008, it even saw a number of attacks on churches). Also, many VIP members of the state cabinet like Acharya, Shobha Karandlaje and CM Sadananda Gowda hail from the region. A statement by Vishwesha Theertha Swamiji of the Udupi Pejawar math, a VHP leader himself, has not helped matters. In a nonchalant manner, he announced that he neither “vehemently opposed nor strongly supported” the ritual.

The complexity of the issue unravels itself when we take into consideration the largely illiterate Malekudiya tribe’s support for the ritual. When the local administration hinted at a ban, members of the ST community went on a rampage, even declaring that they would stay away from building the deity’s chariot, a traditional activity they have performed for years during the festival season. (If the chariot is not built, the festival will remain incomplete without the final procession of the deity.)

K.S. Shivaramu of the Karnataka Backward Class Awareness Forum believes “the backwards, Dalits and the Malekudiyas are being pushed by the Brahmins of the region to perform this ritual. They are exploiting their ignorance. They want to keep the caste divide alive.” Incidentally, Shivaramu, who went on a fact-finding mission to Kukke on November 30, was thrashed by the temple workers. “Those who attacked me were all innocent backward class people. After they attacked me, they were felicitated by the temple’s chief priest who is a Brahmin. One temple worker from the Malekudiya tribe, Nagesh, was suspended for leading the attack. The irony of the situation is those who do the ritual are backwards, those who thrash me are backwards, those who are penalised for it are backwards and those who seek a ban are also backwards,” he says wryly.

Advocate and ex-chairman of the state Backward Classes Commission, Dr C.S. Dwarakanath, sees clever commercial interests at play here. He also alleges that the ritual is part of the revivalist agenda of the Sangh parivar. “The Kukke temple, tucked away in the forests and controlled by Brahmins, was never as popular as the nearby Dharmastala temple controlled by the Jains. This controversy has helped them generate some further popularity for the temple and its powers. In recent years, the temple has seen VIP visitors like Sachin Tendulkar, Ravi Shastri and some very big politicians. It’s sad that these people visited a temple which perpetuates such human indignities.”

Interestingly, except for the Left parties, no other political party in the state has so far spoken out against the ritual. “In this case, the secular parties like the Congress and JD(S) look more dangerous than the BJP. They are only worried about their votebanks,” says a frustrated Dwarakanath. Writer and activist G.K. Govinda Rao, however, feels it isn’t enough that political parties and the government push for a ban. The caste maths and pontiffs, who are otherwise so powerful, should unilaterally demand it. Some years ago, another heinous ritual called ‘Ajalu’, practised against the Koraga tribe, was banned by the government. ‘Ajalu’ had Brahmins giving leftover food as alms to them with an added bonus—a strand of their hair and a finger nail mixed in.

Last Wednesday, after a week-long debate, the state government voiced an opinion—in a rather feeble voice. Social justice minister A. Narayanaswamy, incidentally a Dalit, said that they may consider banning the ritual. Till that happens, it will be a whole social ethic mucking about in the leftovers.