The Left Arm Of The Law

The Chandigarh judge’s case is curiouser for all its acquittals 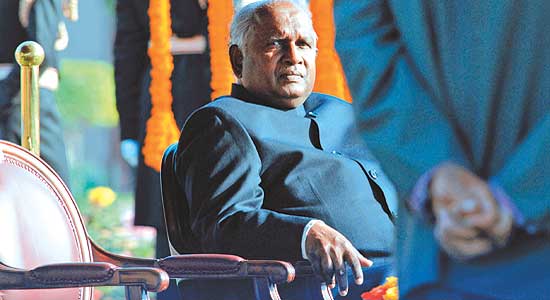 When the CBI filed a closure report in the Justice Nirmal Yadav ‘cash-for-judge scam’ stating it could not prosecute the Punjab and Haryana HC judge as it didn’t have sanction from the government of India, it sent waves of dismay in legal circles. The inexplicable clean chit was seen as yet another setback to the growing nationwide campaign against judicial corruption, sparked off by the Justice Dinakaran episode. The CBI’s report to a Chandigarh court on December 24—which relied on a letter from the law ministry—cites discussions between Union law minister Veerappa Moily and the Chief Justice of India (CJI), Justice K.G. Balakrishnan, on the basis of which it was concluded that there was no evidence against Yadav to merit her prosecution.

But the CJI’s opinion—that there was no evidence—has left investigators, the prosecution and legal activists baffled. The CJI had literally done a U-turn in the case. A little over a year ago (on December 25, ’08), Justice Balakrishnan had himself officially communicated to Yadav that an inhouse committee, constituted by him and headed by Justice H.L. Gokhale and two other judges, had concluded “that the misconducts disclosed against you are serious enough for initiation of proceedings for your removal....”

Nirmal’s letter says the probe “was deflected to protect Justice Kaur at the behest of the SC judge”.

To understand the sequence of events, that led to the about-turn, we have to go back to the case against Yadav. A packet containing Rs 15 lakh in cash was delivered on August 13, ’08, at the residence of newly appointed Punjab and Haryana HC judge, Nirmaljeet Kaur. She later registered an FIR with the police. The investigations that followed led to the arrest of then additional advocate-general of Haryana, Sanjeev Bansal, whose clerk had delivered the cash, property dealer Rajiv Gupta and a Delhi-based hotelier called Ravinder Singh. Bansal and Gupta told the police that the money was meant for another HC judge, Justice Nirmal Yadav. They claimed that a second packet, containing another Rs 15 lakh, was delivered to Yadav’s official residence the following day for her to buy land in Solan, Himachal Pradesh. After her name figured in the scam, Yadav went on leave from August 22. The Gokhale panel was set up three days later to inquire into the case.

The two-page letter of Justice Balakrishnan to Justice Yadav, accessed by Outlook, detailed the findings of the Gokhale committee and unambiguously stated that the money erroneously delivered at the residence of Justice Nirmaljeet Kaur was actually meant for Justice Yadav. It further stated that “since the money sent by Ravinder Singh of Delhi on 13th August was seized by the police, another sum of Rs 15 lakh was passed over to you through Rajiv Gupta, a friend of Bansal, on 14th August. This amounts to an act unbecoming of you”.

Not only that, the CJI also asked Yadav to explain her position on several other counts—like misusing her position to procure resident certificates for Ravinder Singh and others from the tehsildar of Panchkula in violation of established practices and rules. The letter said it was done “with a view to successfully process the application for permission under Section 118 of Himachal Pradesh Tenancy and Land Reforms Act 1972”. It also accused Yadav of “hiding her identity by irregular execution of documents, and utilising the services of Ravinder Singh for things like purchase of whiskey bottles, repairing air-conditioner and getting passport and visa of her daughter Suruchi Chaudhary”. The CJI concluded by saying that she should send her response, if any, within three weeks “before I further proceed in the matter”.

On January 7, ’09, Justice Yadav responded to the CJI’s letter. In it, besides declaring her innocence, she curiously hit out at another judge of the Punjab and Haryana HC and a judge of the Supreme Court who were allegedly present at Justice Nirmaljeet Kaur’s house when the first Rs 15 lakh was delivered. According to Yadav, the two judges close to Nirmaljeet Kaur “are found to be interfering in the investigation and creating a wrongful assumption by the committee that the inquiry is only required to be conducted against me”.

This was a matter earlier brought to the notice of the Gokhale committee too. Police investigations had revealed that there were 15 calls between the HC judge named by Yadav and Sanjeev Bansal between the evening of August 13 and August 16, the period between when the cash was delivered and the registration of the FIR by the Chandigarh police. There were also calls between a lawyer son of the aforementioned SC judge and Bansal, also within the same period.

Justice Nirmaljeet Kaur had denied that anyone else was present at her house when the cash was delivered though Yadav pointed out in her letter that even when “there is clinching evidence” by way of telephone location records which “establish the falsity of Justice Nirmaljeet Kaur’s statement, the committee considered it unnecessary to go into that question.” It was indeed curious as to why a judge of the HC and the son of a Supreme Court judge should call up the main accused, Sanjeev Bansal, who had, as soon as the FIR was registered, absconded?

“Yadav has been let off after she made allegations against the other judges,” says special PP Gupta.

Yadav, in her letter, alleged that there was a two-decade-long relationship between Justice Nirmaljeet Kaur and the SC judge. To quote from Yadav’s letter: “Almost two decades old liaison between the judge of the SC and the judge at whose residence cash is delivered has been the talk of the town for all these years. It is on this ground that the SC judge’s wife sought divorce. The illicit relationship between the two assumed scandalous proportions because Ms Justice Nirmaljeet Kaur prior to her elevation continued to appear before the present judge of the SC while he was a judge of the Punjab and Haryana HC and enjoyed a flourishing practice in every bench of the present judge of the SC.”

She further added: “The question is whether the entire inquiry has been deflected in one direction to protect Justice Kaur at the behest of the SC judge,” she stated. Yadav is not the only one who finds that the investigation in her case had been one-sided and that other aspects have been brushed aside.

Anupam Gupta was the special public prosecutor on behalf of the Chandigarh administration on whose legal opinion the FIR was registered. He was also appointed counsel for the High Court Bar association to intervene in the case. And Gupta says, “While I agree with the Gokhale committee’s indictment of Yadav, we in the bar association are disappointed that its report leaves out all other aspects of corruption and nepotism in the high court linked to her case. That, I believe, has been deliberately left untouched by the committee because unravelling the role of the senior HC judge making calls to Sanjeev Bansal would have antagonised his friend and patron, the SC judge. In the eventuality, Yadav herself has been let off, after she made allegations against the other judges in her letter.”

It’s not just lawyers, but a former judge of the SC and three former chief justices of high courts have also written to the CJI expressing concern at the manner in which Yadav has been let off. Signed by Justices Kuldip Singh, R.N. Aggarwal, S.S. Sodhi and M.S. Gujral, the letter says, “We are embarrassed by the general feeling in the judicial fraternity and also in the public that a serious matter like the cash-for-judge scam seems to have been pushed under the carpet.” Indeed, if the case against Nirmal Yadav and others is sought to be closed, then who was the first pack of Rs 15 lakh, now lying in a Chandigarh police station, meant for? No one seems keen to unravel the mystery. As with everything connected to the Indian judicial system nowadays, there are more questions than answers.

Not Quite The Doldrums