Rabindranath Tagore was right: darkness usually intensifies under the lamp 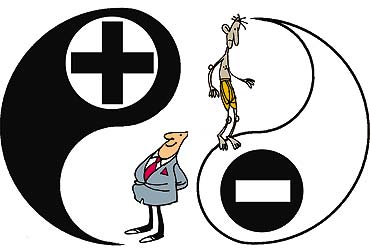 outlookindia.com
-0001-11-30T00:00:00+0553
As India celebrates its 59th Independence Day, the country seems to be in an era of frenetic economic growth—in fact, its annual growth rate is the second highest in the world, after China. The entire world is fascinated by our successes, many predict that India will be the next economic superpower. Yet, there are miles to go. We are a hugely unequal society—our Porsche-driving new millionaires and billionaires whiz past urban slums that are among the most depressing in the world. We have still not managed to erase poverty, and ensure a decent life, free of hunger and disease, for every citizen. Paromita Shastri scans both sides of India's socio-economic fabric. 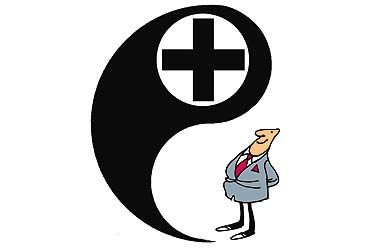 Income: India's per-capita gross national income is $3,120, measured by the World Bank in terms of purchasing power parity or by equalising prices of commodities in different countries. However, by the same token, the average Chinese earns $5,890 and the average American $39,820. But the Economic Survey shows that an average Indian now earns six times more than in 1951, or over Rs 20,000 compared to just over Rs 3,500 in 1951, even if the rupee were to have the same purchasing today as in 1951.

Foreign exchange reserves: From $1.9 billion in 1951, from mortgaging our gold to ride out the forex crisis in 1991, India's forex reserves are now over $156 billion, and more than cover our external debt of $125 billion. Among emerging economies, India's reserves are just behind China, Taiwan and South Korea.

Indian MNCs: Between January and June this year, India's outward FDI flows for acquisitions and other purposes amounted to over $5 billion, unthinkable even a decade ago. Indian companies like Reliance, Ranbaxy, Infosys and Bharti Airtel are being tipped to join the list of global MNCs.

NRI Remittances: Overseas Indian workers send home $21 billion every year, which is the highest among all countries, including China ($5 billion).

Women's literacy and life expectancy: The female literacy rate has zoomed to 54 per cent from 8.86 per cent in 1951. Female life expectancy, which was a mere 32 years when we got our Independence, has gone up to 67 years.

Food production: From 60 mt (million tones) at Independence, we produce 205 mt of foodgrain now, more than enough to feed our billion-plus population. Globally, India is the largest producer of milk—over 200 ml per person per day—and the world's second largest producer of vegetables.

Infrastructure: From only about 10 lakh passengers in 1960, our airports today handle over 60 million passengers. From 20,000 km of national highways in 1951, we have about 60,000 km now. The number of registered vehicles on road was just a little over 3,00,000; now it is 80 million. But progress is still slow in this sector.

Communications: There are 10 phones, including mobiles, for a 100 people, compared to less than one a decade ago. The cost of a one-minute call to the US is the same as a Delhi-Gurgaon call five years ago, and that of a national long-distance call is 1/15th of what it used to be in 1999. Even mobile rates have halved in the past two years. For a 1,000 Indians, there are 60 newspapers, 12 PCs, 45 TVs and 32 net users. We have one post office for about 6,000 people, compared one for 20,000 people in China.

Stock Exchange: India's National Stock Exchange is the third biggest in terms of number of transactions, after the New York Stock Exchange and NASDAQ. The total market capitalisation of Indian firms is $550 billion.

Jobs: The services sector is creating lakhs of jobs every year; the IT sector alone created 1 million jobs since 1999. But there are still over 10 million unemployed people in India—the unemployment rate has actually gone up between 1993-94 and 2003-04, and the number of people employed in organised (public and private) sector is down from 28.25 million in 1997 to 27 million in 2003. 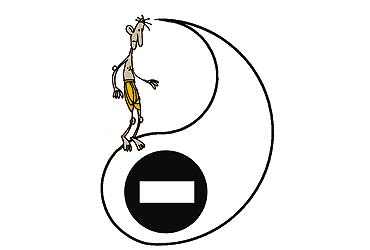 Rabindranath Tagore had said that darkness usually intensifies under the lamp. So it is in India. The outstanding progress in many areas merely highlights the bullock-cart pace in the basics of daily life—from education and health to sanitation and justice.

Poverty: Our poverty rates have declined from 54 per cent to 25 per cent in 60 years. But 300 million Indians still live on below a dollar a day, or Rs 46.

Union agriculture minister Sharad Pawar told Parliament that over 1,00,000 farmers have committed suicide between 1993 and 2003. Another 15,000 killed themselves in the last three years, says Sharad Joshi, MP. The main reason for the deaths is high rural debt, as the average debt per farmer household is Rs 12,585, and nearly half of the farmers are crippled by high-interest debt.

Healthcare: Progress has been dismal in healthcare. At Independence, there were 3.2 hospital beds per 10,000 people. This has improved to only about 10 at the turn of the 21st century. Compared to 1.7 registered medical practitioners at Independence (per 10,000), we have 5.6. Birth rate has declined from 40 per thousand to 25—that's still a high figure—though death rate has slumped from 27 to 8. Only 21 per cent of health spending by citizens is financed by the state, compared to 45 per cent in the US or Chile. The GDP-health spending ratio is only 1.35, and some 60 per cent of Indians have no access to safe sanitation. From 115 per 1,000 live births, the infant mortality rate is still 63, compared to 30 in China. Another 25 per 1,000 die before they reach the age of five. Only 45 per cent of our children are fully immunised.

Education: We spend only 2.8 per cent of the GDP on education. Some 13 million children are still out of school, compared to 25 million 20 years ago. That is, the gross enrolment ratio has improved, but not enough.

Women: Much remains to be done to improve the status of women. Not even 18 out of 100 Indian women are working in the non-agricultural sector, compared to 40 per cent in China. Some 52 out of every 100 women above 15 are still illiterate as compared to only 13 in China. Female foeticide accounts for an estimated half-a-million missing female births in India every year, lowering the female sex ratio to a dismal 927:1,000. Only 8 per cent of total parliamentary seats are occupied by women.

Justice: Justice delayed is justice denied. Our courts have a backlog of 3.5 million cases.

Human Development Index: Overall, India has slipped to 127th rank—from 124th in 2002—in the UNDP's annual human development report, which ranks 177 nations on parameters like poverty, gender equity, education, infant mortality rate and population with no access to water.