The Last Lap Of A Slow Ascension

Rahul would be taking over as Congress chief. But the question remains the same: when? 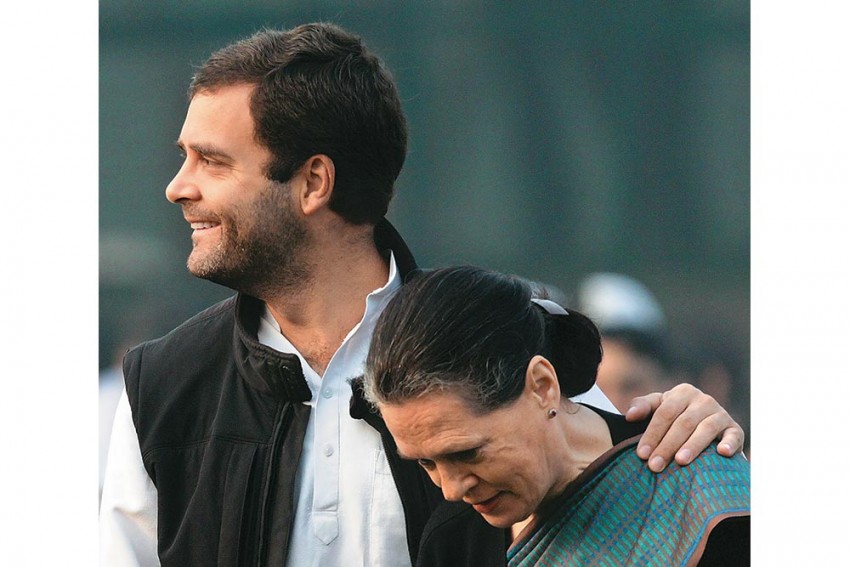 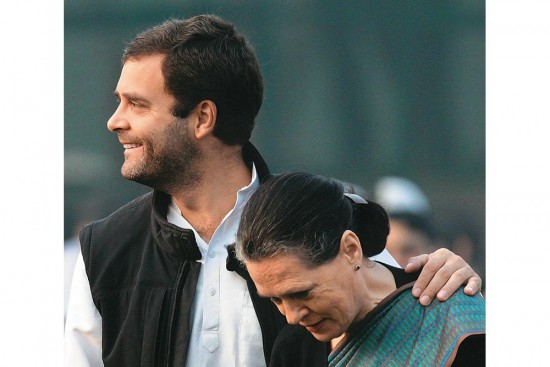 November 7 was a big day for the Congress when the Congress Working Committee (CWC) unanimously recommended a change of guard, voicing the need for heir app­arent and vice-president ­Rahul Gandhi to steer the party in future. The move seems to be aimed at replacing the growing sense of drift and une­ase in the average Congress supporter and worker with a sense of direction before the forthcoming assembly elections. Similar att­empts had been made—and more than once—but every time the change seemed to be around the corner, the internal struggles of the party played out in ways that preempted it.

This time, the matter was not even placed on the agenda of the CWC meeting. And yet everything appears to have been pre-planned. Obviously, care had been taken to keep it secret until the last minute. A few senior leaders might have had an inkling of what was to come, but they had kept quiet, helping the developments unf­old in maximum accord with the script. Party president Sonia Gandhi was said to be unwell and couldn’t attend the meeting. Her chair was removed later and Gandhi junior presided over the meeting.

There were conflicting reports on whether the succession issue took up most of the four-hour meeting, or by the three resolutions that were passed. Rahul was present throughout the discussion on his elevation, though some leaders felt he should have left the room then. “The matter had to be clinched,” says a leader who was at the meeting. “No point postponing it again and again. No point crying wolf when there is no cause for it, especially if the party stands to lose. But, yes, a better gesture would have been to leave the room when it was being discussed.” Another leader commented, “When the person is sitting there, can anyone possibly express dissent? Even silence would have been construed as dissent.”

Former defence minister A.K. Anthony, sitting next to Rahul, initiated the discussion on succession and is said to have req­uested political secretary Ahmed Patel out of turn to give his opinion, which turned out to be in favour of Rahul. This was done, say sources, to remove any doubt from the minds of those present that the old guard always tries to scuttle Rahul’s elevation.

Care had been taken to keep the issue of succession out of the CWC agenda. It was kept a secret until the last minute. Rahul was present while the issue was being discussed.

No resolution was passed on the matter, but Anthony said the unanimous recommendation would be taken up with Sonia, which, he hoped, would “receive proper attention”. Some seniors were categorical that due process should be followed. Sources say they didn’t want a repeat of the removal of Sitaram Kesri as president, remembered in Congress circles as Kesri’s “political assassination”.

As yet, no one knows for sure when the elevation is likely to happen. A few dates are doing the rounds, including November 14 (Nehru’s birth anniversary), November 19 (Indira Gandhi’s birth anniversary), December 9 (Sonia’s birthday) and December 28 (Congress Foundation Day). Sources say the top leadership and Rahul’s backroom strategists would decide when he wants to be formally anointed; for all practical purposes, though, Rahul has been taking all the decisions in the party now. “A person who takes a decision must take its ­responsibility also,” says a senior leader. “The challenges before the party are eno­rmous and the way the central government is going about allowing no dissent and no counter-opinion, we have no choice but to gear up.”

Sonia, apparently, wished to hand over the baton in 2014, but, as Sheila Dikshit, the Congress’s CM candidate in Uttar Pradesh once said on record, there was reluctance within the party, especially from seniors close to her. Sources say that even Rahul dithered earlier, but seems to be willing to test the waters now.

Senior leader Kamal Nath had stirred a controversy in February last year when he said in an interview that the party was suffering due to “twin centres of power”. “The Congress is falling between the two stools of Rahul and Sonia. This cannot go on. Let’s make Rahul Gandhi in-charge,” he had said. “We will know if he is up to the task.... You cannot judge someone when he hasn’t been given full charge. Let him build his own team and we will soon find out if he can even do the job or not.”

In June this year, former envirnoment min­ister Jairam Ramesh said, “Rahul Gan­dhi is the de facto Congress chief, but he should become de jure.” He had also said that “uncertainty does not help” the party.

Now that the CWC has finally given the collective call, will Rahul Gandhi lead the party ahead of­ ­assembly elections in Uttar Pradesh, Punjab and other states next year? “We have no clue whether the elevation will happen before the assembly elections or after,” says a source.

While Sonia has hardly been coming out, except for a few protocol meetings with foreign delegates and other engagements that are unavoidable, party sources say Rahul is trying his best, at least in Uttar Pradesh. The Congress is hoping to improve its position in the northernIndian state by forming a coalition with other political parties. Its doors are open for any political alliance. “Akhilesh (UP chief minister) is the only leader who supported Rahul Gandhi when he had said after the surgical strike that PM Narendra Modi is doing ‘khoon ki dalali’ (dealing in blood),” says a source. “The Congress is at nearly its lowest ever in terms of seats in the UP assembly. We hope the party forges an alliance with the Samajwadi Party, as it would help us increase our numbers.”

In Punjab, the Navjot Singh Sidhu factor is significant. “Sidhu is a one-man army.,” says a party leader who didn’t wish to be named. “He wants to be the chief ministerial candidate of the Aam Aadmi Party but AAP is at the most willing to strike a deal with him by promising him the deputy chief minister’s post. Sidhu won’t settle for that. He wants the Congress to dump Captain Amarinder Singh and make him the chief ministerial face, which is impossible. The Congress is willing to accommodate him in the party minus his conditions. We have good chances in Punjab, provided Sidhu doesn’t become a spoiler.”

Clearly, it won’t be a cakewalk for Rahul at the top. ‘Political strategist’ Prashant Kishor has already ant­agonised many in UP’s party circles by taking the initiative in holding talks with Mulayam Singh and oth­ers. “We were not even aware of it,” reveals a party leader. “He should have consulted the party. His focus is only on UP; he is not bothered about Punjab. At least there should be some clarity on whether he is in or out of Punjab. Amarinder met Rahul on November 8 and they are said to have discussed this matter.”

Whether the party does well or badly in the ensuing assembly polls, at least workers are happy that they know which way the Congress is heading.