The Lass Got Class

She may not like it, but Sania is India's new pin-up gal. Will her tennis live up to it? 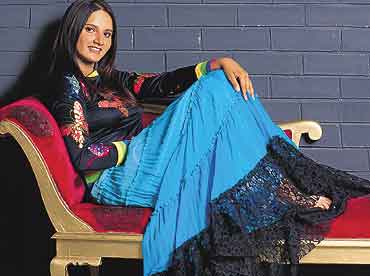 And then she came back from making it to the third round at the Australian Open, pair of black, thick-rimmed spectacles perched on her nose. Somehow they made her look morph instantly from little-girl to chic. Thereafter it made little difference, though. Whether she was usually seen pushing bags around airports, or once, memorably, playing pool. As far as her country was concerned, she was India's sweetheart.

The adulation is wonderful, as is the earning potential. The 18-year-old is already being wooed by marketers who reckon she'll be at least as good a celebrity pitch-person as, say, cricketers Irfan Pathan or Yuvraj Singh. In a cricket-mad country, that's saying something.