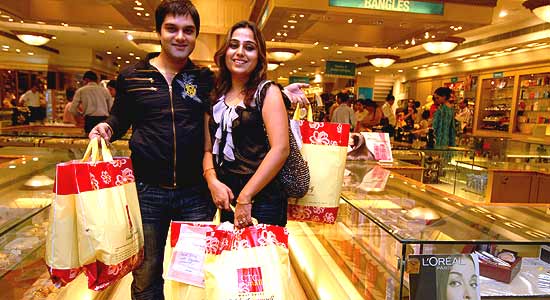 Festivals, the world over, are usually boom consumption time—when people know they have to spend, they are in a mood to want to spend, and they do plan ahead for the expenditure. Festival sales are therefore a barometer of how good or bad consumers are feeling about the size of their wallets and about spending. In consumption-driven economies, that is a critical determinant of economic growth. If spending doesn’t happen even at festival time, it is pretty bad news and a barometer of how good or bad the consumer economy is, the same way the prices of bellwether stocks tell a story.

Last year, the world watched with bated breath to see what retail sales in America would be during the holiday season of Christmas and New Year. It was this indicator that would reflect exactly how bad things really were. If people decided to economise on that most sacred social ritual that happens just once a year, of buying Christmas presents for friends and family, they were obviously really broke or too miserable to spend or probably did not feel confident enough about the future to part with the money they had. That would spell trouble for all those economies around the world that exported to America.

The key to Indian shopping behaviour: lots of people earning and spending a little that together adds up to a lot.

As we went into Diwali last year, our export-oriented companies and stockmarkets were being shaken up by events in the world outside that they were directly connected to and “recession” was everyone’s favourite topic of conversation. The media magnified every little bit of uncomfortable news. The “is the Indian economy coupled or decoupled with the world economy?” debates intensified. The “coupled” school predicted unavoidable doom and the “not-so coupled” school said farmers weren’t globally connected yet and most of India didn’t invest in the stockmarket directly or through mutual funds or pension funds.

While the IT folks said that things were bad and pubs and gyms in those neighbourhoods started earning less, the government announced it would be giving a lumpsum as pay arrears to its employees. The latter were far greater in number than the former. To complicate matters, most consumers in India are not the big city folk with regular jobs. Most consumers do not have regular jobs—they have livelihoods, so it was not merely a question of counting how many job layoffs there had been or how many companies did not hand out salaries on time. 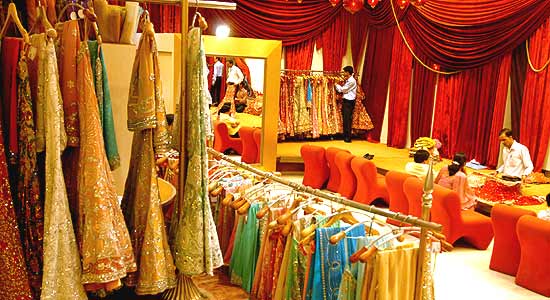 So in the midst of all this swirling fog of speculation and uncertainty, nobody quite knew how bad things actually were. We weren’t so sure about how consumer income was exactly affected and how consumers were feeling about spending. As is often said about India, everything and its opposite were all true. Business folk were spooked. In many a case, sales managers used the situation to try and negotiate sales targets downwards. That’s why the Diwali sales last year were so important. This year, we believe things are fine and we have recovered. The best test of this is the sales of the season we are in.

As we said of Christmas, festivals are the time when people usually feel good. In India, people habitually plan their spending and their “living upgrades” around festivals. “Diwali is when we will get the house painted or buy a new fridge.” It’s when the children will get new clothes, the wife gets gold, and so on. Therefore, consumer spending during the festival season is a barometer of consumer confidence in their future incomes and their general state of happiness with their world.

Last year, when the fog of speculation on how good or bad things really were was at its thickest, Diwali sales separated the guesswork from the reality on the ground. In fact, last year, Diwali sales weren’t bad at all, right across the country. A wag said the only people who seem to have had a bad Diwali were those who watched a TV channel that majors in stockmarket reporting. This year, reports are, to quote a large retailer, “not really great but certainly quite good”. Translated, it means “I wish they were higher, but honestly, I have no reason to complain!”

We believe the economy has recovered this year. The best test of this is the sales in this festive season we are in.

For marketers, Dussehra and Diwali are especially important. Unlike the other more regional festivals like Pongal or Ganesh Chaturthi, which are celebrated with varying degrees of importance and enthusiasm in different parts of the country, Dussehra and Diwali are more or less pan-Indian. While Dussehra and Diwali have different stories and rituals around the country, they have some standard features: ten days for Dussehra festivities, praying to Lakshmi for prosperity at Diwali. The entire social nature of these festivals is nearly standard right across India. The expansive spending mindset is already there. And if, at this time, consumers aren’t spending, it’s an indicator of how bad things actually are. And in good years this is when you make the upside on your sales.

Companies and retailers reinforce this scheme of things. It takes two to tango as far as shaping consumption behaviour is concerned. Brightly lit seductive displays, lots of festival offers and discounts, heavy advertising—all work together with the consumer’s desire and habitual plan to spend at this time and reinforce each other. It’s hard not to feel the electricity in the air, and it’s hard not to give in to a little bit of indulgence, whichever way you choose to define it. Even soap and shampoo companies will tell you that people upgrade to a higher priced set of brands during this season. Colour cosmetics sell more, even Rs 5 nail enamel.

Lazy marketers may well see this season as the mainstay of sales, but the more enlightened ones have steady sales throughout the year with the “third quarter” spike being the difference between a good year and a great one. As modern retailers increase in number and as television soaps show us many different ways in which to celebrate festivals (they already are!), there will be an even greater consumption push at festival times. There will be remixes, retro and rediscovered festivals—because we have so many of them, and they have been historically planned in such a perfect way as far as cash-flow planning goes, the festival-linked consumption ride has just begun!

(Rama Bijapurkar is the author of We Are Like That Only—Understanding the Logic of Consumer India.)