The Lake Of Liberation

It was the classic caste confrontation—over water. Eighty-nine years ago, Ambedkar led a group of Dalits to drink water from this lake in Mahad. 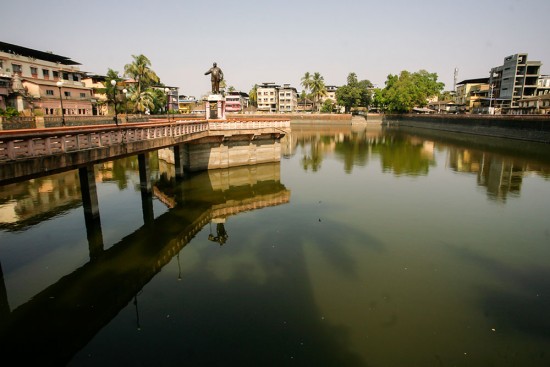 “We are not going to the Chavadar Tank to merely drink its water. We are going to the Tank to assert that we too are human beings like others. It must be clear that this meeting has been called to set up the norm of equality.”

Leading some 3,000 ‘untouchables’ to the Chavdar Tale (or lake) in Mahad, Raigadh district, on March 19, 1927, B.R. Ambedkar struck a powerful blow against Hindu casteism. In a stirring speech he said, “I feel no parallel to this can be found in the history of India. If we seek for another meeting in the past to equal this, we shall have to go to the history of France—the revolutionary French National Assembly convened in 1789 that set new principles for the organisation of society.” The Dalit movement considers the Mahad protest its ‘Declaration of Independence’.

It’s a story that plays out even today, in many subtle and, more often, utterly crude ways. The law declares equality for all, but in practice, the oppressed face brutal violence when they seek what is legally decreed. The Bombay Legislative Council had in 1923 resolved that people from all castes could use public amenities, including tanks, maintained by the government. The Mahad municipality too agreed to enforce it, but ran into protests from the upper castes. To wrest what was being unfairly denied, Ambedkar led the Dalits to drink from the lake.

Trouble broke out soon after. Rumours were spread that the ‘untouchables’ were also planning to enter the Vishweshwara temple and pollute it. Upper caste mobs ran riot, beating up Dalits and ransacking their homes. Grain stocks in Dalit homes were soiled or laid waste. Many Dalits sheltered...