Maoist supremo Prachanda does a Gyanendra-like purge in his own ranks, the king can only benefit Updates 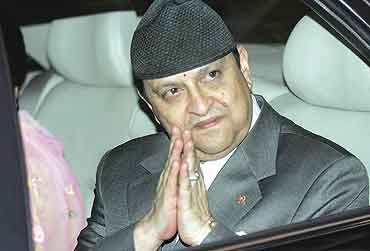 outlookindia.com
-0001-11-30T00:00:00+0553
In a quiet midnight exercise on April 29, soon after his return from a three-nation tour, King Gyanendra lifted the state of emergency he had imperiously clamped on the beleaguered nation. But nobody was seeing it as anything more than a symbolic retreat: the king continues to govern the country directly, fundamental rights remain suspended and chances of restoration of democracy appear remote.

Monarchs relinquish power only under popular pressure. The king of Nepal ought not to have any immediate fears on this count. For one, the clutch of political parties clamouring for restoration of democracy are fragmented, though serious efforts are afoot to unite them. Second, there have emerged ideological divisions in the top leadership of Maoists who are arguably the king's most powerful opponents. Add to this the loyalty of the 80,000-strong Royal Nepal Army (RNA) to him, and you'd understand Gyanendra's indifference to the democratic aspirations of his people.

The lifting of Emergency has prompted people to ask: do they now enjoy the fundamental rights the king suspended on February 1? Then the king had announced he was imposing Emergency and issued executive orders suspending civil rights for six months. And though Emergency was lifted last week, no orders—or clarifications—have been passed restoring the people's fundamental rights; these remain suspended for at least another three months. In fact, fresh government orders were issued extending the detention of incarcerated political leaders.

Worse, the king extended the term of the controversial Royal Commission on Corruption Control (RCCC), which enjoys sweeping powers to investigate, prosecute and pronounce verdict against anybody suspected of malfeasance. Last week, in a midnight raid, the RCCC arrested former PM Sher Bahadur Deuba because of his refusal to depose before it. This prompted former PM G.P. Koirala to declare, "The RCCC is intended to act against those who campaign for democracy and civil rights."

The RCCC's looming shadow has catalysed the political parties to, yet again, forge a common front. Sources say they are close to finalising a common agenda—and a plan of action—to bring an end to the king's direct rule. For instance, on the international press freedom day, May 3, leaders of different political parties defied prohibitory orders to march through the capital's streets demanding restoration of democracy. Later, at the 21st convention of the Federation of Nepalese Journalists, these leaders announced their intention to rally together for the cause of democracy.

The idea of a united political front worries the king and his cabal. In lifting the Emergency (but without yielding ground in real terms), the king believes the Indian government can overcome the Left's objections and resume arms supply to the RNA. The royal camp feels this is an opportune moment to launch a decisive onslaught against the Maoists whose top leadership is riven by schism. 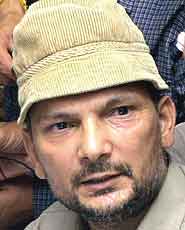 At its roots is the ideological difference between the Maoist supremo Prachanda and Dr Baburam Bhattarai. Prachanda heads the Communist Party of Nepal (Maoist), the 'people's government' and also its armed wing, the People's Liberation Army (PLA). Dr Bhattarai has been the face of the movement. Recently, Prachanda sacked Bhattarai from the party's politburo and removed his wife Hishila Yami and Dinanath Sharma from the central committee. The three comrades were divested of all responsibilities and relegated to the status of "ordinary members".

The speculation about differences between Prachanda and Bhattarai was after they went public with their notes of dissent and rejoinders. In a note to Prachanda, Bhattarai railed against over-centralisation of powers in one man, growing corruption, extortion and lack of transparency in accounts and the party policy of executing rival forces. He also accused Prachanda of harbouring a feudal mindset: Hishila was punished because of her conjugal relationship with Bhattarai. 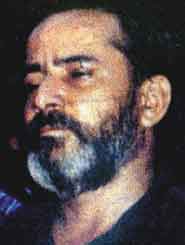 In response, Prachanda categorised Bhattarai as "a collaborator of enemies". In a party document recently made public, Prachanda said, "At a time when the party is executing the revolutionary plan of transforming society through aggressive offensive, Dr Bhattarai, by encouraging factional feuds, was apparently helping imperialists, expansionists and the RNA." In Maoist parlance here, the word imperialist is a synonym for the US and expansionist for India.

The division in the Maoist leadership has coincided with reversals in the fight against the RNA, conveying the impression that they are on the run. But others dismiss such suggestions, arguing that the leadership schism hasn't affected the PLA, that it remains behind Prachanda and that a guerrilla war has its ebbs and flows. The king shouldn't be lulled into believing in a military solution, they warn.

They issue such warnings because they fear a Maoist retreat, however temporary, may inspire the politically ambitious king to justify the royal coup of February 1, ease the international pressure on himself and continue to govern the country directly. No wonder, foreign diplomats have been cautioning the king against relying exclusively on a military solution. For instance, Britain's ambassador Keith Bloomfield said publicly that the way to tackle the Maoist insurgency is not by bringing about a division among the constitutional forces. British special envoy Sir Jeffery James, who completed his two-year mission in Nepal, advised political parties to unite on the issue of democracy and together tackle the insurgency as a military option alone wouldn't help resolve the problem.

Such 'out of turn' comments from foreign diplomats have angered some here. As Dr Prakash Chandra Lohani, a leader of the Janashakti party, said, "If diplomats in other countries did what they do here, they would have been packed off." Most people believe democracy and human rights know no geographical boundaries. It's the king who now needs to be convinced about it.