The Jury Is Still Out

Do private schools outdo government schools? No proof exists for that. 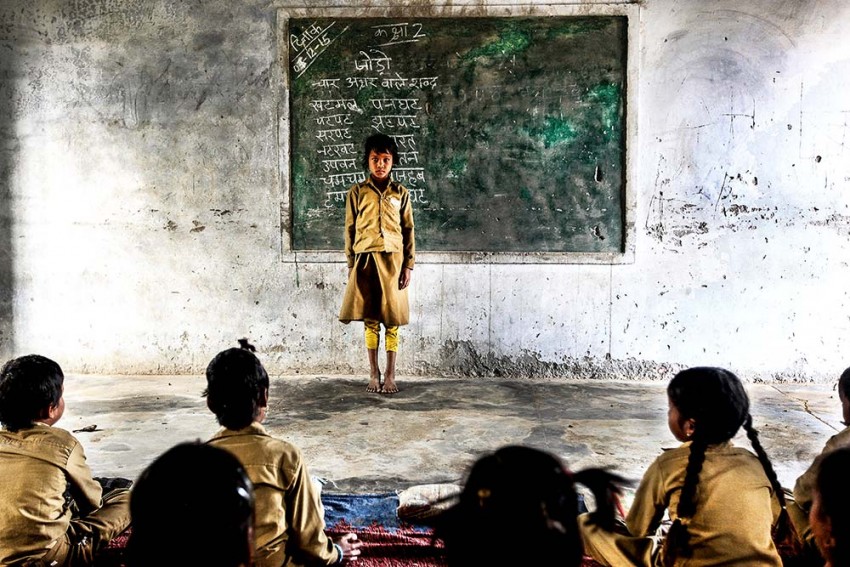 Singled Out
The classroom of the goverment school in a village inside Dudhwa National Park, Lakhimpur Kheri, UP
Photograph by Vijay Pandey
Zia Haq September 28, 2017 00:00 IST The Jury Is Still Out 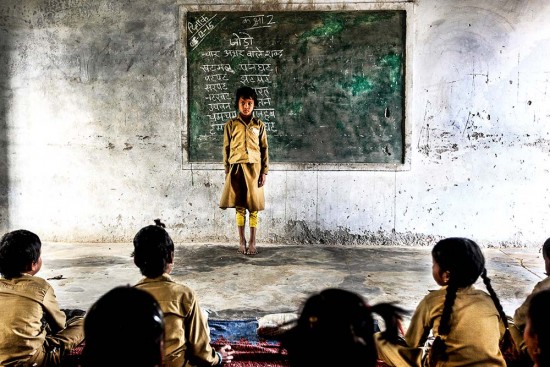 The phenomenon of private schools expanding at an annual rate of 35 per cent naturally raises one question: are they better than state-run ones? One might also ask if India needs more private schools than public (government) institutions. It’s about time to clear the air over available data-based evidence on whether private schools are worth their money.

The answers are linked to a simple truth: India has made schooling universal and compulsory. It’s not the same thing as making good-quality education universal. So, a general perception of abysmal state education quality—quite common in recent decades—means more and more highly priced private schools.

There is little available by way of national studies that comprehensively compare the two systems. The most widely accepted survey—the Annual Status of Education Report (ASER) which is in its 11th year—measures overall learning levels among Indian pupils. The picture, as it states in its 2016 report, is “pretty disappointing”. According to ASER 2016, data from 589 rural districts of India (over 80 per cent of the total districts), only 48 per cent of students in class 5 can read a Class-2 level textbook. Math skills aren’t any better. The share of Class 8 students in rural India who are able to correctly divide a three-digit number by a single-digit dropped to 43 per cent in 2016 from 44 per cent two years ago.

Such granular findings aren’t available nationally for private schools, whose high fee structures, opposed by parents, are now embroiled in court battles in many states. Despite a landmark law—The Right to Education Act, 2009—making free school education a right, evidence is now clear that more new private schools are being added than government schools. Yet, no privately funded Indian school stands out in global rankings. In the PISA survey covering 22 national education systems, including India’s students in public schools, score higher than students in private schools after “adjusting for socio-economic status”. The data, says Anurag Behar, CEO of Azim Premji Foundation, say that in most countries, including India, “private schools do not necessarily perform better than public schools”.

To put it simply, one big difference between private and public schools is the family and socio-economic backgrounds of students. Privileged families send their children to private schools. So, private schools have what economists call “selection advantage”. Private schools admit students who already have learning advanta­ges, since evidence shows that poverty impacts learning outcomes. Privileged students have recourse to additional academic support, such as home tuitions. They also usually have kindergarten education before entering high schools. When these advantages are accounted (“adjusted”) for, then private schools on their own aren’t better performing, the available evidence suggests.

India’s own ASER 2014 report confirmed this. Its state-wise analysis shows that a simple act of controlling for other factors (such as pupils’ socio-economic status) reduces the government-­private school learning gap considerably in all states. “In the case of Punjab, Gujarat, Maharashtra, Andhra Pradesh and Karnataka, the difference is reversed with government schools outperforming private schools once household and parental characteristics are controlled for,” the report states.

The other major study on Indian private schools—­’Relationship between private schooling and achievement: Results from rural and urban India, by the Michigan State University education department’—too didn’t find any clear evidence that private schools are better. “There is no consistent evidence that there is more benefit of attending a private school,” says Amita Chudgar, the lead researcher and assistant professor of educational administration. Chudgar studied the “three Rs” or reading, writing and arithmetic skills of 10,000 Indian students aged 8 to 11 in private and public school students with similar socio-education backgrounds. The study appeared in the prestigious Economics of Education Review.

There are other misconceptions about private schooling preferences. Based on data compiled by ASER, there are “clear regional patterns in private school enrolment”, say researchers Rukmini Banerji and Wilima Wadha in the India Infrastructure Report. “The states north and west of Delhi, from Jammu & Kashmir in the north to Rajasthan in the west, as well as the large state of Uttar Pradesh, fall into a ‘high’ private schooling region, where anywhere between half to a third of all rural children (in the age group 6–14) are enrolled in private schools,” they note.

In India, private schools can be set up only by non-profit trusts and societies, who can’t take surpluses out of school. Yet, they run high surpluses and parents are fighting pitched court battles over fee raises. In Delhi, the Justice Anil Dev Singh Committee was mandated to look into the books of over 500 schools. Schools that get government aid, such as land, can’t raise fees without government permission. “Nearly 500 schools were to found to have fraudulently raised fees and now must refund a total of Rs 750 crore. Of this, 103 schools owe Rs 104 crore,” says Ashok Agarwal, a lawyer who is fighting a long-running battle against usurious fees on behalf of the Delhi Abhibhavak Mahasangh.

Although 102 schools have challenged the order, 15 schools have deposited their refund amounts in a court-managed account. In hearing the schools’ appeal, the Delhi High Court has stayed “coercive action” like shutting down schools, but insisted on the refunds. With the jury still out on scientific evidence on whether private schools perform better, the institutions are indulging in nothing short of “loot”, says Agarwal.

‘BJP No Cogent Threat, But We Have To Improve Performance’