Has the media lost the plot in the more wired world of today? 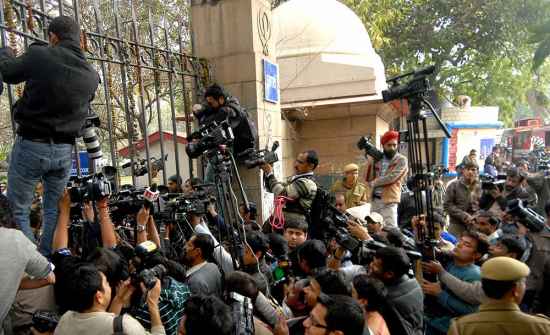 It was a year bracketed by the Delhi gangrape and the Tehelka train wreck, and you would be hard put to find another period since our colonial masters departed when journalism was in worse odour in India. It is not just the mediocrity of information assaulting us that is of concern; it is also the titillation, ignorance and bias to which our attention-deficit audiences are subjected. Every sensation is momentary and can obliterate objectivity, balance, common sense before we move to the next bit of Broken News. Sober inquiry is rare, and rarer still is level-headed follow-up.

Even when our media “adopts” a seemingly just cause, as in the Nirbhaya case, the embrace is overpowering and even menacing. As much in that story as in the hysteria over the Tarun Tejpal episode, or the Aarushi murder verdict, or at year’s end the Khobragade ‘humiliation’ in New York, we have been assailed by the certitude of media judgement. Woe betide the person who comes under attack via Twitter and Facebook—the explosion of vitriol is so frightening that it obscures temperate discussion, demolishes privacy and destroys reputations.