‘The Judiciary Has Become Much More Religious In Interpreting The Law’

“In every judgement, our SC invokes Article 2(a). This is an imprecise article that talks of democracy as enunciated by Islam.” 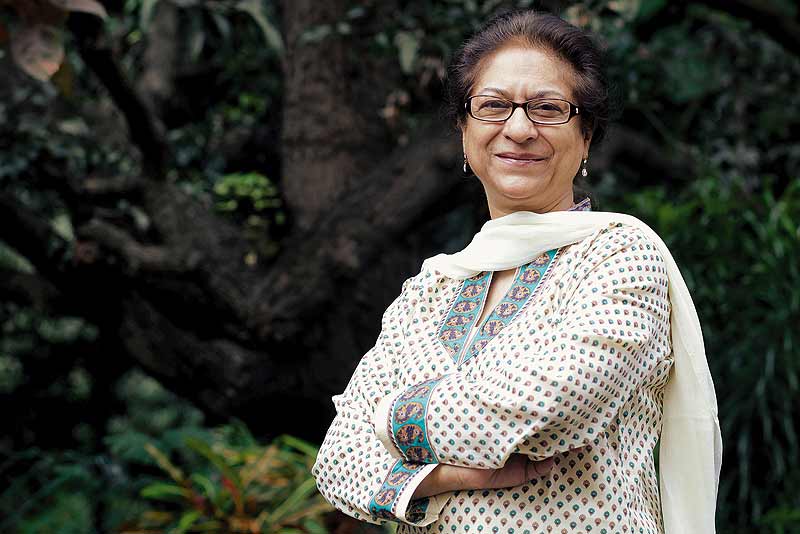 Human rights advocate Asma Jahangir, dubbed “Little Heroine” after demonstrating against Zia-ul-Haq’s religious laws in 1982, defines the modern face of Pakistan. She was president of the Supreme Court Bar Association of Pakistan, has chaired the Pakistan Human Rights Commission, and has won international awards for defending the rights of women, children and minorities. Excerpts from an interview with Bharat Bhushan:

Have the judiciary and the bar become the Opposition in Pakistan?

The Supreme Court certainly, but the bar is divided. The SC, however, plays the bar: half the seats in various high courts are vacant and for every seat, around 20 lawyers have been promised consideration. Lawyers demonstrating support for the court are given relief. However, the leadership of the various bar associations and councils are critical of the court.

How do you see the judiciary-PPP government confrontation playing out?

Does the judiciary believe its authority supersedes Parliament’s?

Can the judiciary right the ship?

Some think so. However, there’s also a lot of criticism. In the recent Multan byelection, the opponent of former PM Yousuf Raza Gilani’s son had the chief justice’s picture as his election banner. He lost.

Is it true that Punjab’s samosa-makers get a faster hearing in the SC than Shias or persecuted minorities?

It’s all very arbitrary. Cases of prisoners who served their terms but languish in jail are never taken up. Three child custody cases were—with no explanation.

Why do all the SC judges appear to be on the same page on all the important political and constitutional cases?

We call them the 17 twin sisters. Everyone’s vested interest is in getting a five-year extension. They think the chief justice can pull strings and get things done. He also has pet lawyers to humiliate any judge in court. Who’d want to cross him?

Is it fair to ask for Chief Justice Iftikhar Chaudhry’s resignation due to the corruption charges against his son?

The case is under investigation. My reason for not demanding his resignation is that I don’t want to make a hero out of someone who is undeserving of such.

Has the SC moved right-wards? Is it more religious in interpreting laws?

What the court has done is under its inherent powers to take up any case of public interest linked to fundamental rights. It has somehow woven in Article 2(A) of the Constitution: the Pakistan Resolution. It is imprecise and doesn’t fall under the fundamental rights chapter, but talks of democracy as enunciated by Islam. They invoke the article in each judgement. The court has indeed become more religious in its interpretations of the law.

What about the judiciary’s activism in taking on the army for citizen disappearances in Balochistan?

This is a laudable thing they have done. However, nobody has been arrested or even charged despite precise allegations being made in court. Another judgement gave transvestites the right to work, get IDs and choose to not disclose their sex.

Have the liberals lost ground by supporting the pro-judiciary campaign?

They lost because of poor strategy and by being let down by their leadership: namely Aitzaz Ahsan who engaged the right. Their leaders needed clarity of direction.

You have said your life was in danger. Who might want to kill you and why?

I’ll never know why. I’ve never done anything to merit threats on my life. I made it very clear that the plot came from within the security apparatus. It was a plot—and not a threat—which got leaked.

Some wanted you to head the interim government. Was it a serious offer?

Nobody approached me officially. The politicians should know that the ISI will not clear my name. It will not be easy for the two main parties to find someone to head the caretaker government. That is a huge task and time is running out.

The Proxy Servers Of Law