Modi is skewered. What about the culpability of the firing squad? 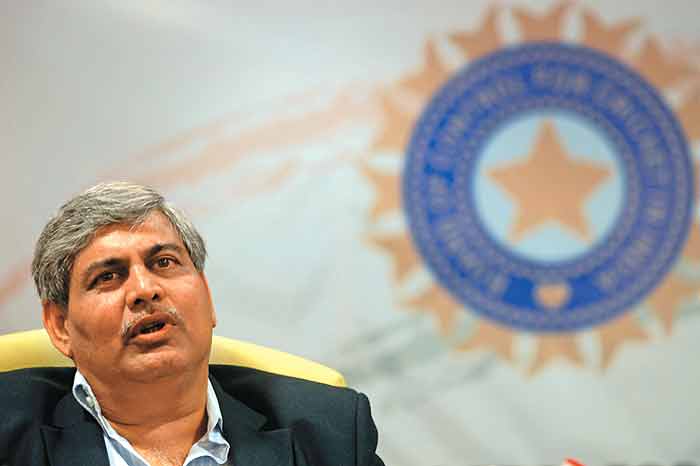 As former IPL commissioner/chairman Lalit Modi finds refuge in the righteousness of the wronged, it seems his exit is becoming a catalyst for a realignment in BCCI politics. In the shifting sands of Indian cricket, the resident god of IPL was reduced, in one instant, to a mere supplicant. Quoting the Gita, rudraksh beads wrapped around his wrist, Modi breathed defiance in his speech after the final match last Sunday. Minutes later, he received an e-mail informing him of his immediate suspension, and asking why he shouldn’t be subjected to further action.

Monday morning in Mumbai was scorching, and outside the BCCI some 200 journalists waited for the IPL governing council meeting to end and the last rites of the former IPL commissioner to begin. BCCI president Shashank Manohar and secretary N. Srinivasan—two men with obvious animus for Modi—expounded on Modi’s sins. Manohar, a lawyer, spoke with great effect for some 40 minutes, and what he said about Modi wasn’t unexpected.

But then came the unexpected. Asked about the allegations that Union minister and former BCCI president Sharad Pawar had an interest in the bids for new IPL teams, Manohar didn’t unequivocally defend the man who has been a friend for 30 years and, more recently, a mentor. “Those allegations, to the best of my knowledge, are incorrect,” he said. It’s not exactly a categorical rejection of Pawar’s interest in the IPL. Really, what did “to the best of my knowledge” mean?

These words suggest a distancing. “It’s clear that Manohar, who’s honest, does not want to get caught in a political web,” says a BCCI official. “He wants to be his own man. Pawar and his NCP colleague, Praful Patel, were definitely involved with the bidding in March.” 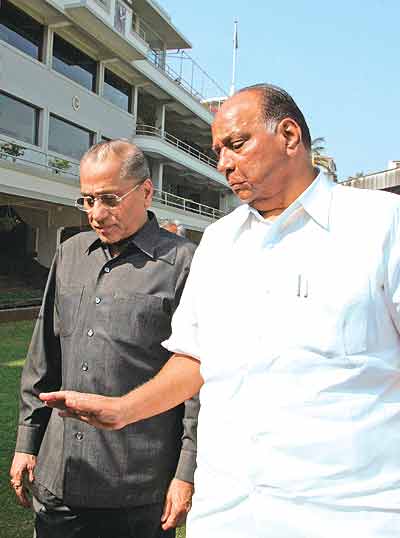 There’s sufficient reason for Manohar’s cautious approach—Pawar was negotiating with the BCCI to give Modi “an honourable exit”. In a BCCI where Modi had only haters and some fair-weather friends, he derived his strength from Pawar. Modi was a key facilitator in helping Pawar defeat Jagmohan Dalmiya in the 2005 BCCI presidential elections. He was, like Manohar, a Pawar acolyte. In this battle between proteges, Manohar suspended Modi at the governing council meeting on April 26 even as their common mentor tried for a compromise.

At the press conference following the meeting, Manohar said, “I can assure you that as far as I’m concerned, there’s no political pressure which can influence my decisions.” He could only have been talking of the possibility of pressure from Pawar, the politician closest to him. And Pawar is wily, a veteran of too many cloak-and-dagger games not to comprehend Manohar’s compulsions. Explaining why the two are drifting apart, a source says, “Pawar doesn’t want to be involved in the regular affairs of the BCCI. And Manohar’s a top lawyer, a senior administrator, and he wants to be independent of Pawar. He was safeguarding himself when he said ‘to the best of my knowledge’ Pawar is not involved—in case Pawar is implicated in future.”

At the April 26 meeting, Modi found support only from I.S. Bindra; M.P. Pandove, another Punjab Cricket Association member of the governing council, did not attend, citing bad health. But, sources say, he didn’t wish to be tainted by association with Bindra. “Bindra supported Modi, and Pandove would have had to toe the line of his PCA colleague,” a source explains. “Pandove didn’t want to be a victim of the BCCI’s wrath.”

This disarray is said to have pleased Dalmiya, the man Modi said should be “put in jail” a few years ago. He had been wooing Dalmiya as he faced the combined firepower of Manohar and Srinivasan. Dalmiya, says a source, has been mulling the advances and will chart his future course of action after the BCCI’s working committee meeting on May 2. “Dalmiya is sidelined, and if he doesn’t gain anything from the BCCI, why wouldn’t he join forces with Modi?” asks this source, rhetorically. The two may be down, but not out.

“Why would Shastri or Gavaskar speak against Modi when they were getting Rs 1 crore each for singing praises?”

They can draw sustenance from the BCCI’s own vulnerability. People like Bishan Singh Bedi (see interview) wonder what the other 13 members of the IPL council had been doing for the past three years. “If Modi hadn’t tweeted against Shashi Tharoor, wouldn’t this scam have remained buried?” asks a BCCI official. “Wouldn’t Ravi Shastri (a governing council member) still be calling Modi Moses? Why would he or Sunil Gavaskar speak against Modi when they were being given Rs 1 crore for 40 days of singing praises?”

There are BCCI members who aren’t above board. Srinivasan, for instance, is the biggest single stakeholder in Chennai Super Kings. “According to the BCCI constitution, no administrator or member can have commercial interest in its activities,” A.C. Muthiah, former board president, told Outlook. “But Srinivasan is the largest single shareholder in the company. It’s ironical that the man (Srinivasan) who’s attacking Modi for conflict of interest is in possibly the biggest conflict of interest with the BCCI” 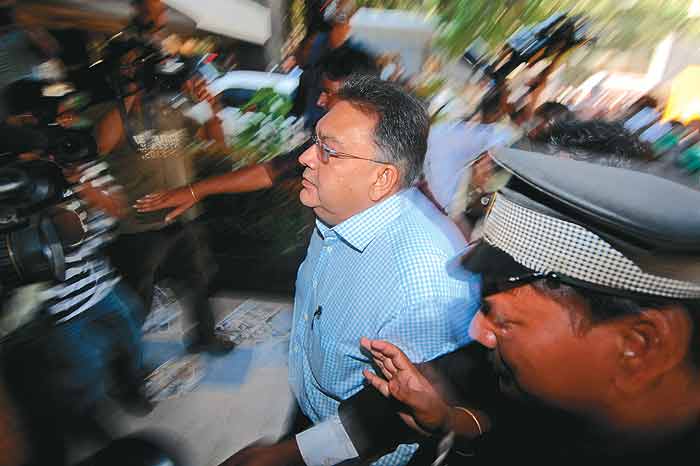 Chirayu Amin at the BCCI HQ in Mumbai

Muthiah has already joined battle, saying that Chirayu Amin, the interim IPL chairman, needs to think independently. “He’s been told there’s no conflict of interest in the case of Srinivasan,” Muthiah says. “He’s been told that Pawar permitted this. But how could Pawar give permission for a rule to be broken? That was illegal according to our constitution.”

Look at this other telling example of the conflict of interest—post-26/11, when the Champions League was cancelled, BCCI sanctioned Rajasthan Royals and Chennai Super Kings (two teams which had qualified for the tournament) $5 million each. Muthiah points out, “Chennai belongs to the company in which Srinivasan is the biggest shareholder; and Modi has relatives in the Rajasthan team. Because they’re sitting in the BCCI, they’re able to do all this. That’s why there should be independent people running the board.”

Those who know Chirayu Amin say he’s a clean man, an honourable man who’s worked wonders as the chief of the Baroda Cricket Association. But he too was among the 13 silent men who did nothing as Modi ran the IPL show. “The whole governing council is culpable, they all should have resigned if they had any sense of honour,” an official says. Modi’s gone for now, but it seems the blame hasn’t been apportioned among all responsible. He will try to correct that with his promised revelations, or sharpen the realignment in the board to fight another day.