A creature caught between the Valley Muslims and Jammu Hindus 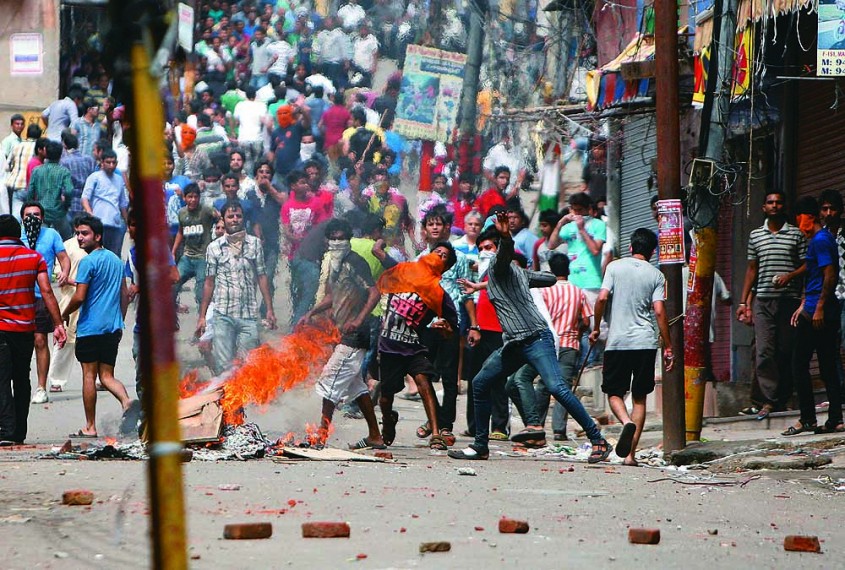 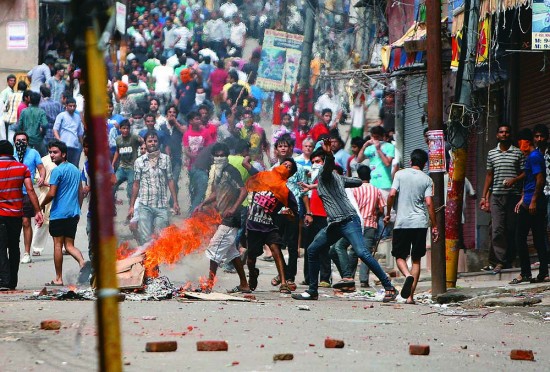 Every crisis is an opportunity. Nowhere does this ring truer than in Jammu and Kashmir, where political parties are out to squeeze the last ounce of partisan mileage from the recent violence in Kishtwar. This unedifying spectacle is hardly surprising. When it comes to J&K, our public discourse invariably generates more heat than light. The complex politics of the state is reduced to a caricature of ‘separatism’, while gross failures on the part of the Indian State and democracy remain unacknowledged. In consequence, we tend at once to overstate the ‘threat’ posed by every upsurge in J&K and to overlook the importance of issues that fuel these crises.

To get a measure of the current cri­sis, we need to consider the specifici­ties of the politics of the Jammu reg­ion. Pre-1947, Muslims were a majority in the undivided Jammu province. In the western districts of Mirpur, Poo­nch and Reasi—large chunks of which are currently in PoK—Muslims were num­erically preponderant. But even in the Hindu-majority Jammu, Udhampur and Kathua districts in the east, they were a substantial min­ority. Owing to the anti-Muslim violence and ethnic cle­ansing in J&K in late ’47 as well as the de facto partition of the state, the Muslims were reduced to a small, terrified minority in Jammu.

This determined the subsequent trajectory of their politics. Jammu’s Muslims took a practical view of their plight and sought to build their lives anew. But the region’s politics was hardly conducive to their attempts. Grievances over Jammu’s marginalisation in the new political dispensation of J&K fused with the communalism of the Hindu right. The resulting cocktail of ultra-nationalism (demand for full integration, abrogation of Article 370, etc) and Hindu majoritari­anism was readily consumed by the RSS and its political avatar, the Jana Sangh. Yet, Jammu’s Muslims tread a cautious track, supporting demands for greater autonomy from Srinagar. Following the onset of the insurgency in the late ’80s, they refrained from endorsing the cause of the separatist groups in the Valley—never mind the Hurriyat’s claims to speak for the state’s Muslims. This is true even of its northwestern districts, including Kishtwar, which are geographically closest to the Valley and which have a Muslim majority.

Yet, their position remains difficult. Think of the 2008 crisis over Amarnath land. Jammu Muslims were caught between the demands of the Valley Muslims and the Jammu Hindus. They were also the target of the ire of the Hindu right in Jammu: BJP state president Ashok Kha­juria threatened them with expulsion. The claim, advan­ced in the context of the recent riot in Kishtwar, that Jammu Muslims take their orders from the ultras in the Valley is ridiculous.

It is equally erroneous to link this violence to insurgency. Indeed, in northwestern Jammu, insurgents have nothing like the popular support they have in parts of the Valley. And this despite the fact that these districts are remote, not very well-connected and highly underdeveloped. Even at the hei­ght of insurgency, the milita­nts had to resort to high levels of coercion and intimidation of the locals while operating in these parts. The suggestion that we are now facing a situation akin to 1990 is both misguided and malicious.

The immediate provocation for the violence in Kishtwar is as yet unclear. However, the build-up of communal tension was stoked by the killing of four civilians by the BSF a few weeks back in the nearby district of Ramban. Faced by a protest against their attempts to interfere in the offering of late-night prayers during Ramzan, the BSF opened fire, killing four and injuring 44 unarmed civilians. An internal inquiry predicta­bly gave them a clean chit, on grounds of self-defence.

It remains to be seen whether the BSF will get entirely off the hook. But the incident underscores the culture of impunity central to Kashmir’s travails. State agencies routinely commit crimes against civilians, but are seldom prosecuted. Along with the impunity is the insouciance. Compare the justified outrage at the killing of our soldiers along the LoC with the complete indifference to the killing of unarmed fellow citizens by the security forces. This is the face of the Indian State and democracy the people of J&K see. Is it a surprise that every tremor, however local its impulse, tends to acquire the tenor of a protest against the State?

New Delhi, however, remains unwilling to take the minimum necessary steps to redress the situation. Every lull in violence and tension is seen not as an opportunity for reform but to reinforce the status quo. No wonder the other parties continue to fish in troubled waters.

(The writer is a senior fellow at the Centre for Policy Research.)

The Union Territory Of Badminton