A useful collection that could not have come at a more opportune time, for while the battle on the veil may have been joined most recently in France, the question continues to be an important one the world over. 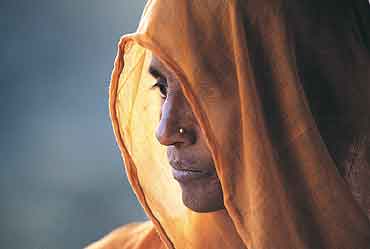 Purdah: An Anthology
By Eunice De Souza
Oxford University Press Rs 595; Pages: 552
Taking a broad span encompassing the 19th and 20th centuries, this anthology includes a range of writings, by men and women, on the subject of purdah, or more broadly, seclusion. Taking purdah to mean not just the burqa or indeed a mere cover for the face (Hindu or Muslim), but rather the systems of codes of seclusion and feminine modesty imposed on women’s lives, the editor, a well-known writer, has put together an impressive list of texts. She attempts to show that there is no one voice that speaks on the issue of seclusion for women. Instead, there are a multiplicity of voices, and very many different views.

Divided for easy reference into four sections: western accounts, Indian perceptions, first-person accounts and literary evocations, the book includes essays, fiction, biographical excerpts, etc. Anthologies such as this are always useful for they bring together texts that are scattered, many of which may be difficult to track. In doing so, they provide good material for courses, and also, whether or not this is intended, make interesting general reading. This particular selection has another advantage in that the editor has chosen to give brief introductions to each of the pieces.

If I have any criticism at all, it’s that the editor’s overall introduction is all too brief. Of course, it is a formidable task to put together such a diverse range of material, and then to tie it together somehow in an analytical introduction. But precisely because the task has been attempted, it would have been useful to have a solid, substantial introduction, which helps the reader contextualise the material, and guides her in her reading. For example, it would be interesting to know why western and Indian is put against literary and first-person—for the latter of course include the former, and yet are very different categories.

This little lacuna notwithstanding, this is a useful collection and it could not have come at a more opportune time, for while the battle on the veil may have been joined most recently in France, the question continues to be an important one the world over.