The Invention Of India

History a la journalism-- lithe, synthesised, free of clutter, a few scoops too 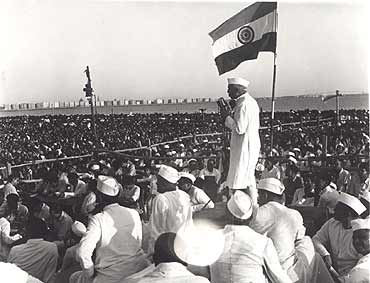 Guha has now added to his impressive collection. His one-volume political, economic and social history of India from 1947-1989 deserves all accolades. There have been other books looking at politics, economics and society separately in India since Independence but there has hardly been anything like Guha’s new offering which brings it all together in one continuous narrative. It is a gamble that he took eight years ago. Clearly, it has paid off and even though the terrain is overwhelmingly political, Guha is able to present a synthesis. This is a timely gift as the nation approaches the 60th anniversary of its Independence. Guha’s book is a tour de force on at least four counts.

First, the sources that he uses are new and could well be considered "scoops". He has mined various archives (particularly the Nehru Memorial Library), memoirs and private papers of principal players. The result is that he is able to add significantly to our understanding of recent history. He has, for example, used the collection of P.N. Haksar, Indira Gandhi’s key aide during 1969-1972. In addition to now-forgotten journals and magazines, he has also taken the trouble to locate the recollections of key civil servants like Penderel Moon, C.D. Deshmukh, Yezdi Gundevia and B. Sivaraman, and use them in the fascinating story he weaves on the achievements and accomplishments, the trials and the tribulations of the world’s most populous and diverse democracy. It is a story of India from an Indian perspective—thus American, Russian and Chinese sources are missing. Rod McFarquahar’s location of the India-China war in domestic Chinese politics finds no mention. But this is only a quibble.