Public outrage is all fine but let's face it, we didn't have a stomach 'for the battle' 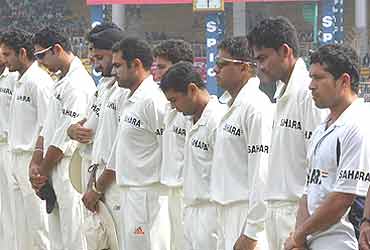 Hit Wicket What media hype, and our hopes and expectations suggested. And the truth.


Cricket is the only other passion that competes with Bollywood as the drug that best mainlines into our national psyche. But in the last few weeks, a shambolic performance against a smart-thinking opponent has left even filmdom's wacky storylines well ahead.

"Somehow, the idea has gained ground that we have to make it (cricket) like a daily sitcom or soap, where something dramatic has to happen every day. So if we play reasonably well, we think we are better than everyone else. And if we lose, then it's like we are the worst team in the world," rues inveterate cricket presenter Harsha Bhogle.

There's enormous irony in what Bhogle says, because much of the blame for the enormous disappointment of the Indian performance against the touring Aussies is a combination of our astonishingly high expectations and the larger-than-life...