The Inner Grammar Of Dissent Lives

A century failed to give us any Dalit Tamil CM, sustain a single Dalit ­academic institution, or bring Dalit castes into the Dravidian fold 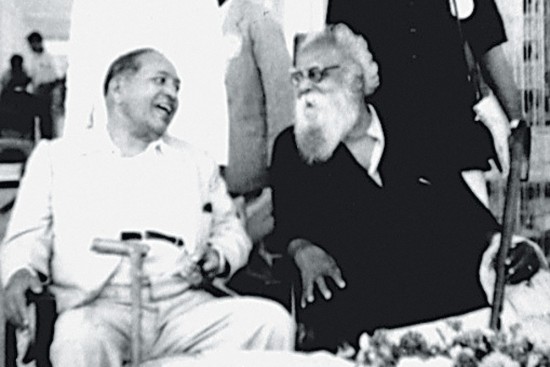 The Dravidian movement is popularly characterised as the south Indian, non-Brahmin revolt against the social systems imposed by Brahminical Hinduism, mainly in the erstwhile Madras state. It is getting a serious relook in the contemporary context, being critically analysed by scholars and commentators, while its champions are preparing to celebrate the movement’s centenary—taking the release of the Non-Brahmin manifesto issued by Thegarayar in December 1916 as the formal beginning. A similar movement for liberation from exploitative Brahminism was initiated earlier by Jyotiba Phule in Maharashtra and sustained by Shahu Maharaj—leading up to the decisive revolt by Babasaheb Ambedkar in later years. The Dravidian movement, as it was espoused, was mainly a Tamil country movement and was an all-inclusive revolt against all forms of social and religious oppression and a move towards socialism and equality.

One way to evaluate this history is via the Dalit perspective—vis-à-vis the presence or absence of Dalits in the movement—since its essential grain is an emancipatory, anti-Brahminist one. Critics have of late been disparaging the movement citing a recent paradox: the assaults witnessed against Dalits in Tamil Nadu, mostly by backward castes supposed to have been inspired by the Dravidian movement. Some are even inclined to call the whole movement a hoax that failed to bring in social equality. And yet, the movement has been recognised as one of the greatest events in the social history of modern India and its leader Periyar was named the Prophet of New Age by UNESCO in June 1970. There are scores of appreciative studies on the movement and Periyar, both by Western and Indian scholars, and it just cannot be wished away as a disingenuous move for social control by middle castes.