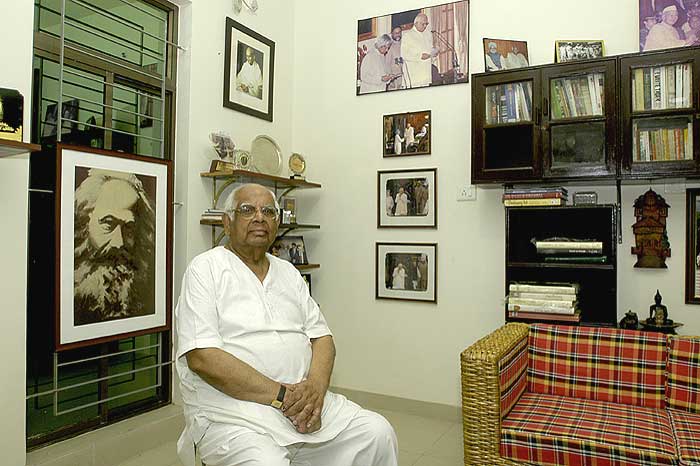 It has to be one of the most forthright and vigorous accounts of contemporary politics. Somnath Chatterjee, former Lok Sabha Speaker and veteran leader of the Communist Party of India (Marxist), who was expelled by his party in July 2008, has just completed his memoirs. Called Keeping The Faith, the book is in the final stages of printing and is expected to be out by late July or early August. While agreeing to talk about what to expect from the book of about 400 pages, Somnath says: “I know you’ve been sent to try to ferret out every single detail, but if I reveal too much my publisher will disown me.” And then after a pause, jokingly, “He can’t expel me, can he?”

Jokes apart, during the four-hour conversation at the 81-year-old leader’s spacious house and garden in serene Shantiniketan, in Bengal’s Birbhum district, it is his shock and profound sadness at having been expelled from the party— “even after two years of the incident”— that is apparent more than anything else, both from what he says and what he doesn’t. And though he claims his book is really “the memoirs of a parliamentarian” and spans the 33 years of his political life, he willy-nilly confesses that the expulsion episode takes up significant space. He even admits that he thinks “people might read the book, if for nothing else, at least to find out my reflections (on the expulsion)”.

“After telling the press that the decision to resign was mine, Karat sent Biman Bose to ask me to step down.”

Somnath has not, in the last two years, spoken openly about the incident other than to make cursory comments to the press or to party members close to him, expressing his “reluctance to question the party’s decision or quarrel with its members about it”. If he let on anything about his distress, his hurt and humiliation, it was “nothing more than what I wanted to elaborate on in my memoirs.”

While admitting that he had considered writing his memoirs earlier, the expulsion from the CPI(M) and its effects on his political life provided the necessary impetus to get down to actually doing it. “There was always a pressure on me to pen down my experiences in politics and Parliament,” says Somnath.

The present publishers got the rights “by virtue of being the first ones to approach me,” he explains. The process, he says, was cathartic, as it was meant to be. “Yes, I felt hurt and humiliated. It was the worst day of my life next to my parents’ death,” Somnath tells Outlook. 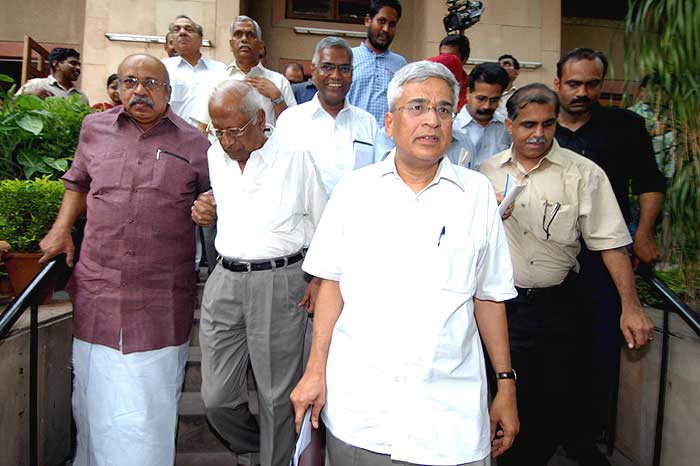 That admission begs the question, why didn’t he protest? “To whom?” scoffs Somnath, disdain for once clouding his patrician politeness. Somnath, a protege of Jyoti Basu, sounds almost contemptuous as he dismisses “the very thought of appealing to the party’s present politburo members”, led by general secretary Prakash Karat.

Acknowledging the open secret that it was Karat who is considered to be the one to have taken the final decision to expel him, Somnath says, “I hear there were hardly five people who attended the politburo meeting which supposedly decided my fate. I hear other members were not even consulted on the matter.” Somnath has few good words for the “present politburo”, nor are his broad hints at the present general secretary any sweeter. “Earlier,” he says, “the general secretary’s views could be overridden by the party if he was not in the majority. For instance, Surjeet backed Jyoti Basu as prime minister in 1996, but he was in the minority. Now there is no democracy in the party. It seems that one man is running the show like a dictatorship.”

Somnath points out that Karat had earlier indicated that the decision whether or not to step down from the Speaker’s position was his. To his astonishment, “less than a couple of days after announcing it to the press that the decision was entirely mine, he has Biman Bose come to my house with the request that I step down.”

When Somnath consulted Jyoti Basu on the matter, he was told that “my first responsibility was to Parliament as speaker and that I was to preside over the no-confidence motion (over the signing of the CTBT) and after that decide whether to step down or not.” Somnath says he has subsequently been accused by some party members of “attributing to Basu comments which he never made now that he is dead,” but insists that Karat and others knew about what Basu had said even at that time.

“What is the meaning of CPI(M) members, even ministers, coming to me now in secrecy and asking me to return?”

According to Somnath, it is another sign of Karat’s “high-handedness” that he went ahead with the expulsion, though he knew Somnath was respecting the “wishes and wisdom” of the CPI(M) patriarch. “All this is in the book,” he sighs wearily. By this time his wife Renu has settled down on the sofa beside him after arranging for tea. “He says he has given up politics,” she smiles, “but nothing makes him happier than when he talks about politics and his party.”

“But I’m not a happy man now,” says Somnath. But why doesn’t he want to go back to the party? There are rumours that he has been requested several times by members, especially in Bengal, to rejoin the party and that it is well known how his expulsion went down badly with many of them. While confirming that he had been approached many times by CPI(M)  members from Bengal, Somnath says he is dismayed by their lack of courage to meet him openly. “Many members, even some ministers, come to meet me but they can’t be seen to be doing it openly.” And he is indignant at the very mention of those who could have spoken up against the expulsion. “That’s all bogus,” he thunders. “If they wanted to speak up, why didn’t they? What’s the meaning of them coming to me now in secrecy and asking me to return?”

“The question of returning does not arise unless...,” Somnath’s voice trails off. “It will never happen, so what’s the point talking about it?” Renu at this juncture lets on that he was also approached by other parties, but she warned him of dire consequences even if he so much as thought about joining any of them.

“So I decided that my political life is ruined. At least let my personal life be okay,” laughs Somnath.

So who were these parties? “Leave something for the book,” he chides. “I can’t tell Outlook everything.” But Somnath promises there are many secrets that are revealed in the book. Including an episode of a “mini revolt” by CPI(M)  parliamentarians. However, he won’t say if it had anything to do with his expulsion. “Do you want my publisher to expel me?” he jokes again.