Is conflict of interest likely in Nilekani's present assignment? 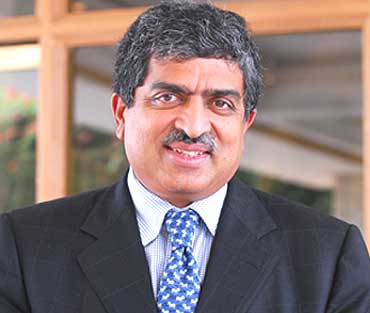 outlookindia.com
-0001-11-30T00:00:00+0553
For all the celebrations, the shadow of a potential conflict of interest looms over this unique technocratic appointment in government. Despite dissociating from Infosys, there's speculation in industry and bureaucratic circles on whether Nandan Nilekani's 30-year association with India's second-largest software services firm will hamper the impartiality of the Unique Identification Authority. Will this feeling (and it's just that right now) mar this public-private partnership?

Industry leaders rubbish such a possibility. "They have brought in the best person for a difficult job. Obviously, he'll see everything on merit. Those raising questions are interested parties," says J.J. Irani, director, Tata Sons, who headed a government committee on the revision of the Companies Act. Others say you see this conflict more when politicians man crucial posts. "There is enough gossip in the market about ministers; here you are questioning a person of great integrity," says Kiran Karnik, recently the government's troubleshooter at Satyam.

For instance, this issue had come up when Dayanidhi Maran became telecom minister in the last government—his family was in the broadcasting and DTH business. Many other ministers, some in the present cabinet, have businesses that may come into conflict with ministries. There has also been debate over having lawyers in charge of ministries of law and justice and home.

It also doesn't help that there's almost no precedent of a CEO in government in India, despite the need (and often-stated desire) to induct technocrats aboard special projects. The only exception is Rajiv Gandhi getting Sam Pitroda to head the Technology Mission in the '80s. The practice of having people from the private sector in crucial government posts is common in the US, which has systems to avoid conflicts. Says Karnik: "The US recognises there are dangers in this system but there have been success stories."

Well, Infosys CEO Gopalakrishnan has said his company will bid for the project. Nilekani's clean reputation will play a role here. But if we want to see more of the best minds in government, we should have a system in place.