The Infant We Killed 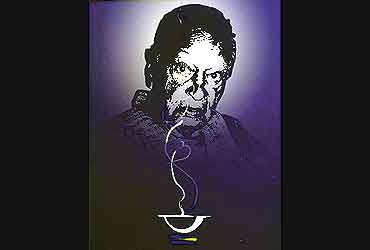 outlookindia.com
-0001-11-30T00:00:00+0553
When I read Mulk Raj Anand had died, I was pierced by a pang of sorrow. I had met him first in Mumbai over 30 years ago when he had deigned to notice the writing of a young journalist in the Times of India. For me, simply meeting the man who had written Coolie had been an overwhelming experience. Here was the man whose passionate nationalism had inspired a generation of Indian intellectuals; whose descriptions of abject poverty, institutionalised injustice and the benign neglect of the colonial power had chipped away relentlessly at the moral foundations of British rule and helped destroy the hegemony on which empires are built. Later, when he shifted for a few years to Delhi, I had the privilege of being invited to his home, and came to know the other side of his nationalism. For, his small house in Hauz Khas and his exquisitely tended garden were full of paintings, folk art and handicrafts. His home fairly shouted that for him, getting rid of the British had been the lesser part of the struggle for freedom. The greater part lay in rediscovering our pride, and our identity as Indians. The elements from which these could be reconstructed abounded. They lay all around us, parts of an incredibly rich cultural heritage that boggled the mind. Only our eyes had changed, for they could no longer recognise the significance of what they saw. That was the true measure of the damage a century-and-a-half of British colonialism had done to the Indian mind. That was why, shortly after independence, he founded Marg.

But as the day wore on, my acute momentary pang gave way to an abiding sense of loss. For, I realised it had been more than a decade since I had last heard anyone speak of him. The reason for this came to me only gradually. Mulk Raj Anand was no longer a household word for the same reason as Mahatma Gandhi. The India they had wanted had proved stillborn. Its place has been taken by another—a raw, confused land whose people do not know what to value and where to go, and have promoted self-interest, materialism and greed to fill the gap. This India is all around us. It's in our criminalised political class, our self-obsessed and wholly unaccountable bureaucracy, our collapsing judiciary, the obscene wealth and ostentation of our new rich and the continuing poverty and neglect of our poor.

It is visible above all in our total neglect of our cultural heritage. Am I exaggerating? Look at any new housing colony—whether built by the government or by a private promoter: can you find a single feature in the houses, hotels and shopping areas that you can identify as Indian? Why are architects like Charles Correa, Raj Rival and Satish Grover, who have studied Indian architectural forms exhaustively and sought to incorporate some of their basic elements into their work, now doing most of their work abroad? Why unlike every metropolitan nation does India not have a classical music channel on FM radio anywhere in the country? Why does Doordarshan give its classical arts channel, DD Bharati, such stepmotherly treatment and why is it such a resounding failure? Why, in the bookshops of Mumbai, Delhi or Bangalore has Marg been submerged under an avalanche of new magazines that 'sell' Bollywood and beauty contests as Indian culture? Why, with one honourable exception, The Hindu, does none of them consider trends and developments in music, classical dance and the fine arts to be worthy of even an occasional report? Why did Delhi's classical dancers become so desperate a few years ago that they held a joint press conference to warn the public that dance would die if the neglect in the media continued? And why did their cry of distress only evoke snide reports in the press about which dancer had been badmouthing which one after the conference?

Why did the nationalist dream, for that was what it was, die such a speedy death? Ironically, the main cause was the introduction of democracy. Mulk Raj's ideals were those of a small national elite, created by British education, that had defined itself in counterpoint to the colonial power. Universal franchise disempowered that elite within a decade, and replaced it with another that had grown in the small towns and villages, had had little direct contact with British rule, and had only a vague concept of India. This elite felt free to imitate the West without feeling the guilt its predecessor had associated with aping its masters. By the same token, its members took the traditional art and architectural forms and handicrafts that Mulk Raj and his peers treasured for granted and defined 'progress'—their own as well as their country's—by the distance they could put between these and themselves. All this has come to be encapsulated in the term 'Bollywood', for that is where the new elite has both articulated and learned its values.

The break was to some extent inevitable but could have been minimised had the Indian education system emphasised the classics and the humanities, as British education did during the Industrial Revolution and as American universities increasingly did during America's rise to global dominance after the second world war. This would have provided the essential continuity of values a rapidly changing society needed. But from the first days of independence, Free India exalted the 'journeymen trades' of science and technology and treated the humanities as an afterthought. No secondary school board requires students to learn Sanskrit or Persian, the two classical languages of the country. Till today, almost no Indian university has a strong philosophy or political science department. Very few teach comparative religion, or art history and cultural studies. Is is a surprise then that the one goal of all who excel at studies is to learn science, join an IIT, and escape from the country?