It's the mother of all film fests, and India's surely growing up 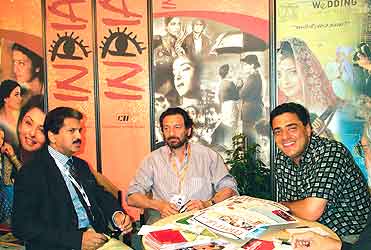 The government has finally woken up to India's huge potential as a location for international shooting. For instance, a team of 20 visitors to the country could spend up to a million dollars over six weeks, creating dozens of jobs in the bargain—apart from promoting international understanding of which, heaven knows, we need a bit. Visas and rules have been simplified and made competitive. Scripts from abroad will be cleared in three weeks, when they used to take half a year earlier.

There have been the Steven Spielbergs and Bernardo Bertoluccis of this world who had wanted to shoot in India, but were driven elsewhere by the endless torture of official dawdling. There is also this whole new crop of Indians and ethnic Indians abroad wanting to make films at, and about, home. Understandably, they have wanted to do it in dollars. But in the past, this has caused problems. Now, one hopes, they will be fewer.