The Indian At The Indy

Meet the editor from the ‘hackistan’ set 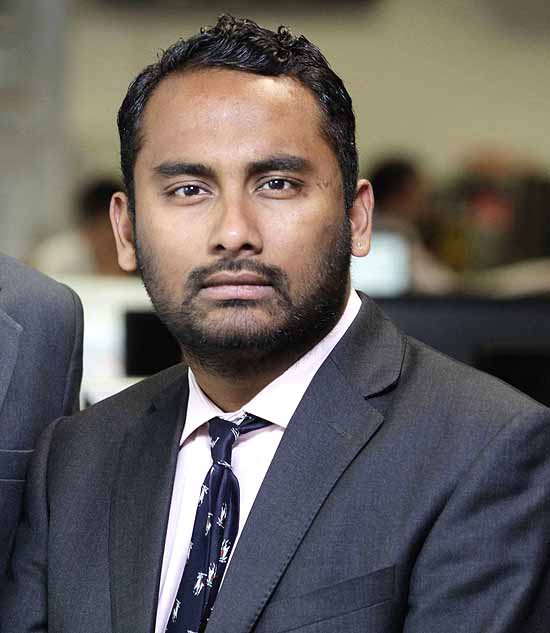 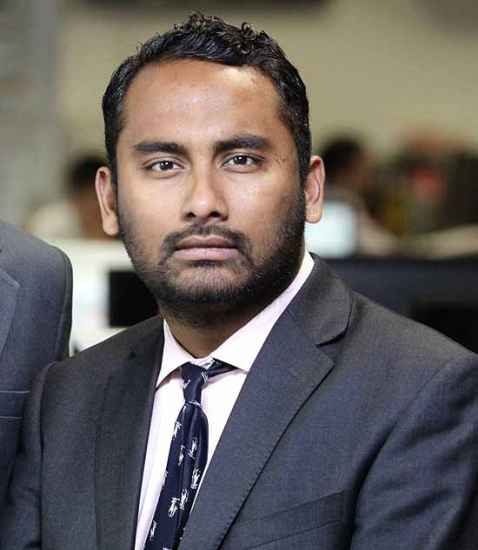 After a period during which it seemed clouds fed to bursting with political and criminal storms could not wait to discharge themselves over Fleet Street, it’s good to have a happy tale. Amol Rajan, a Calcutta-born Cambridge graduate, cricket lover and foodie, has become the Independent’s new editor. He’s the youngest British newspaper editor in 20 years, and the second non-white Fleet Street editor ever. At 29, were he a footballer, Rajan would arguably be at the peak of his international career—wise yet spry, fearless yet experienced. “It’s totally and utterly exhilarating,” he says. “And while it may sound a bit trite, I do have this sense of humility.”

Rajan was born in 1983 in West Bengal, but moved to the UK when he was three. Raised in Tooting, south London, a mixed white and Asian area marbled with Pakistani restaurants, chicken shops and spit and sawdust pubs, he speaks with a colloquial southern English accent, more blue collar than blue blood. It’s this amalgamation that Rajan not only represents but also embraces with zeal. So does his employer.

Launched in 1986, the Independent styled itself as free of dogmatic political lines, aiming to take a cerebral look at issues with the eye of the unshackled beholder. Rajan joined in 2007. Was it a natural fit? “Very much,” he says. “I was just saying to my staff that part of what I want to do is return to 1986 (when the Indy was founded). Not turning back the clock, but being back in the decade, the spirit of ’86.” Andreas Whittam Smith, the founder, had told Rajan journalism was a street, “with us on one side and the people we write about on the other—and we don’t cross the street”. “I believe in those two things passionately—independence of mind and scepticism,” says Rajan. “I like the idea of being politically surprising. Of judging things on their own merit rather than for ideological or tribal reasons.”

Many say what sets Rajan apart is his ability to put in hard work. After stints at Channel 5 and the Evening Sta­ndard—a title now also owned by the Independent’s owner Alexander Leb­e­dev, a fierce anti-Kremlin critic—Rajan joined the Indy and rose quickly to become an advisor to Evgeny Lebedev, the owner’s son and the hands-on boss. Says a former colleague, “He’s humble, down to earth, but also very ambitious and incredibly hard-working.”

Rajan’s Indian background is of interest naturally, and he is the second from the country’s stock to edit a Fleet Street publication: over a century ago the Mumbai-born Rachel Sassoon Beer, originally from an Iraqi Jewish family, was in charge of the Sunday Times and the Observer at the same time, between 1894 and 1902. It’s also natural for many to have unreasonable expectations. As Hugh Muir noted in the Guardian, “I hope he doesn’t suffer from the frenzied expectations that greet the appointment of any minority to a powerful or high-profile position.”

Rajan’s personality is one of accelerated thought and action. One of his recent successes as comment editor at the Indy was to launch Independent Voices, a bloggers’ network that juxtaposes the paper’s own columnists with writers from diverse walks of life. “Indep­en­dent Voices was a way of putting a turbo booster on our digital commentary and opinion,” he says.

His plans for the near future? “My plans are definitely to have a change of look for the Independent, but I don’t know how radical that will be.”  As for a focus on India, he says, “Naturally, I’m interested in the hugely thrilling and significant Indian elections next year. I’m slightly baffled and terrified by what Narendra Modi could bring if he wins, and yet in other ways he may have some economic and social ideas that no one else has.”

In his extracurricular interests, cricket ranks high. He’s written a book (Twirlymen: The Unlikely History of Cricket’s Greatest Spin Bowlers) and is known to be a decent player. He loves his food and did restaurant reviews at the Standard.

Rajan’s appointment was especially welcomed by Fleet Street’s contingent of Asian journalists. Amar Singh, currently managing editor of Goal.com but previously a newsman at several national titles, remembers Rajan as very personable. “He was always keen to meet other journalists from a similar background. Over drinks and a curry we would all share tales of our misspelled bylines and having to cover countless terror stories.” Your correspondent was part of this group, jokinging called “hackistan”. One of our own is at the top table. Cheers, old bean.