A whole history of mistrust and failed dialogue stalks this ‘diplomacy’ 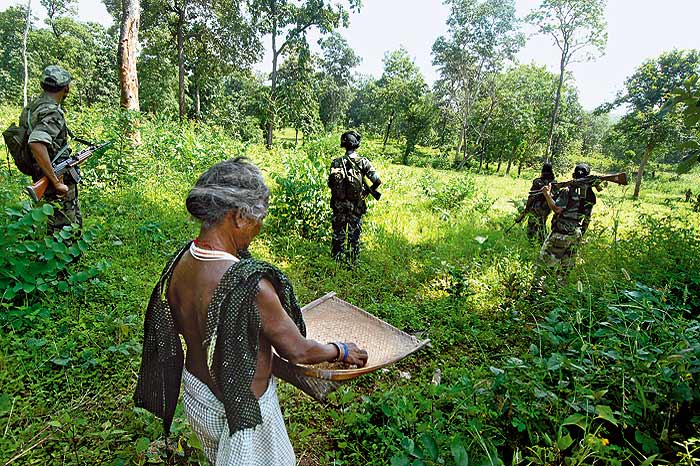 “What’s the fuss all about,” a ‘Maoist’ interlocutor asks, with just a hint of irritation, referring to the outrage caused by the abduction of Chhattisgarh’s Sukma district collector Alex Paul Menon. And what about the thousands of ‘innocent’ villagers detained by the state after being labelled Maoist, he asks rhetorically.

Significantly, the annual report of the Union home ministry is silent on the number of Maoists arrested and being held in prison. The interlocutors believe the number would run into the thousands, possibly as high as 20,000 or more in 9 states. The home ministry says there have been 1,554 abductions by Maoists in the last four years (489 in Chhattisgarh and 463 in Jharkhand), with 328 of those kidnapped not returning alive.

There is near-unanimity among the interlocutors that “high-value abductions”, such as Alex Paul’s, by Maoists will go on. “I believe such abductions are part of a counter-strategy to ease pressure on them (Maoists) and draw attention to their demands,” says Dandapani Mohanty, who was involved in the negotiations for the release of two Italians and Biju Janata Dal MLA Jhina Hikaka taken hostage in Orissa this month.

Maoists generally treat their hostages well, points out another interlocutor, Dr B.D. Sharma, a former district magistrate of Bastar. Alex Paul’s abductors did have medicines brought in for him and on the day before he was flown to Raipur to negotiate the collector’s release, Sharma exuded confidence that no harm would come to Alex Paul.

The mediators also believe that governments, whether in the states or at the Centre, are not serious about a lasting solution. Once the collector is released, everything will go back to square one, they add. Security forces would resume operations and make their presence felt by destroying alleged Maoist hideouts, holding alleged sympathisers and unleash their own brand of terror.

There is near-unanimity among the interlocutors that such “high-value abductions” as the Sukma collector’s will go on.

Alex Paul, in the meantime, would proceed to go on leave and then seek a transfer to the national capital on a central deputation to recover from the trauma, one of them adds with a chuckle.

While governments are averse to holding dialogues with underground outfits seeking to overthrow by violent means democratically elected power structures, they can scarcely afford to allow rebels to kidnap or kill civil servants, policemen or politicians.

“Tribals who refuse to move out or resist the plunder of their resources are all described as Maoists,” asserts B.D. Sharma. In the US, about 200 years ago, he reminds his audience, the native Americans put up a resistance and were subdued only at gunpoint. History, he suggests, is repeating itself in India with the State usurping minerals, water and forests for business and corporate interests.

The abduction of one collector here or one MLA there, Sharma insists, is then solely of peripheral interest. Both the State and the media refuse to address the real issues, which in his mind are the ownership and distribution of natural resources, State oppression and injustice meted out to tribals. A day before he is due to negotiate with the Maoists and the Chhattisgarh government for Alex Paul’s release, Sharma maintains that unless the core issues are addressed, any peace overture couldn’t possibly last.

But not all interlocutors are convinced about the ‘war over resources’ theory. Swami Agnivesh feels that the issue is overblown because it serves everyone’s interest. The Maoists, he feels, enjoy a disproportionate notoriety when one compares their strength and support base. His suspicions, perhaps surprisingly, find endorsement in a survey carried out by the Centre for the Study of Developing Societies (CSDS) two years ago.

CSDS fellow Sanjay Kumar recalls that that survey in Maoist-hit areas indicated that the situation was not ‘as bad as it is portrayed’. The discontent, the repression, the terror were all exaggerated. Agnivesh believes the embellished threat perception serves everyone’s interest. The civil servant and the policeman can get away with anything in such circumstances, he points out. There’s apparently a scramble among civil servants to secure a posting in Maoist-affected areas. They are said to be lured by the prospects of a mandate of zero accountability, no responsibility and the chance to spend or appropriate public funds.

For the record, Rs 2,600 crore has been spent in 78 ‘Maoist-affected’ districts in the last two years under the Integrated Action Plan by the Centre. And another Rs 18,000 crore has been spent or is being spent under the ‘Road Requirement Plan’. The interlocutors are however unanimous that governments, at whatever level, do not mean business. They all claim to have been let down by the government at one time or the other.

“It is a sad commentary that the State responds more readily to violence,” quips Sujato Bhadra, an academic and human rights activist from Calcutta, who was handpicked by Mamata Banerjee to broker talks between Maoists and the West Bengal government. Bhadra recalls a meeting he was invited to attend in Calcutta before the 2009 general election, along with representatives of the Left Front government in power then and Election Commission officials. The EC and state government wanted an undertaking that the Maoists would not disrupt the elections. In return, the Left Front government pledged to review cases against Maoists following the polls. But while the Maoists kept their word, says Bhadra, and the election passed without incident, the cases against Maoists were never reviewed.

A bitter Mohanty remembers the time in 2004 when he, Varavara Rao and others were invited by Orissa CM Naveen Patnaik for a dialogue in Bhubaneswar. A day after the talks were held, several participants were arrested by the police and languished in prison for years. “Till 2004, all political leaders including Manmohan Singh, Patnaik and ysr had described the Maoist issue as a socio-economic problem; but after 2004, it became the most serious threat to internal security,” Mohanty exclaims.

Swami Agnivesh recalls former Union home secretary G.K. Pillai’s offer to initiate a preliminary dialogue with top Maoist ideologues like Narayan Sanyal, Kobad Ghandy as also others held in prison. “Pillai said the government would identify these leaders and put them together for talks. Thereafter, talks could be broadened,” says Agnivesh, who met both Sanyal and Ghandy in jail to convey Pillai’s message. Both had welcomed the move and felt their party would be more than happy to respond. But the government backtracked and it never took off.

He also remembers receiving an out-of-the-blue call last year from Maoists who offered to release five policemen they had abducted in Chhattisgarh and held captive for over a month. While Agnivesh secured their release, he recollects asking Chhattisgarh CM Raman Singh to reciprocate by releasing five incarcerated Maoists. “There were, at the time, at least 1,700 people held in prison for being Maoists or Maoist sympathisers in the state and the CM publicly welcomed the suggestion at a joint press conference and promised to respond positively,” a bemused Agnivesh says. Despite repeated reminders, the state government didn’t honour its commitment. It wouldn’t be the last time.